So a little history on how we got here.  In Hoi An we ran into a father / daughter from Texas / Grand Caymen.  As we compared places that we’ve been, they raved about Trang An grottos.  We decided we wanted to stop here since we had to head back to Hanoi, and it was on the way.  No regrets with this decision.  Absolutely beautiful. 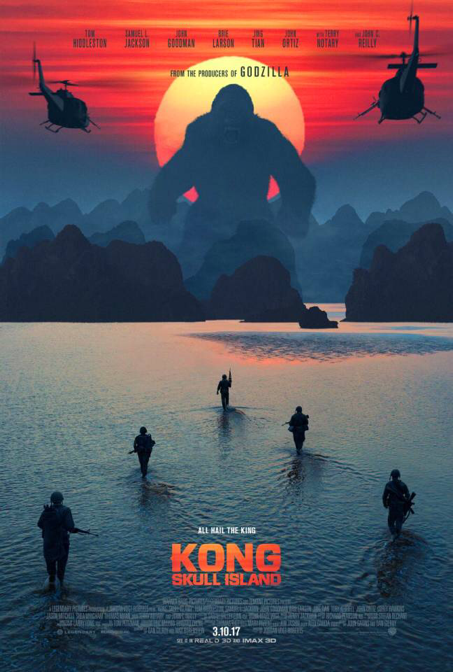 Trang An was one of the locations where they filmed Kong Skull Island. Yes, I admit I watched ANOTHER King Kong remake. 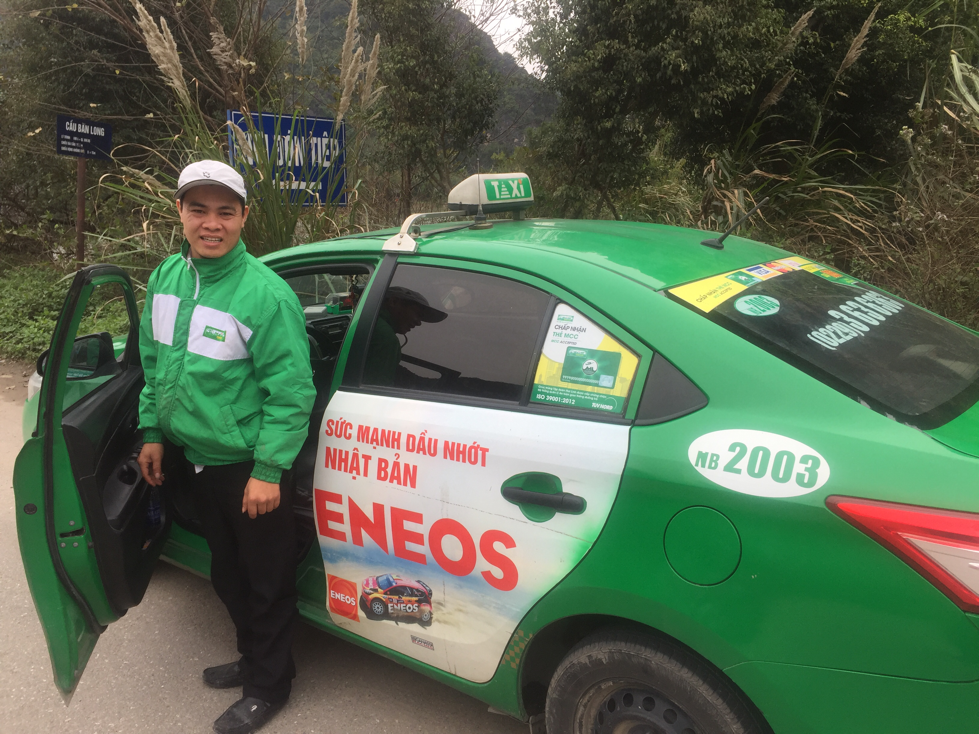 We took a taxi to get to the tour.  This guy was great.  He came back to pick us up 4 hours later. 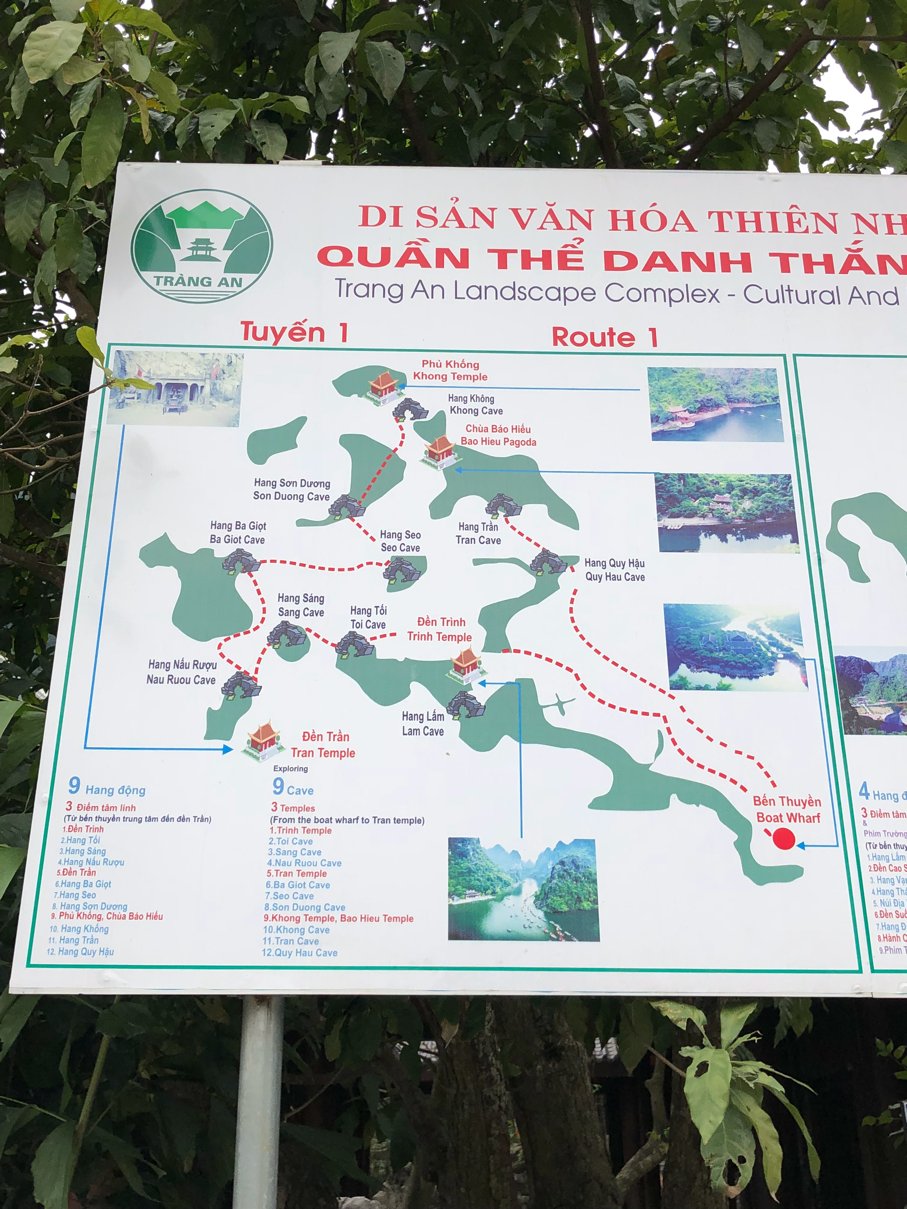 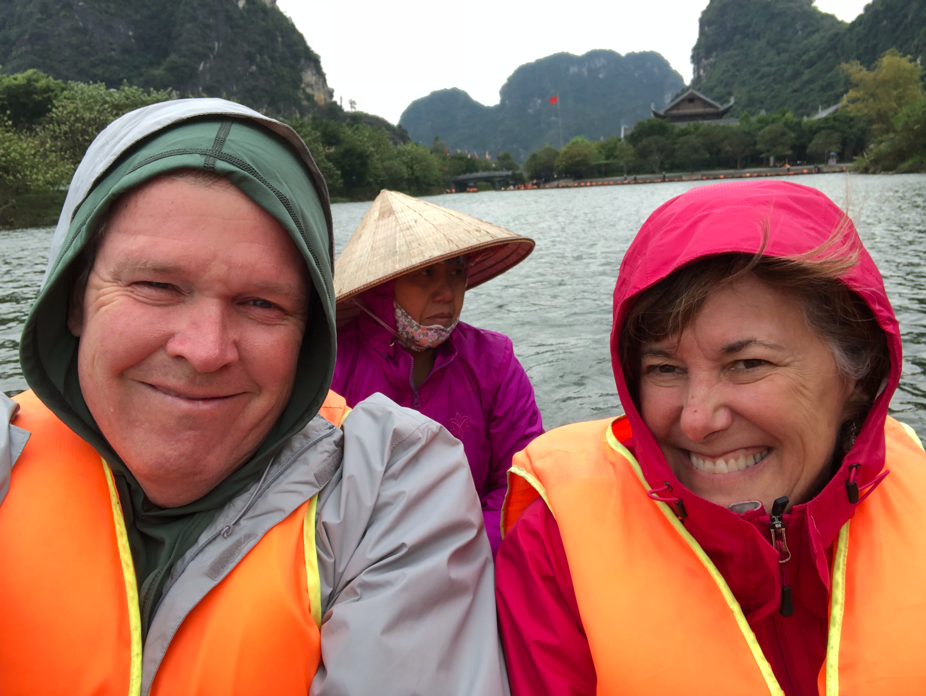 We were paddled around for 3-1/2 hours seeing the sights.  It was gray and overcast and in the 50s. We were determined to see Trang An. 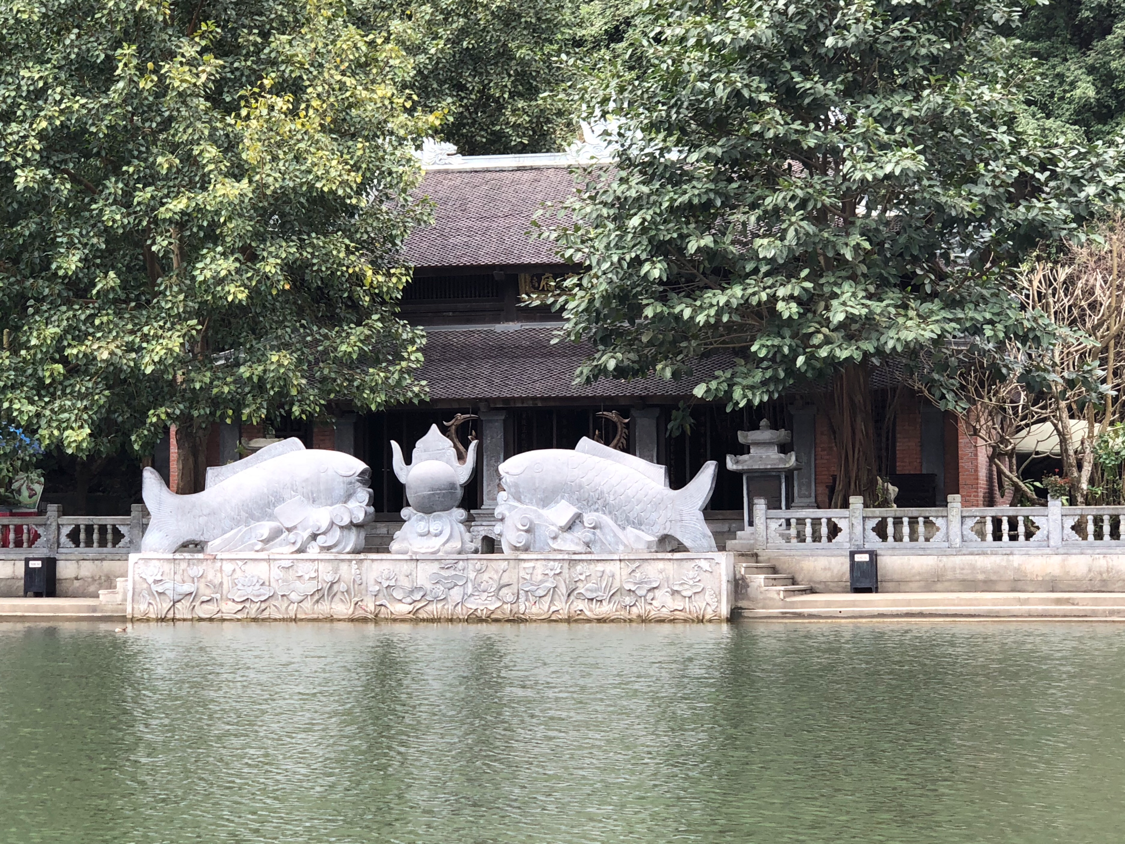 We stopped at some beautiful temples. 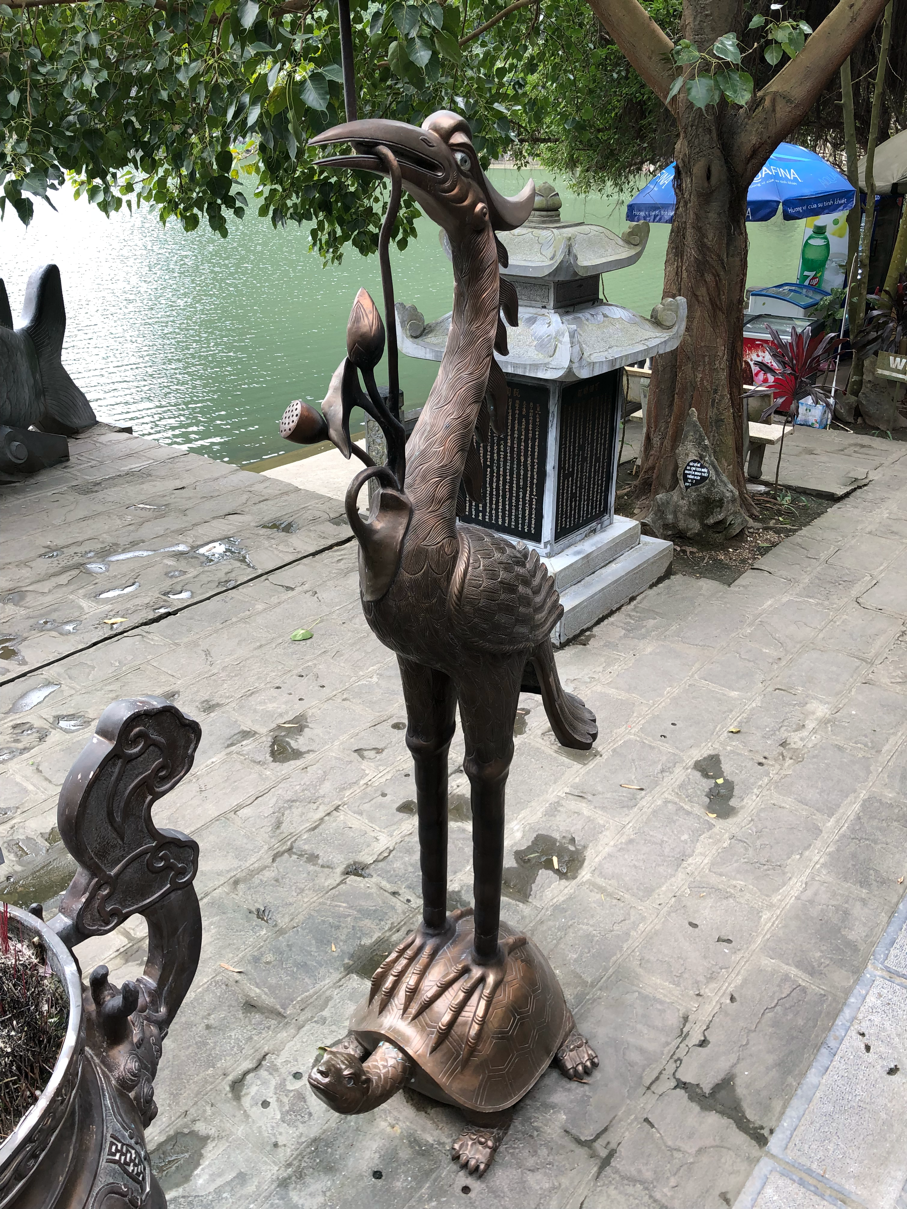 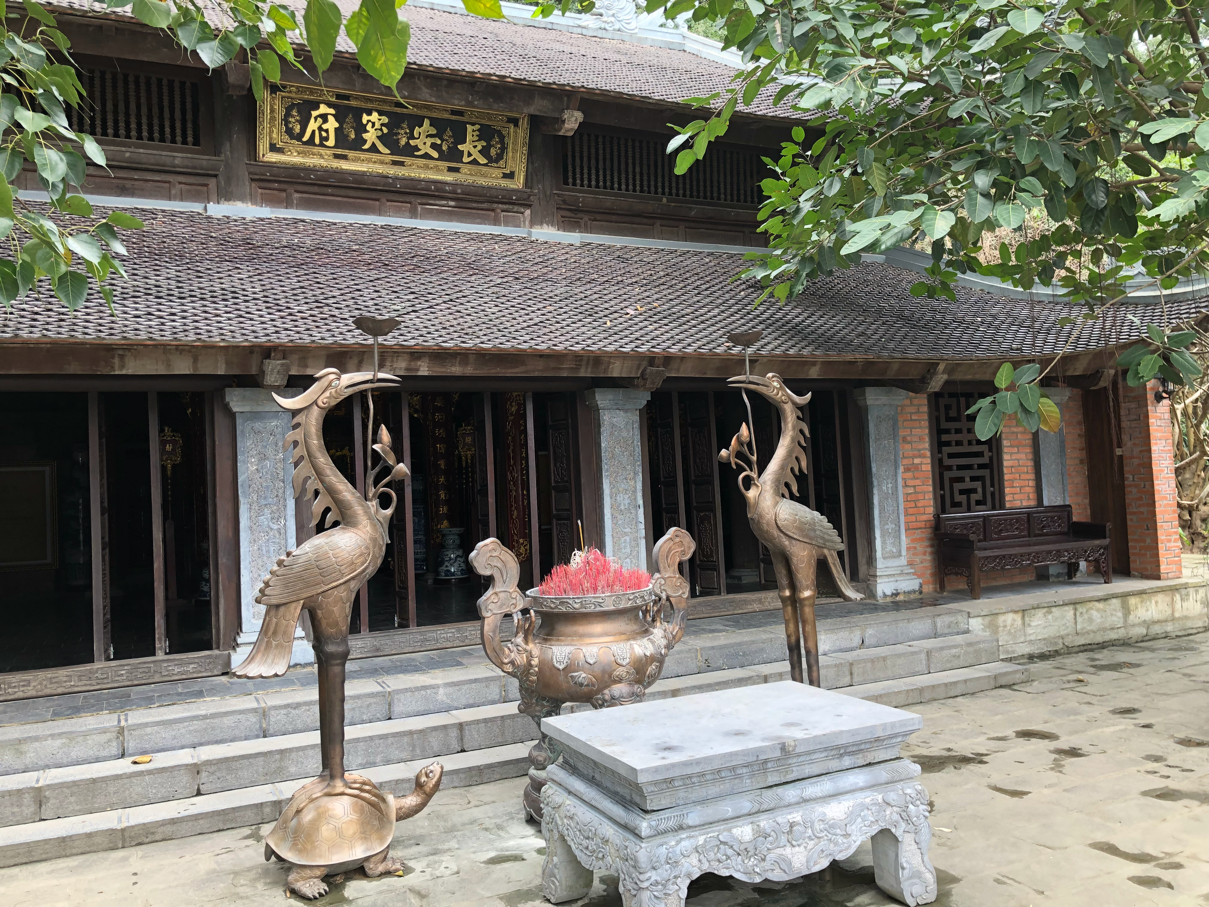 The statues of a crane standing on a turtle are common at temples. We were really curious to understand what these symbols mean.  I found the best explanation at this blog (Click Here).  Makes sense to me! 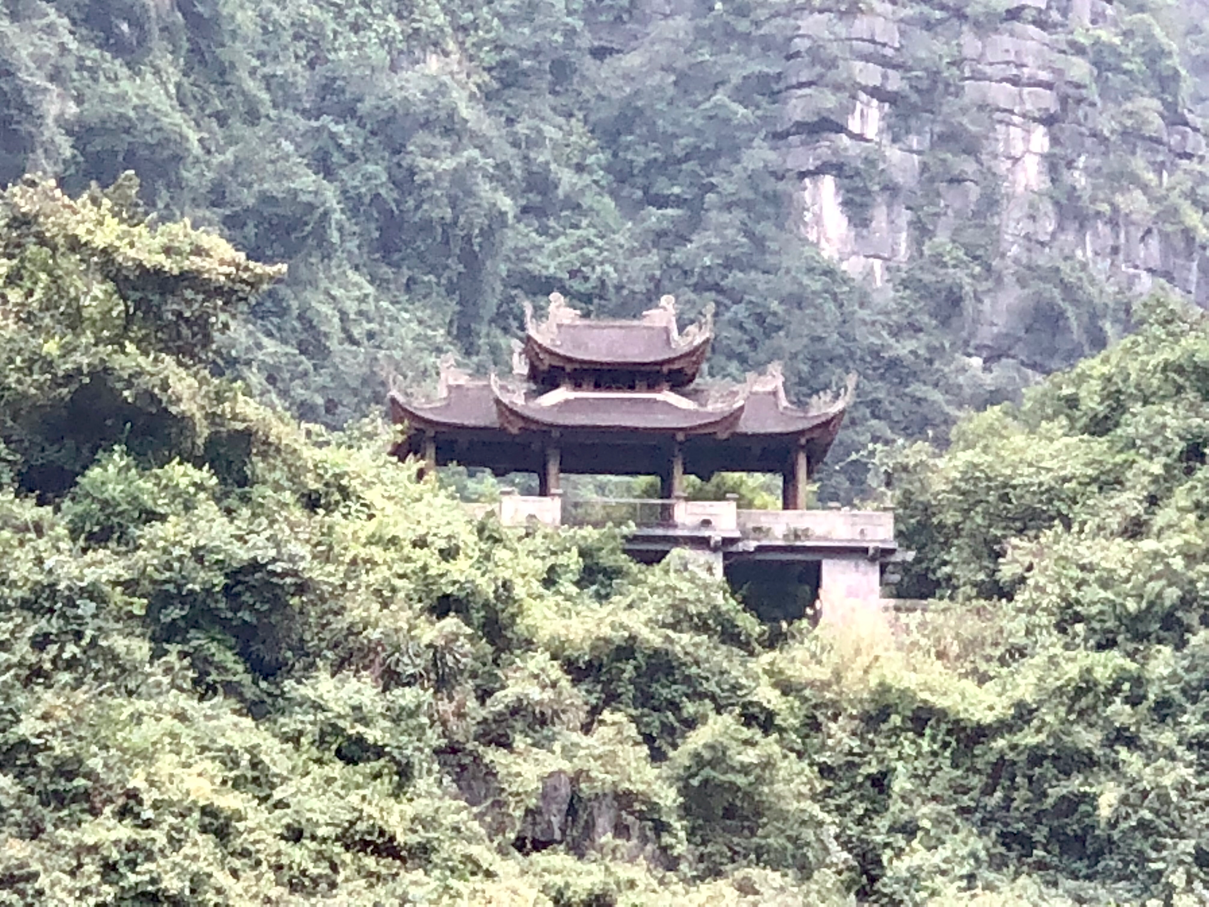 This beautiful place was literally in the middle of nowhere. 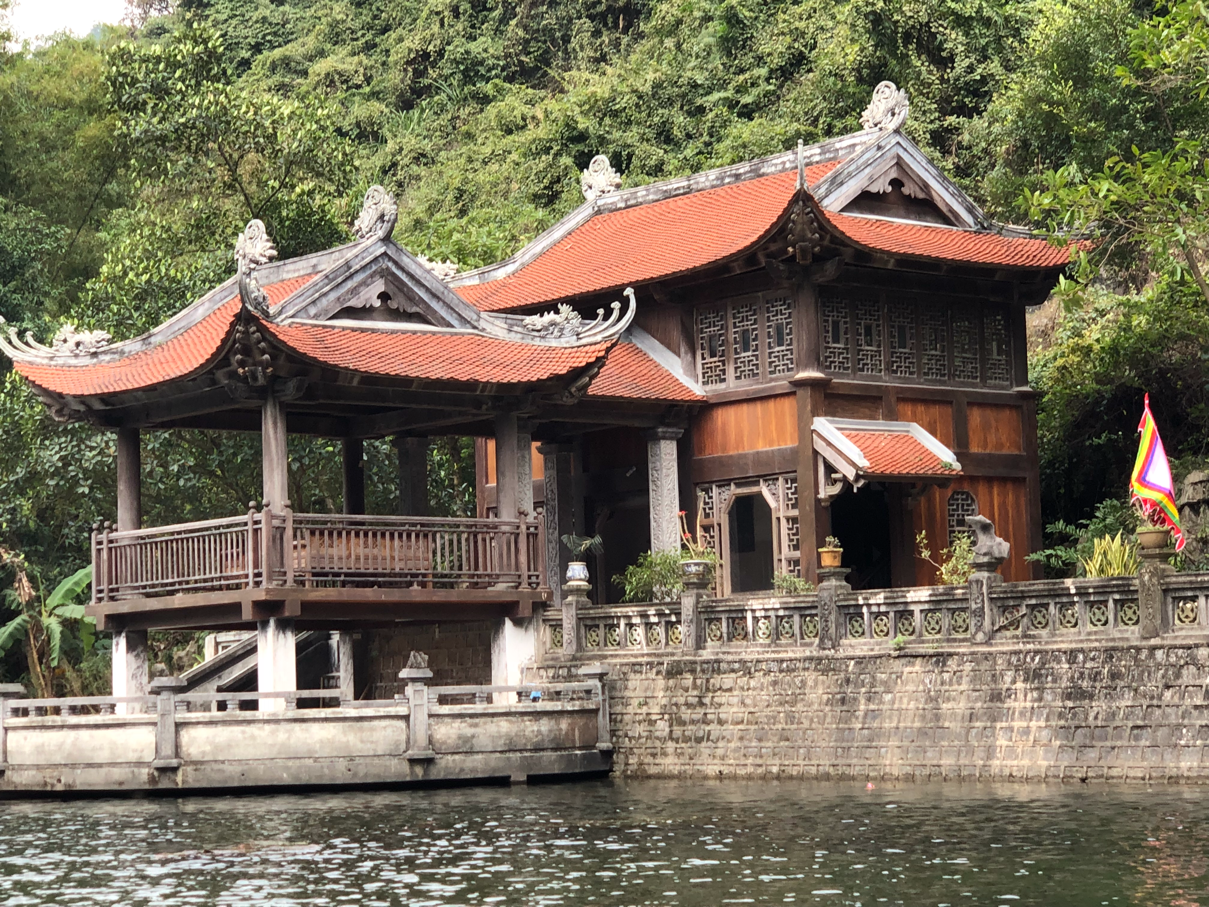 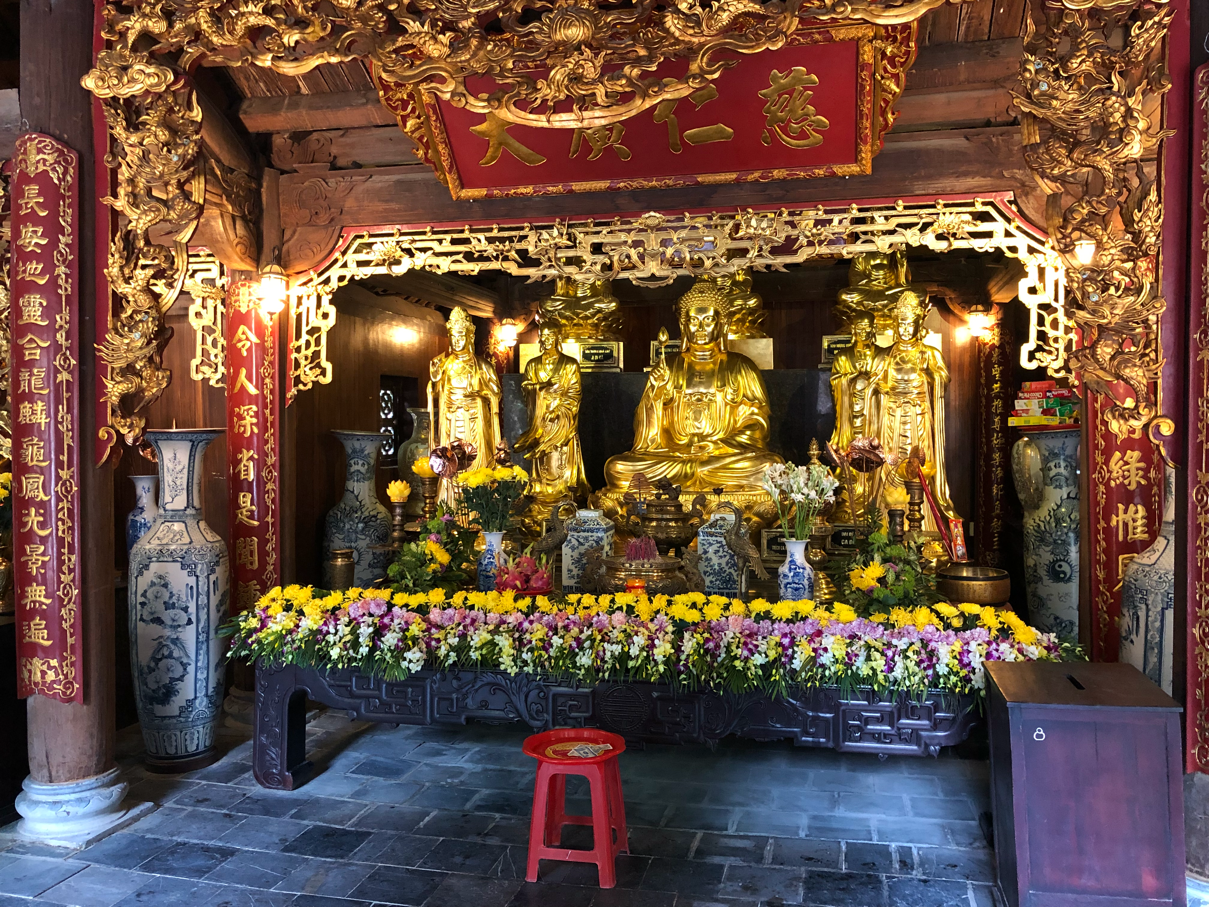 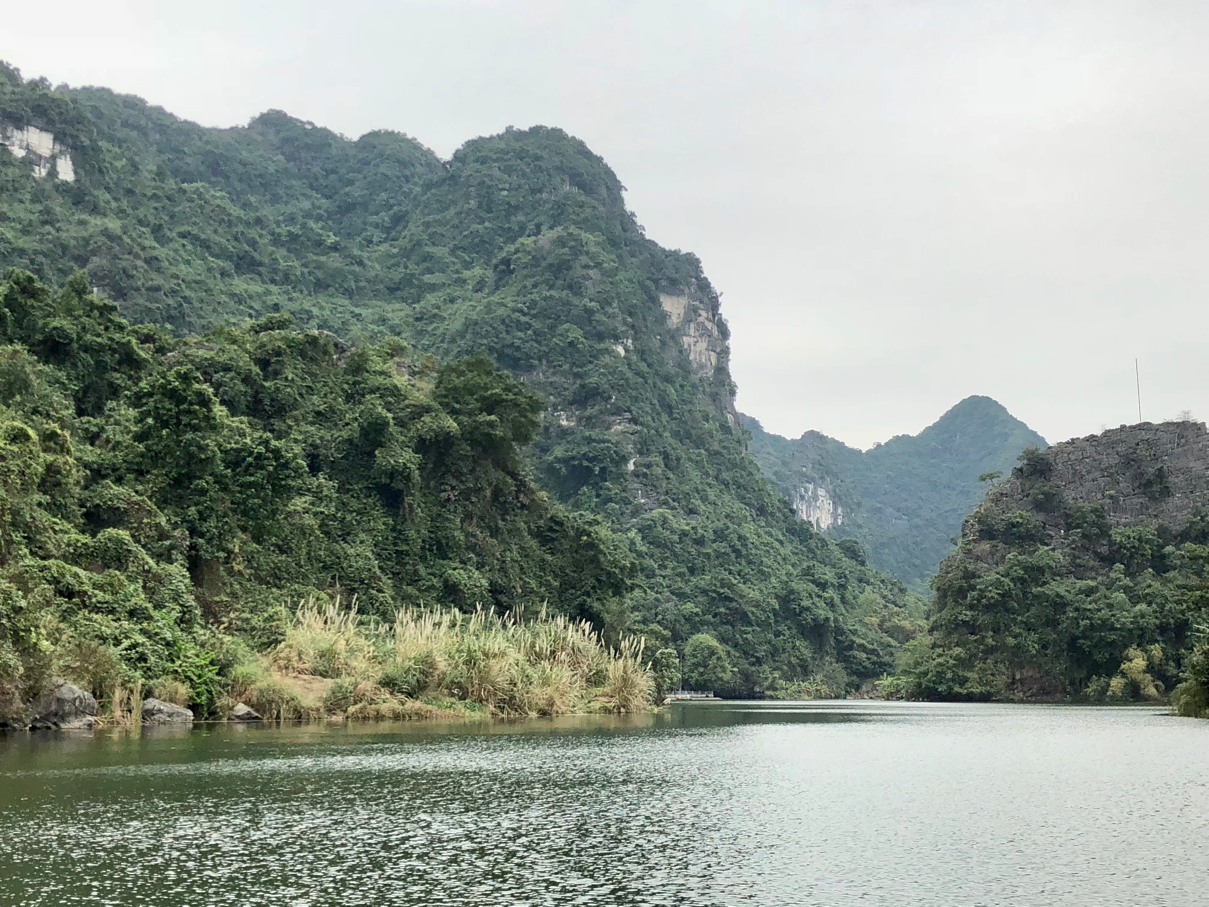 Breathtaking scenery even if it was overcast and in the 50s. 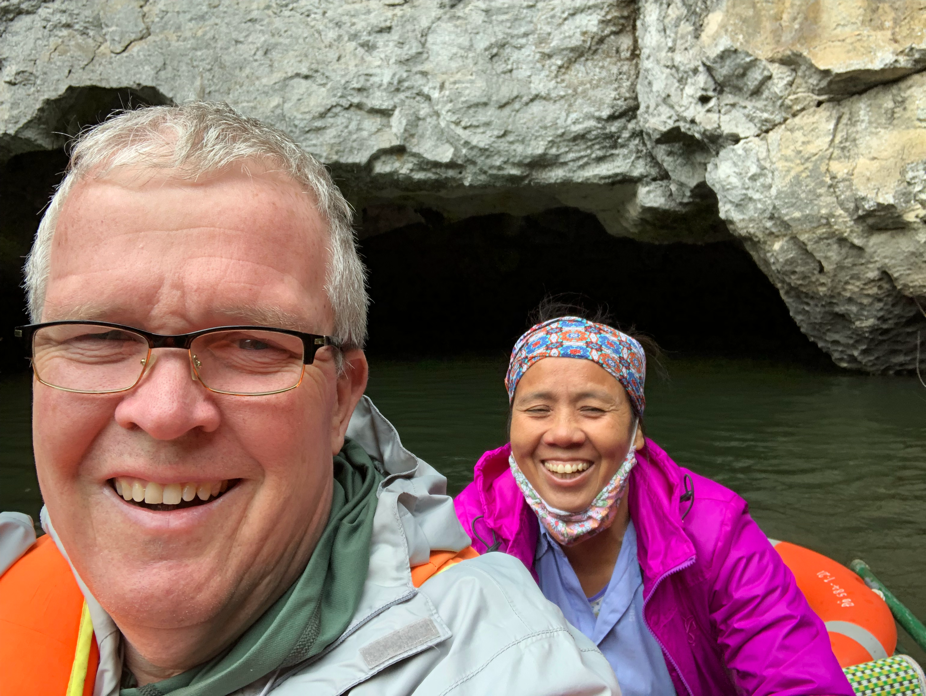 She was such a nice lady pointing things out to us, making sure we did not bump our heads, etc. All without a word of english. 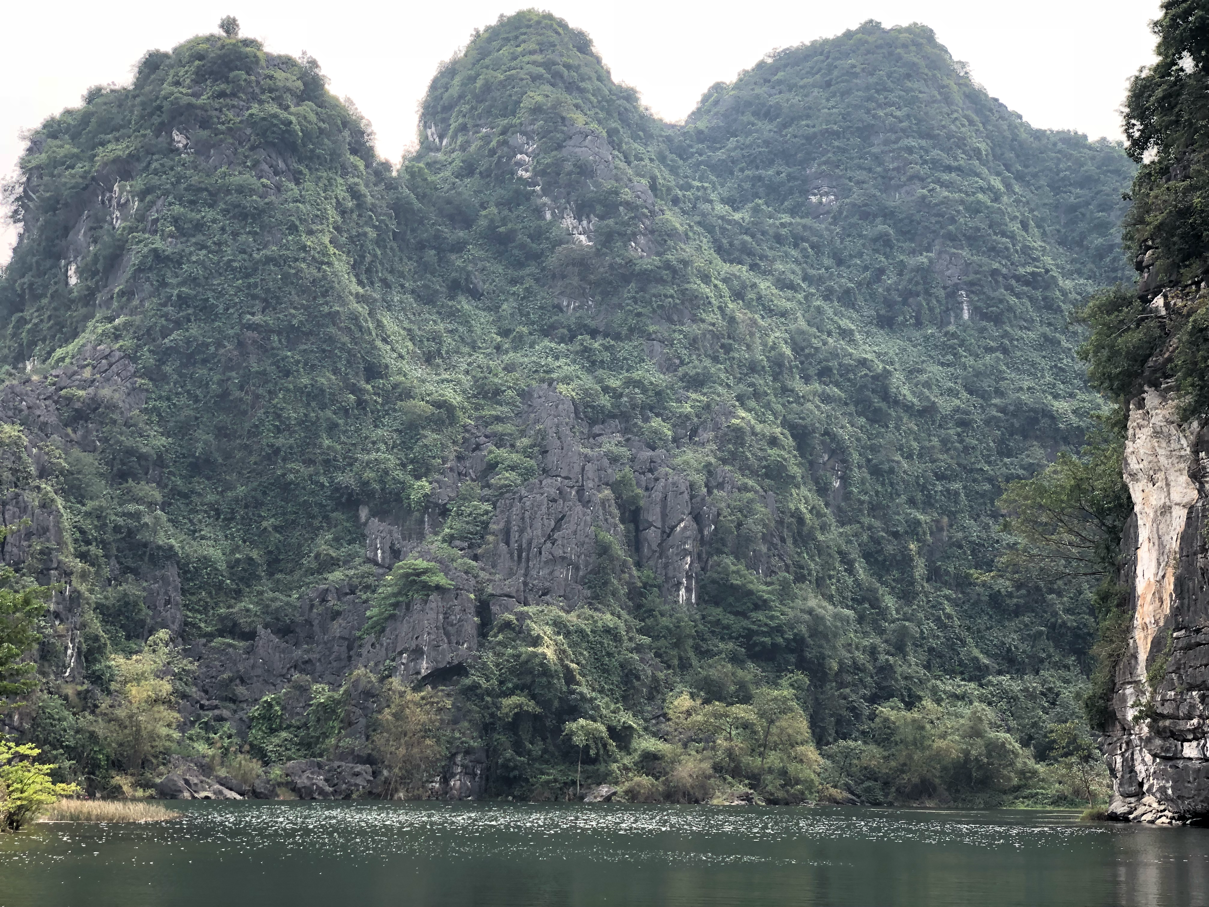 We kept waiting for Kong! 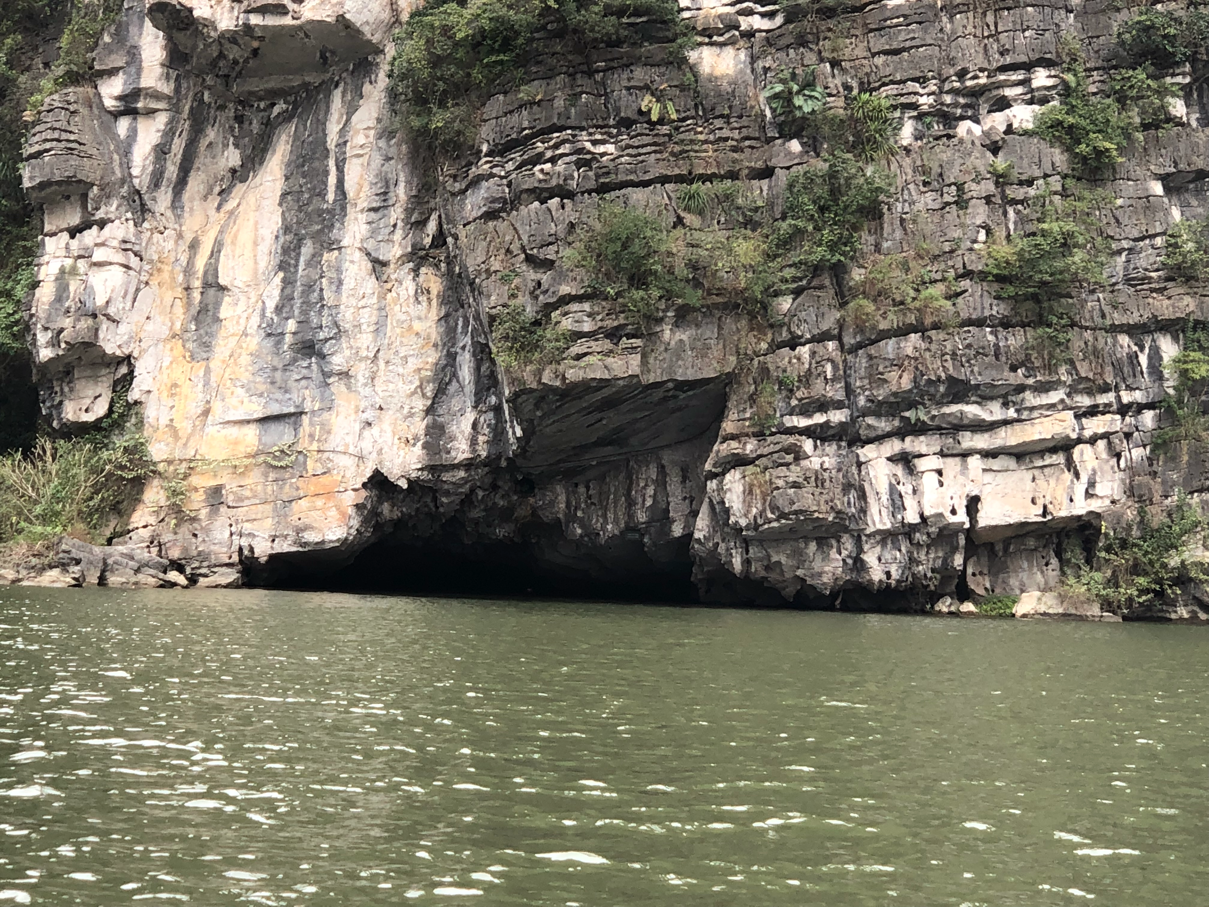 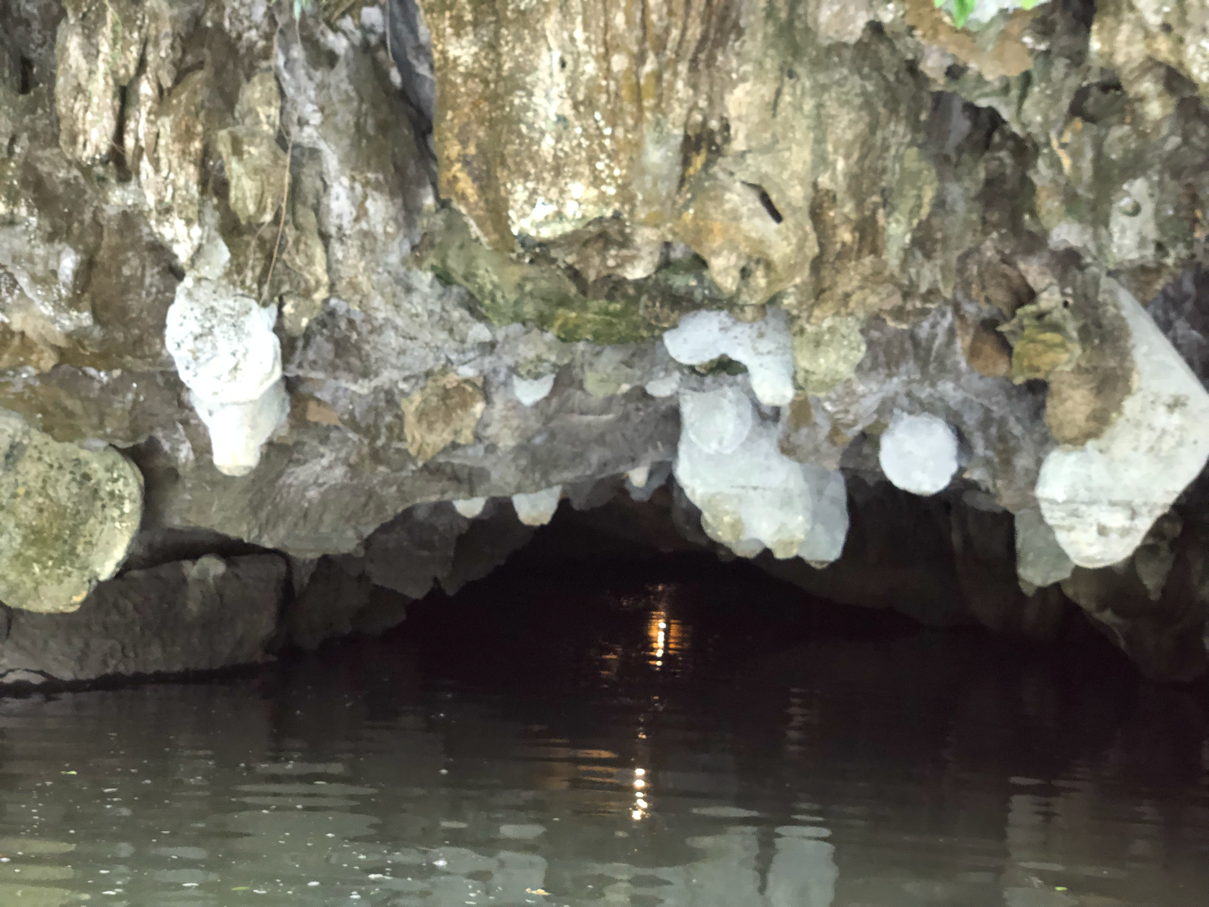 The geologic formations were like they were from another world. 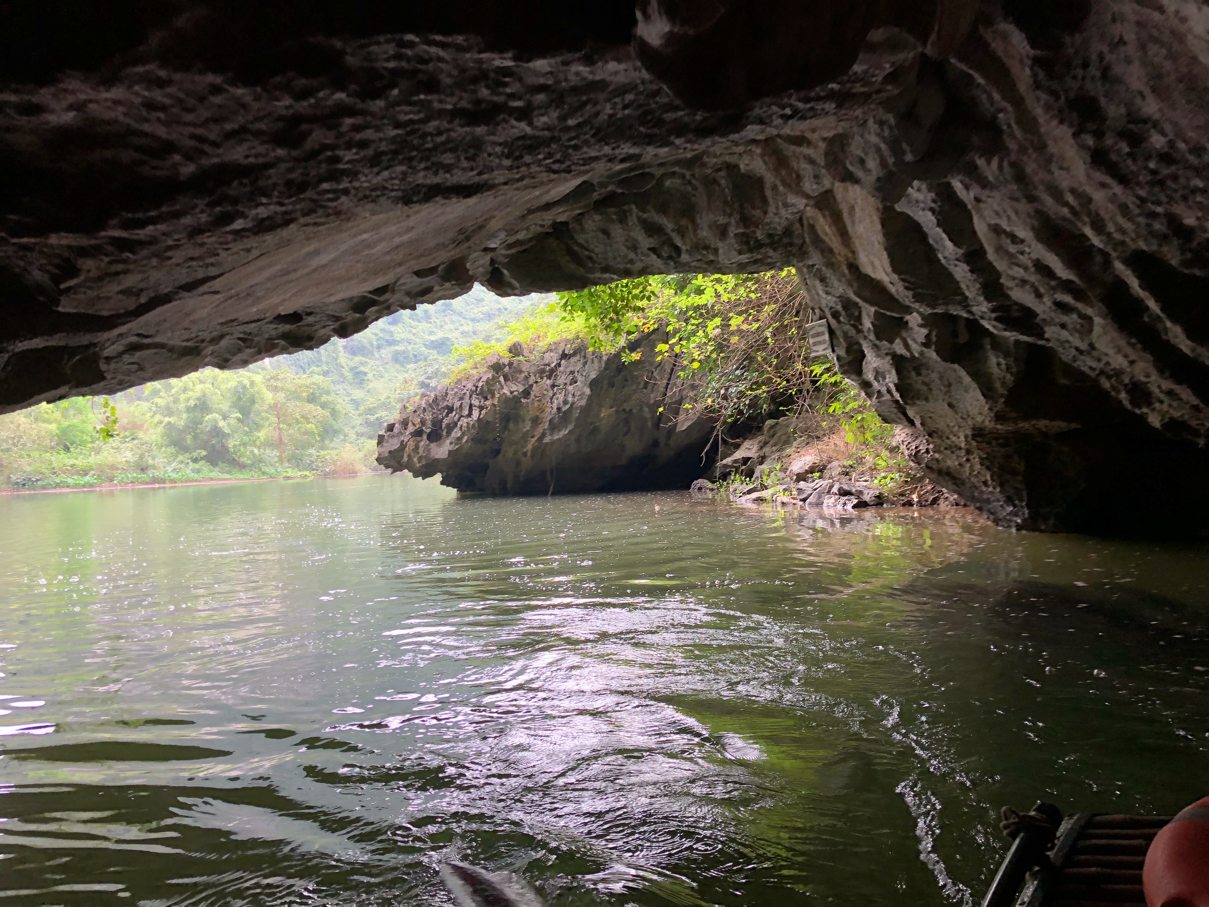 And came out into new panoramas! 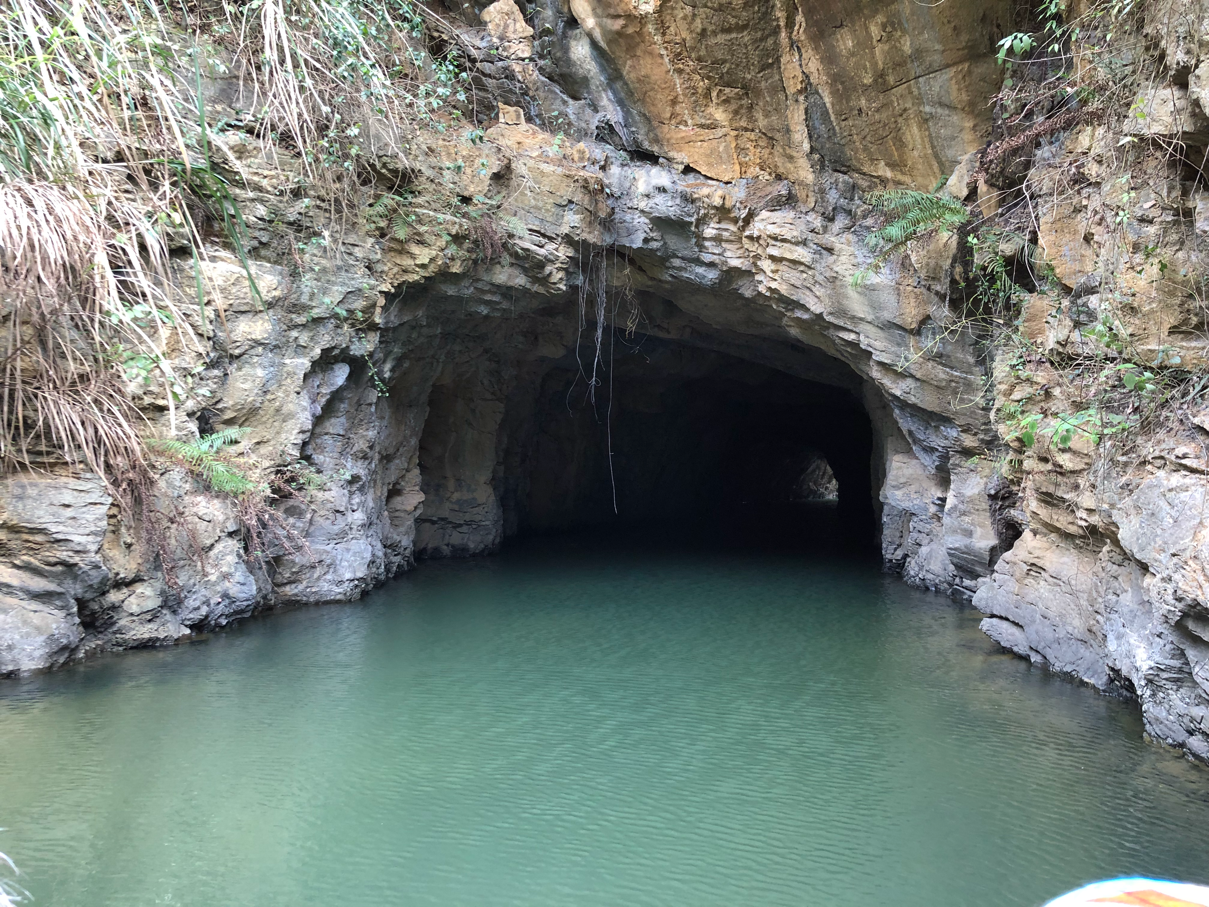 Out we came - over and over. They had one cave filled with these earthenware containers where they made wine! 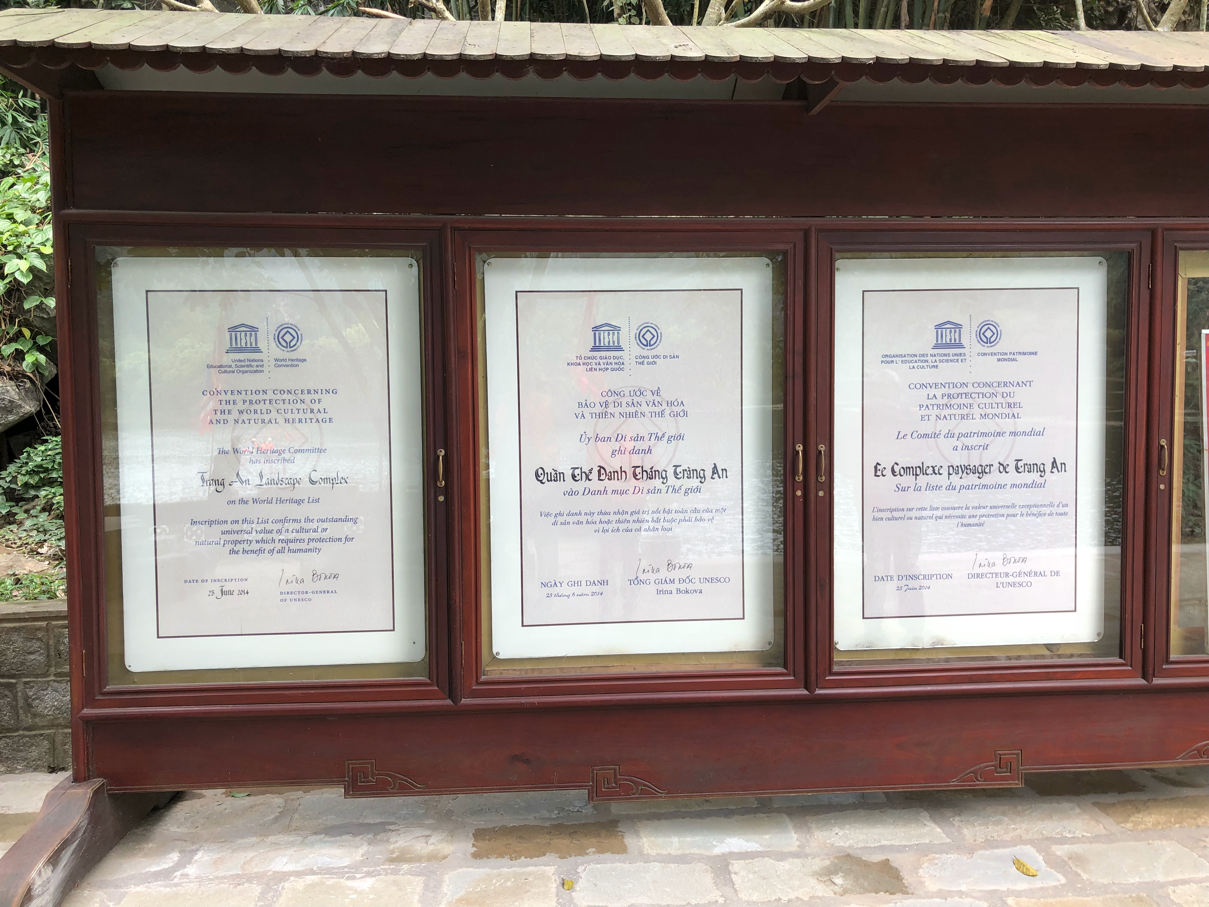 The whole area is a UNESCO World Heritage Site. 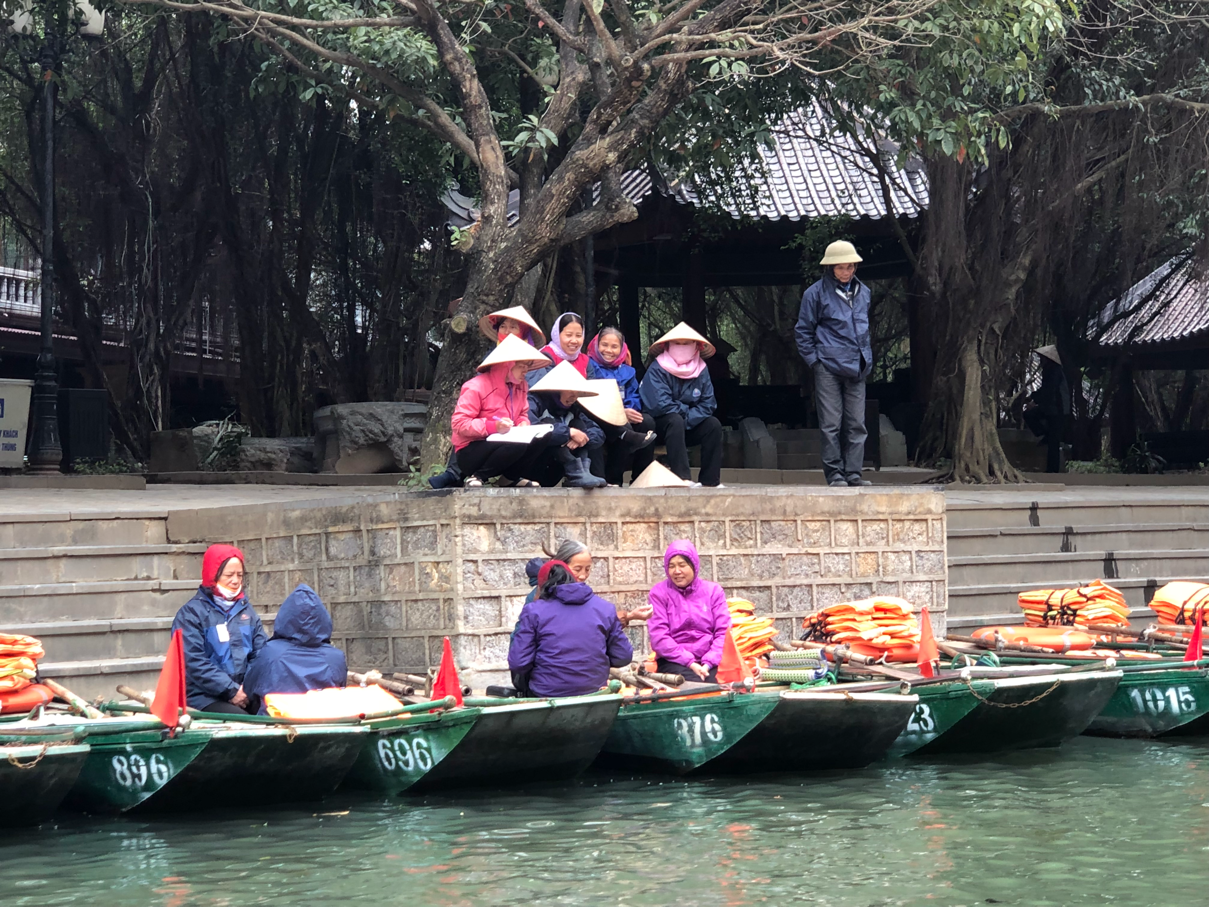 With many, many tour guides waiting to paddle you around the park.

This was a great video they showed at the parks entrance. It’s about 8 minutes but well done.

Well worth the visit!
Posted by The Nomad Retirees at 9:00 PM