We had three days in Bangkok before heading to Hanoi. Time flies!  So many things to do and so little time. We'll be back in Bangkok at the end of the month after a couple of weeks in Vietnam. So.....our the first of last two days in Bangkok focused on the Chao Phraya river. Definitely spend time along it in Bangkok, it's well worth the time.
We ended our second day with a two hour Thai massage—words cannot describe how good that felt. Laura tells me I missed a good part of the pleasure based on my "rhythmic breathing." After 30 hours of travel to get here, it was definitely needed! 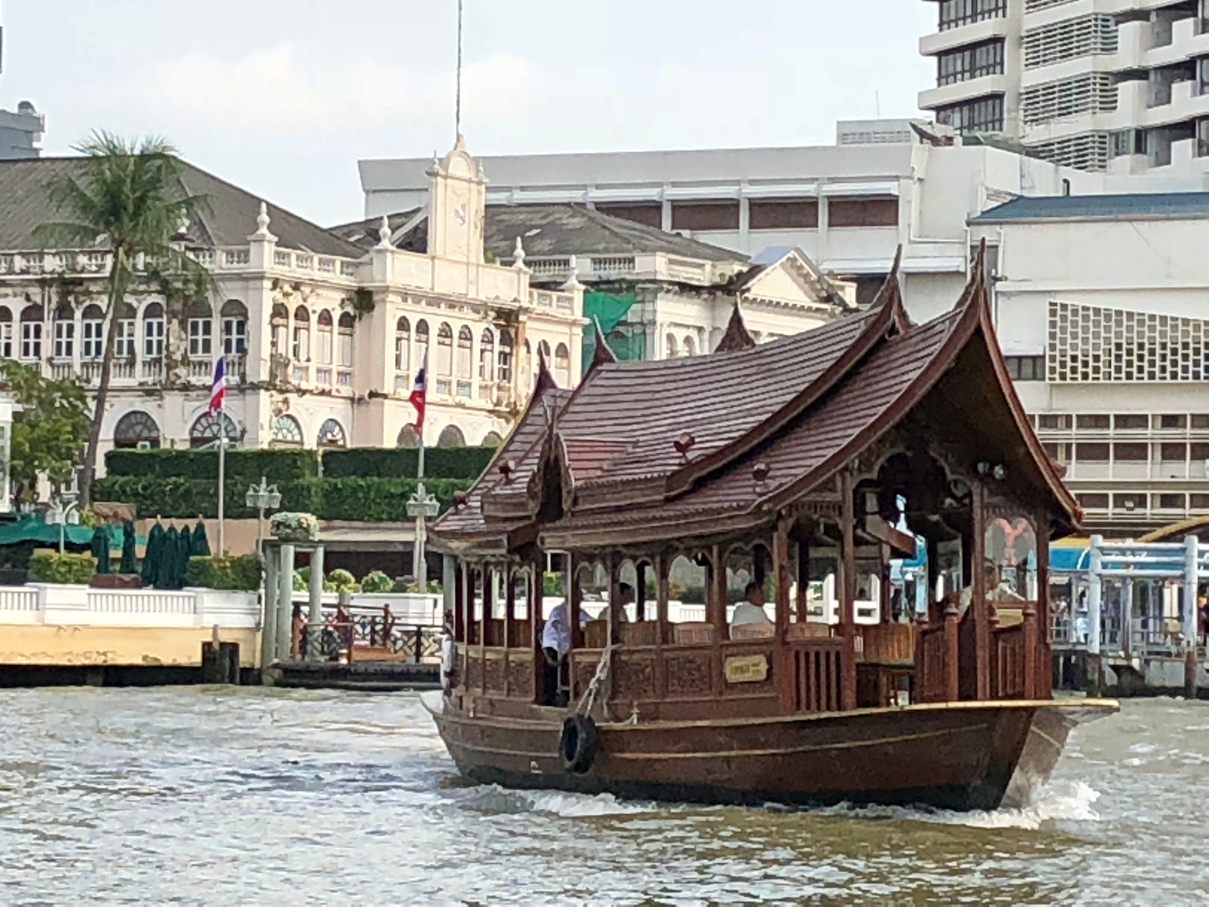 The boat trafffic was amazing with so many different kinds of boats using the busy Chao Phraya river. In previous posts we've talked about taking hop on hop off buses to get a better appreciation for a city.
In Bangkok we found a hop on hop off boat that we used to see key sites along the river.
That’s the Grand Palace in the background. 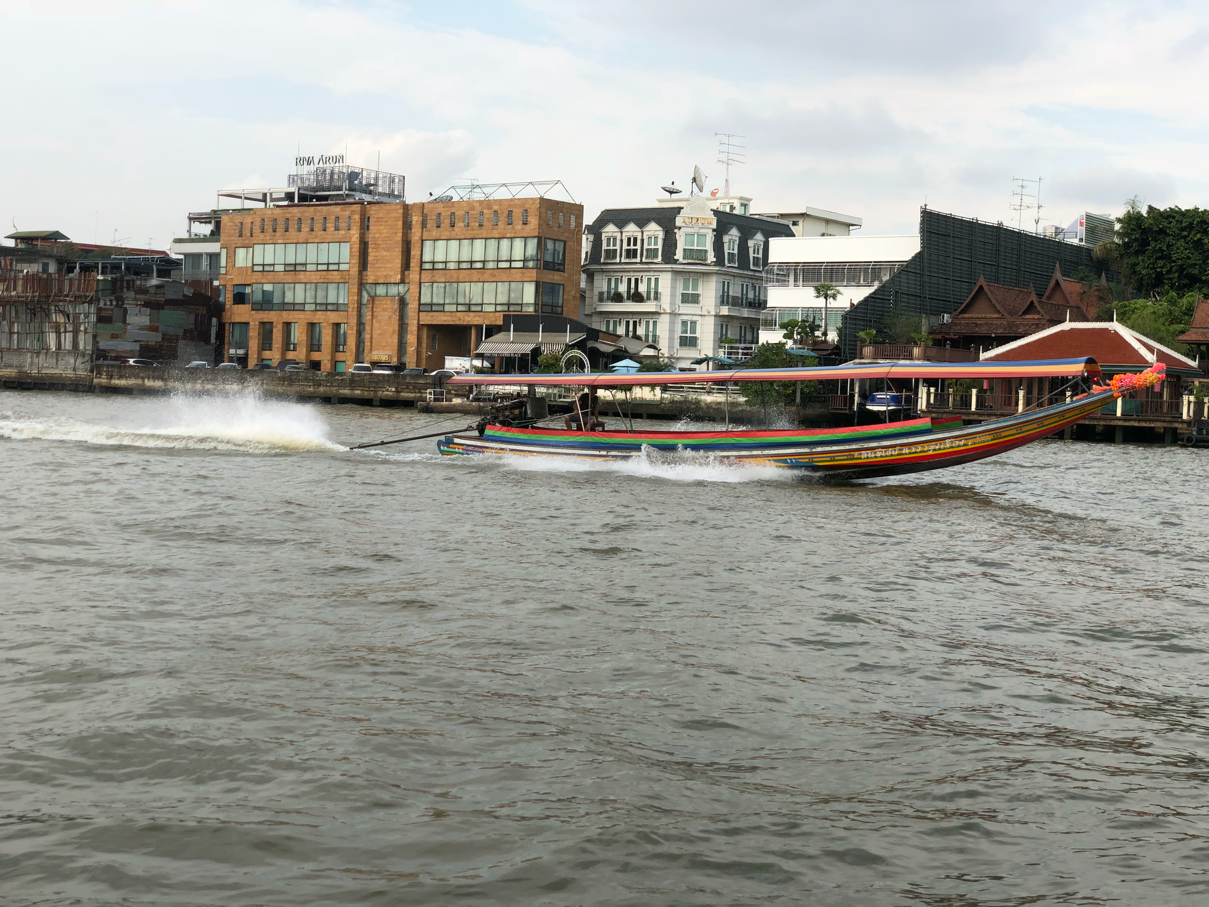 A long tail boat, the taxis on the waterway. 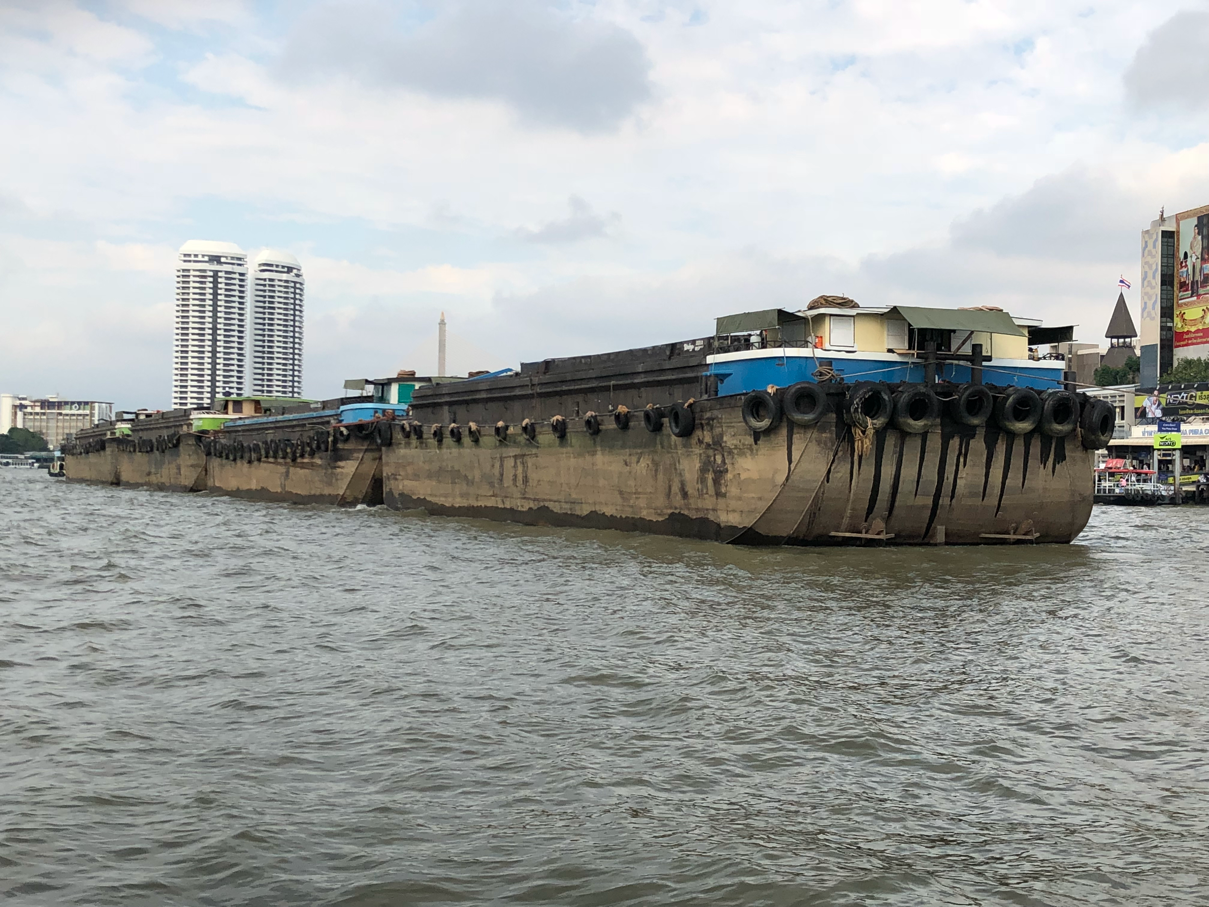 Barge “trains” moving commence were common on the river. 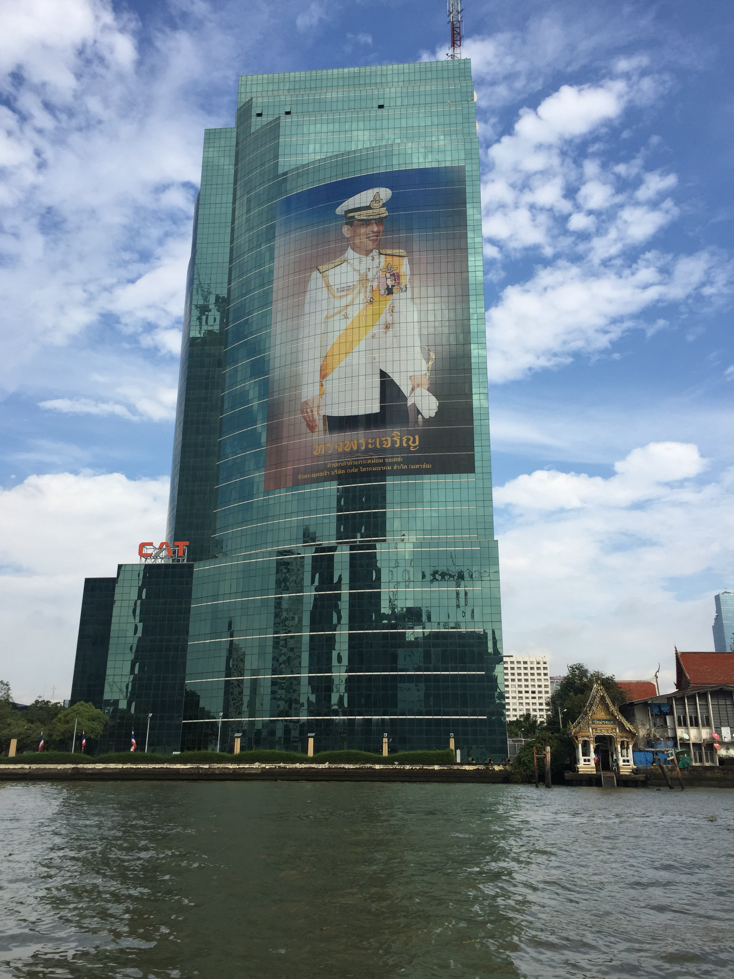 Thais are very proud of their new king—everywhere you see pictures celebrating his coronation in 2016.
His father reigned for 70 years. 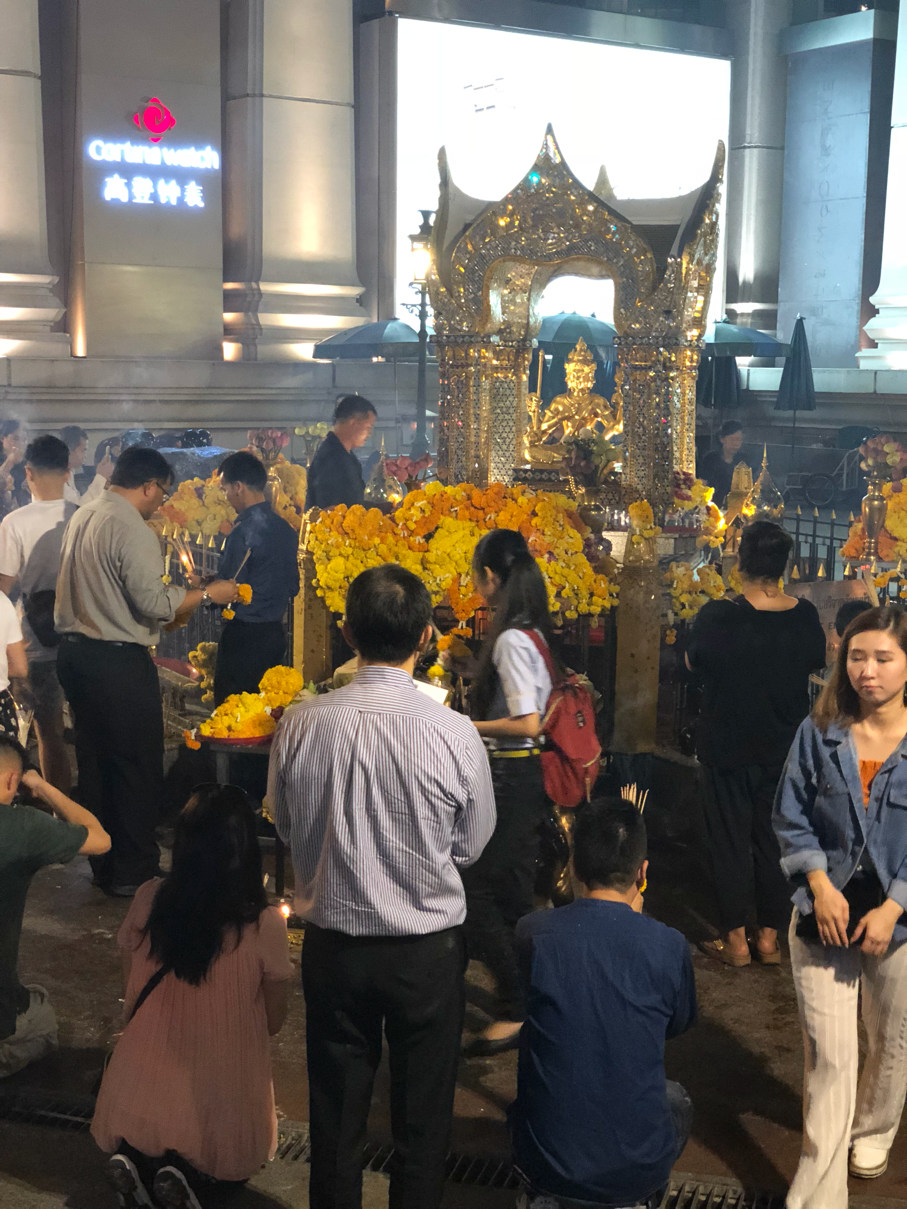 The Erawan shrine close to our hotel. This is where the bombing happened back
In 2015. 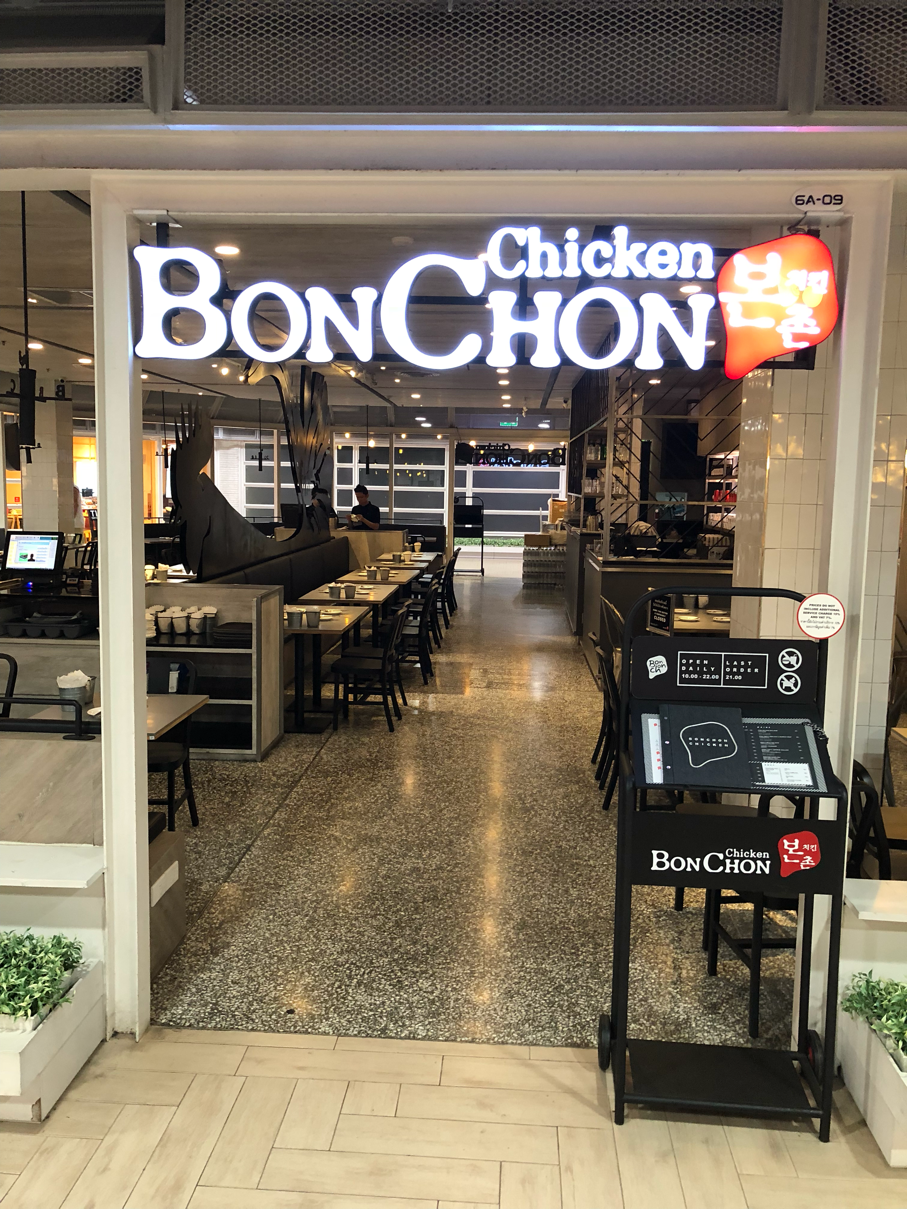 We went to a food court in the Central World mall and had some of the best chicken wings
for dinner, an upscale Korean chain. Great chicken wings from chicken wing “connoisseurs”. 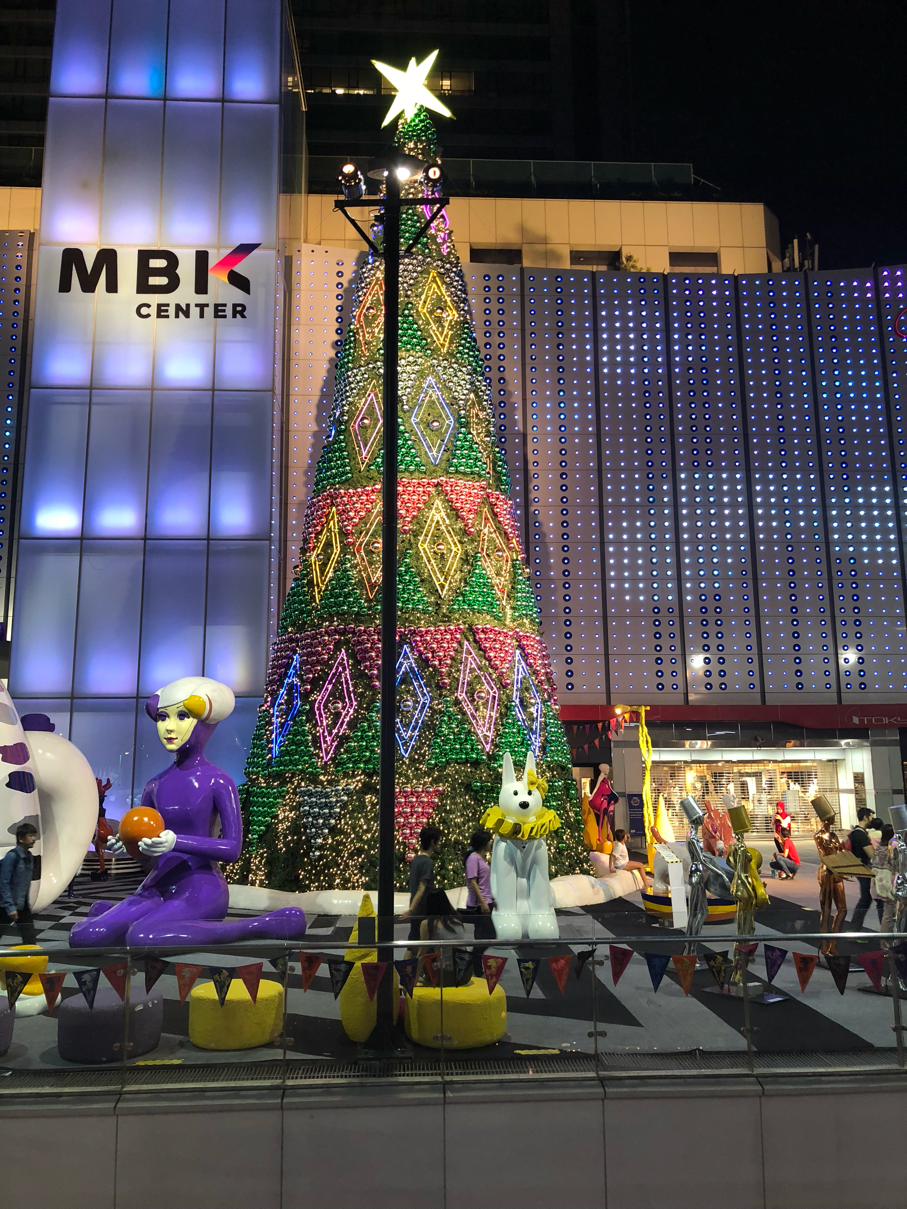 We were surprised to see them still celebrating Christmas and New Year's holidays,
listening to American Christmas carols at the mall. 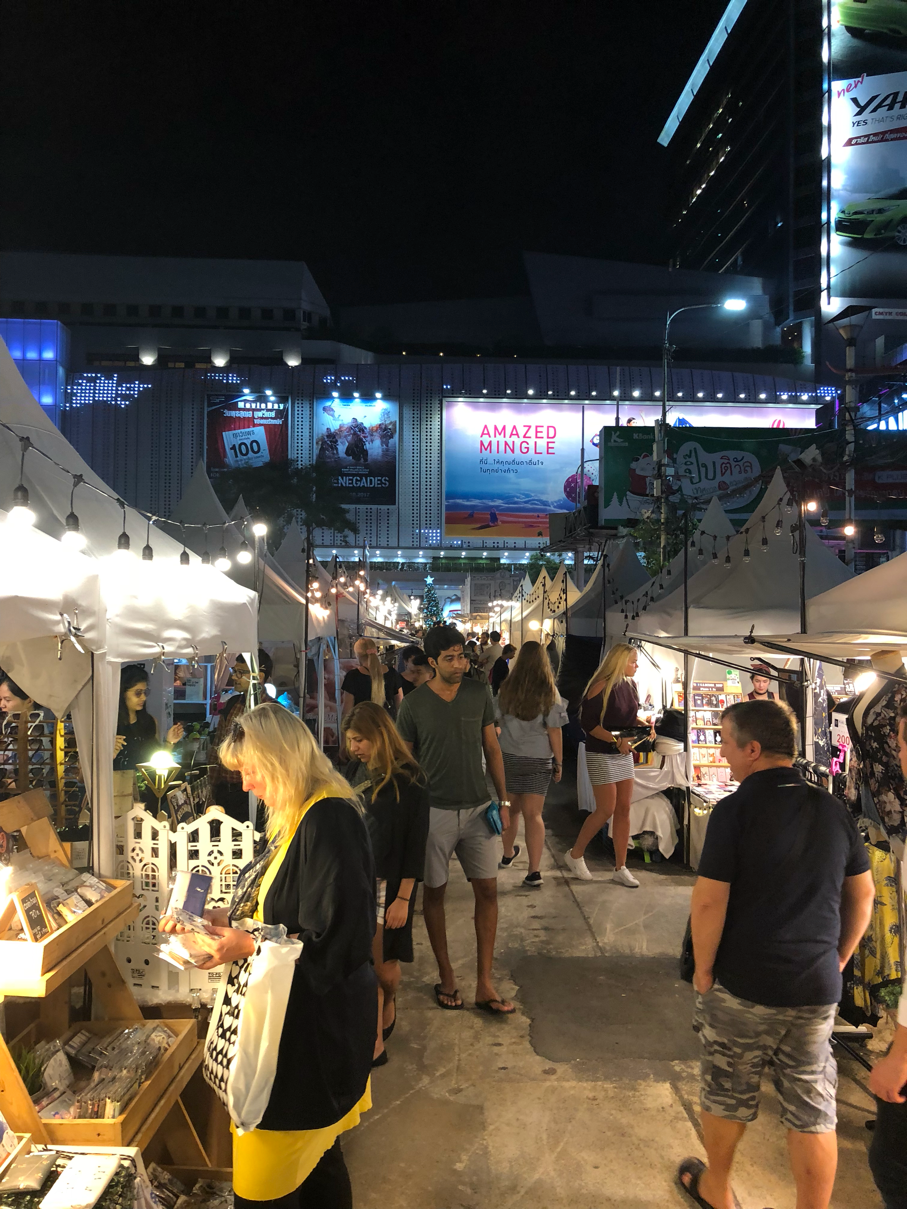 We closed the evening by wandering through some local night markets
which are always interesting. 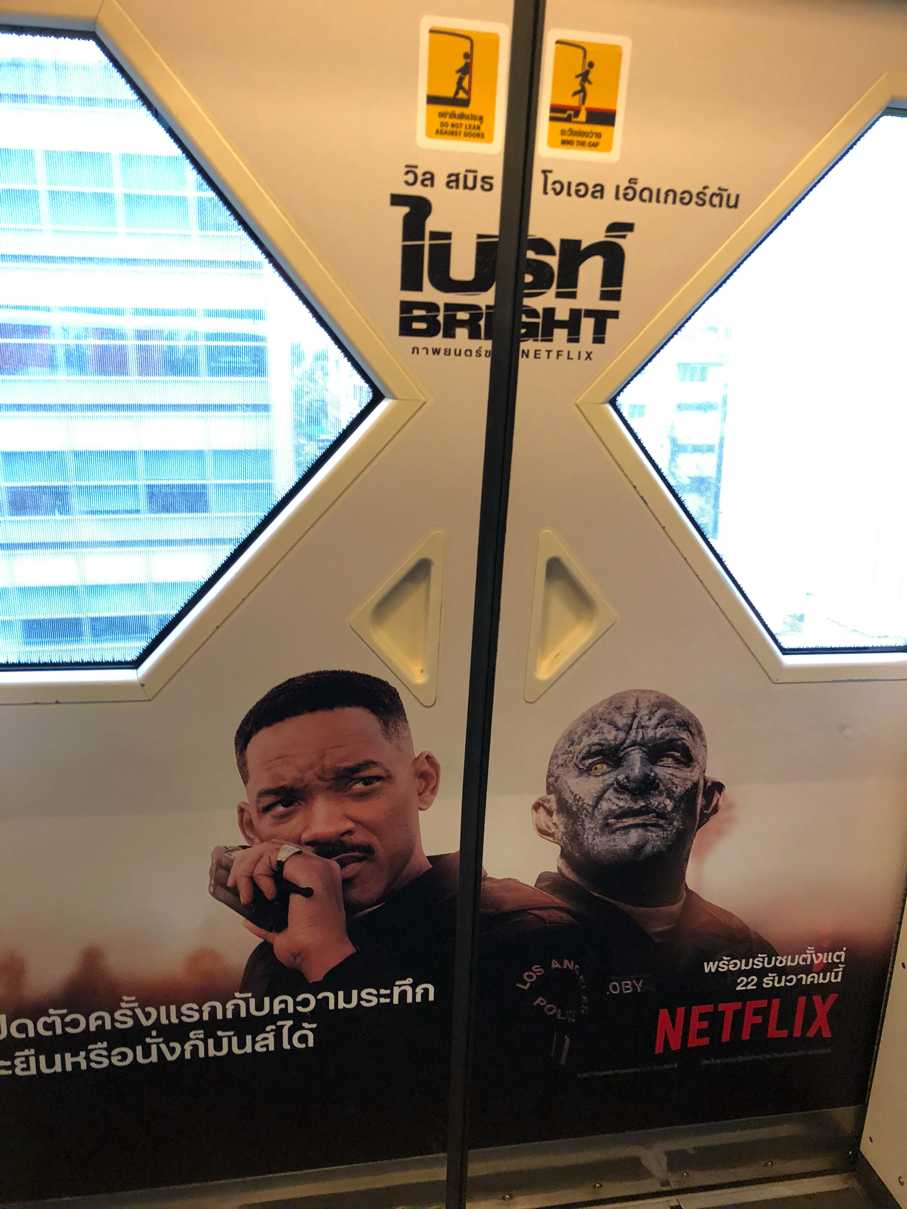 There is a great train system in Bangkok; they are moving billboards. Netflix is alive and well in Bangkok!
Taking trains saved us many miles of walking—we still walked over 20 miles in the city. 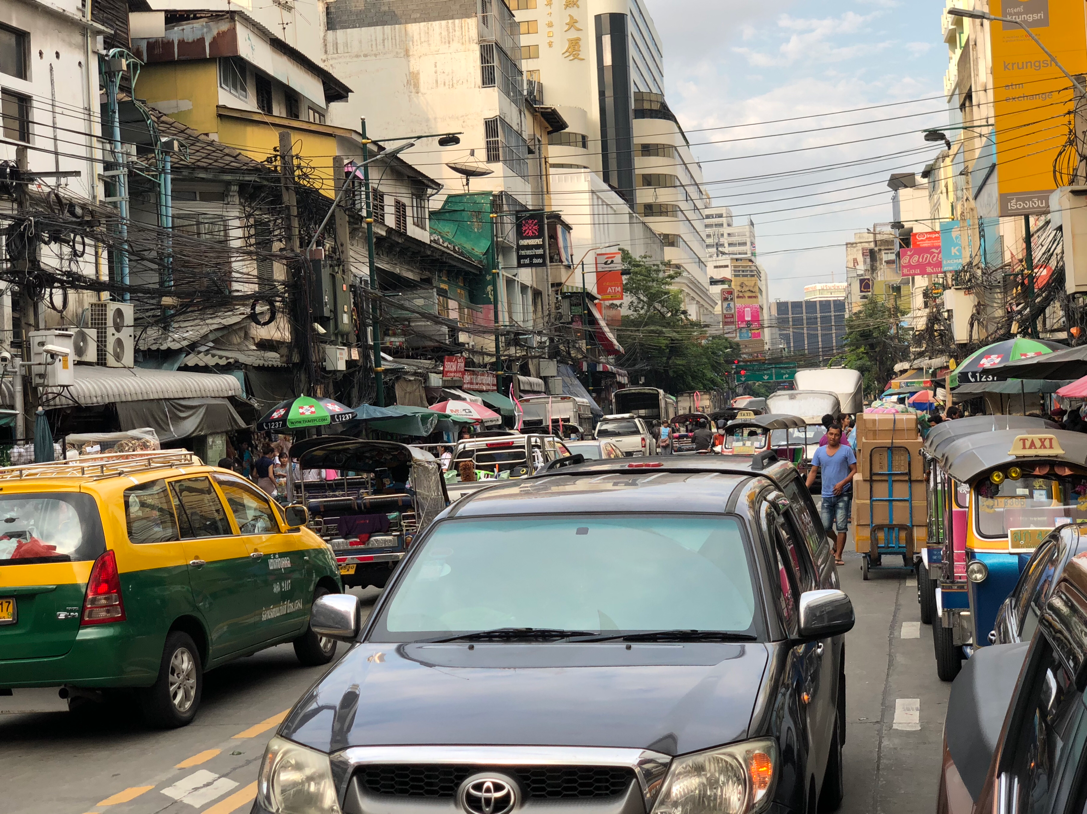 It’s a very big city with lots of traffic! 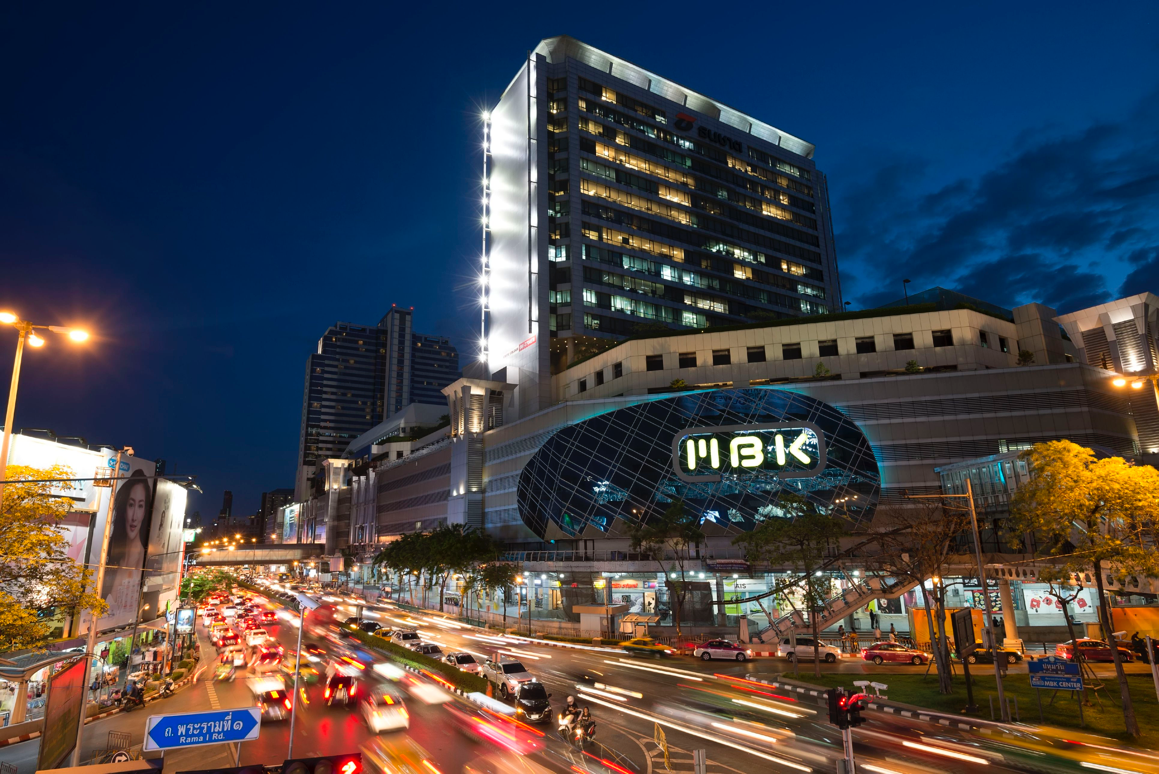 We visited one of the biggest malls in the city called MBK. This was was highly recommended by locals and several books and blogs for its great food court. We had an early lunch, stopping at a couple different food stalls following the practice of each of us choosing one place and one dish to share. We headed back to the MBK mall for dinner since it had an amazing food selection, so many great foods to try. As we walked to the mall, we struck up a conversation with a man who was walking at the same pace as us. He turned out to be a plain clothes tourist police officer and a really nice gentleman who suggested several places to visit. We explored the city by foot wandering through all sorts of local areas that the officer had recommended—he definitely pointed us in the right direction. It was an exhausting but enlightening ~9 mile adventure!
Posted by The Nomad Retirees at 8:28 PM