We took a car from Hoi An to Hue. We drove through Da Nang right along the ocean and the famous “China Beach” (very beautiful). We stopped to see a marble carving shop—I'm sure there was an incentive for the driver to take us there. We continued through the mountains and through fishing villages. It was a beautiful drive.

We wanted to see Hue because of the history of the area. We had watched Anthony Bourdain episodes on Parts Unknown that focused on Hue. The episodes we saw and the places we visited were, let's say, different.

We enjoyed our time in Hue although we were only there for one full day. 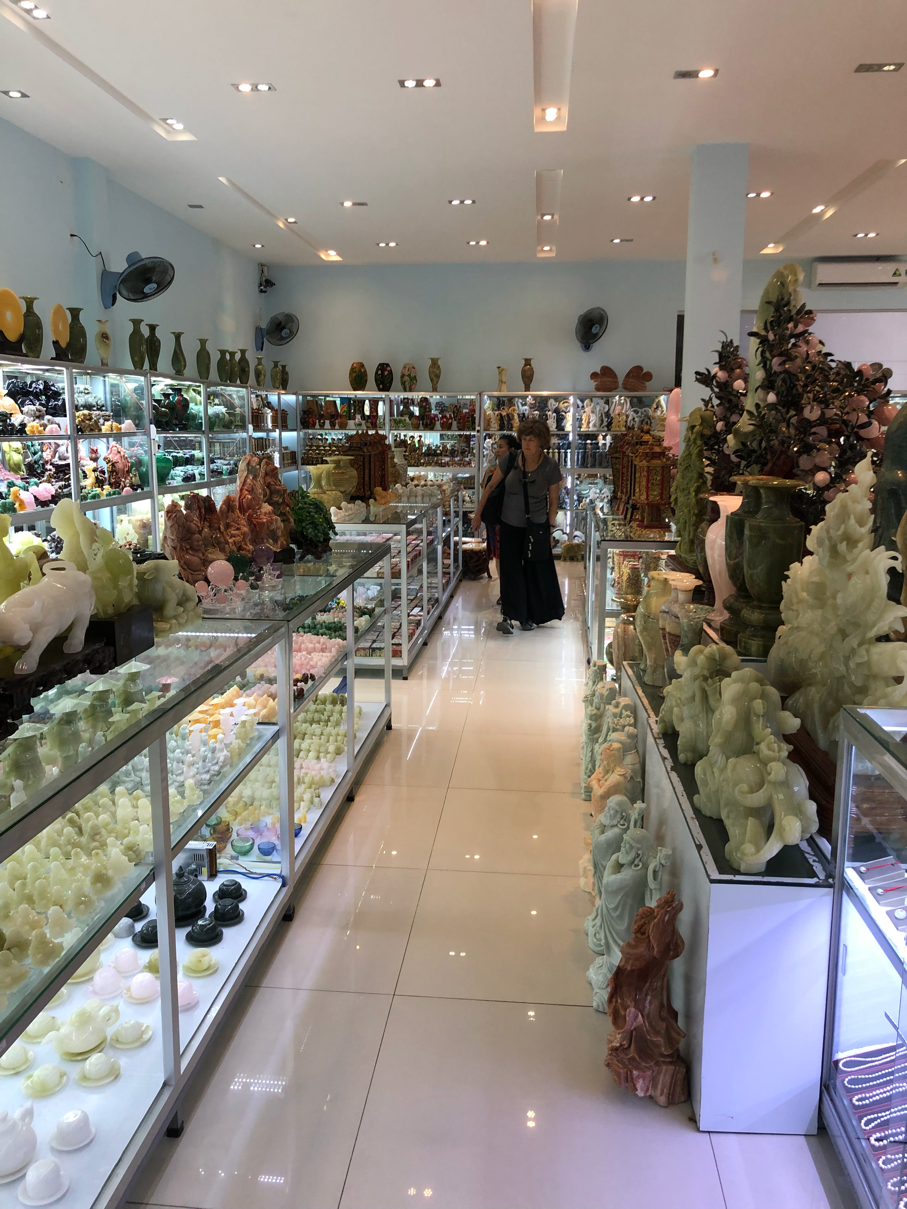 There were so many marble carvings!  They shipped anywhere. 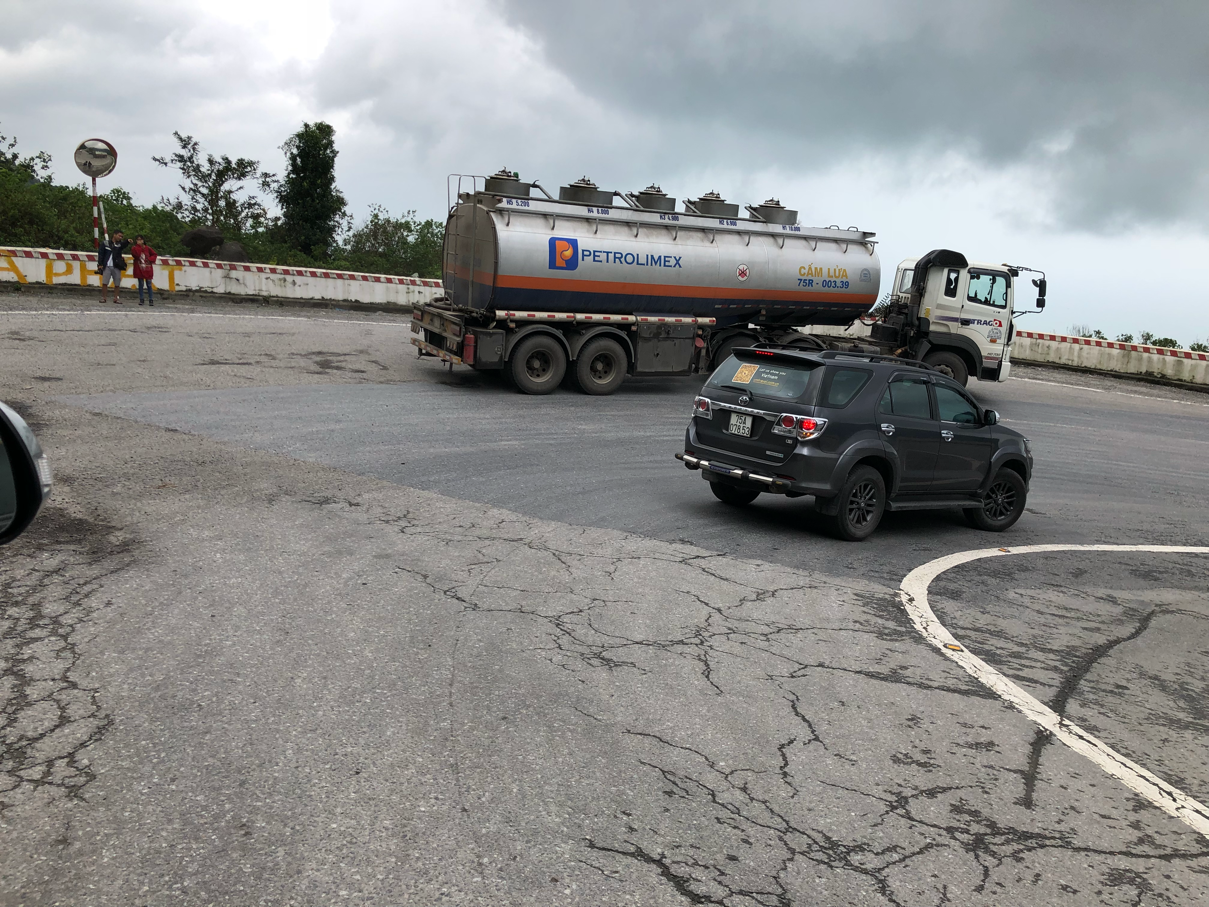 Many switch backs on the mountain roads, on every switch back it was a passing frenzy to get past trucks. 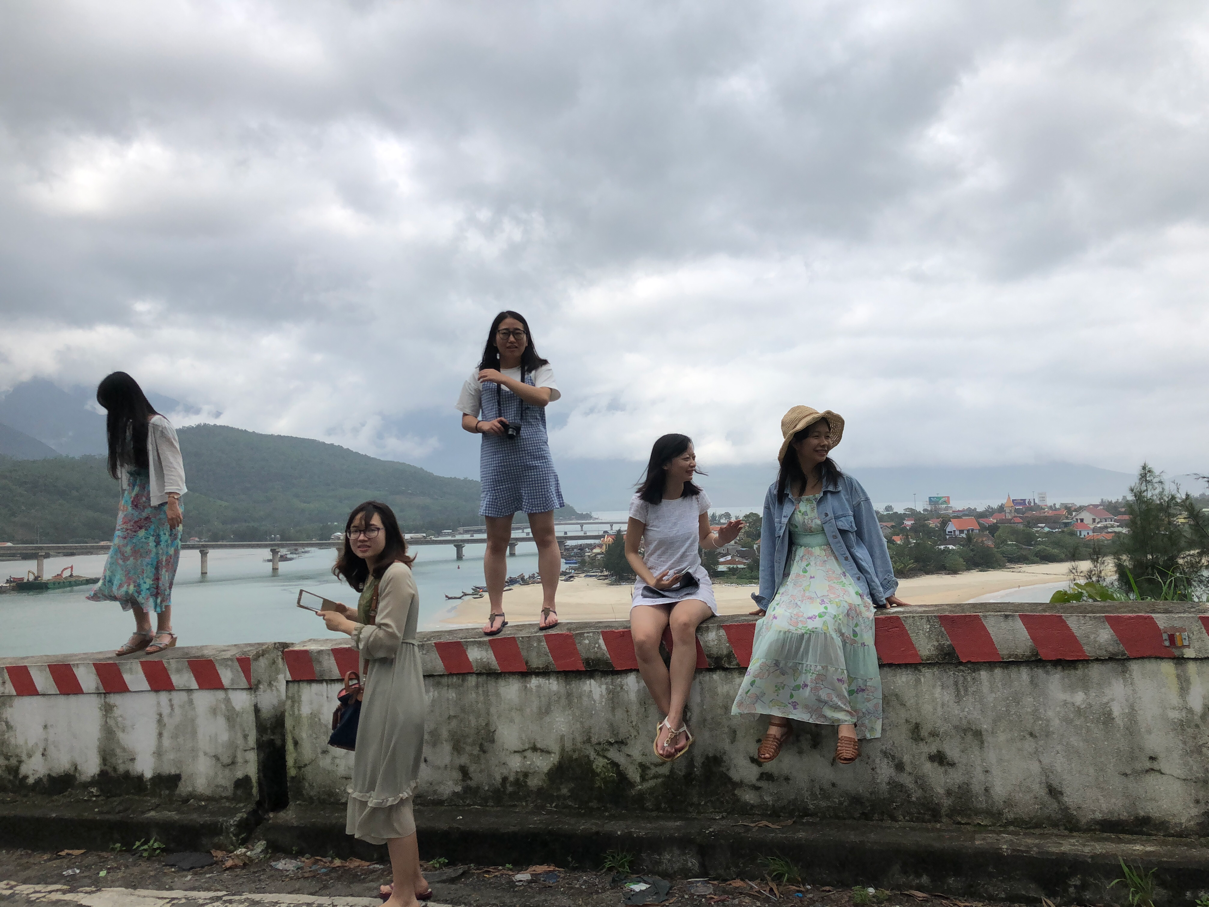 Folks taking photos on the side of the road. 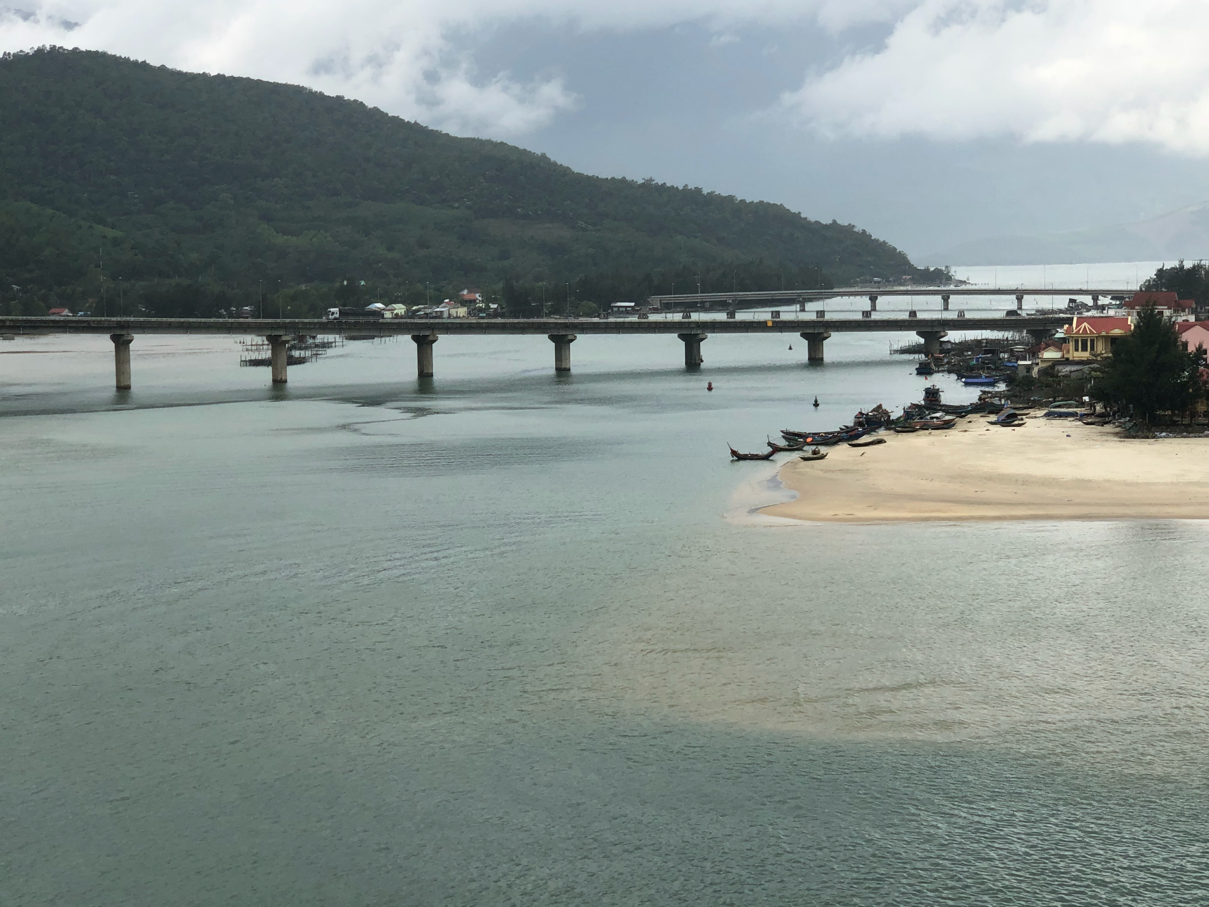 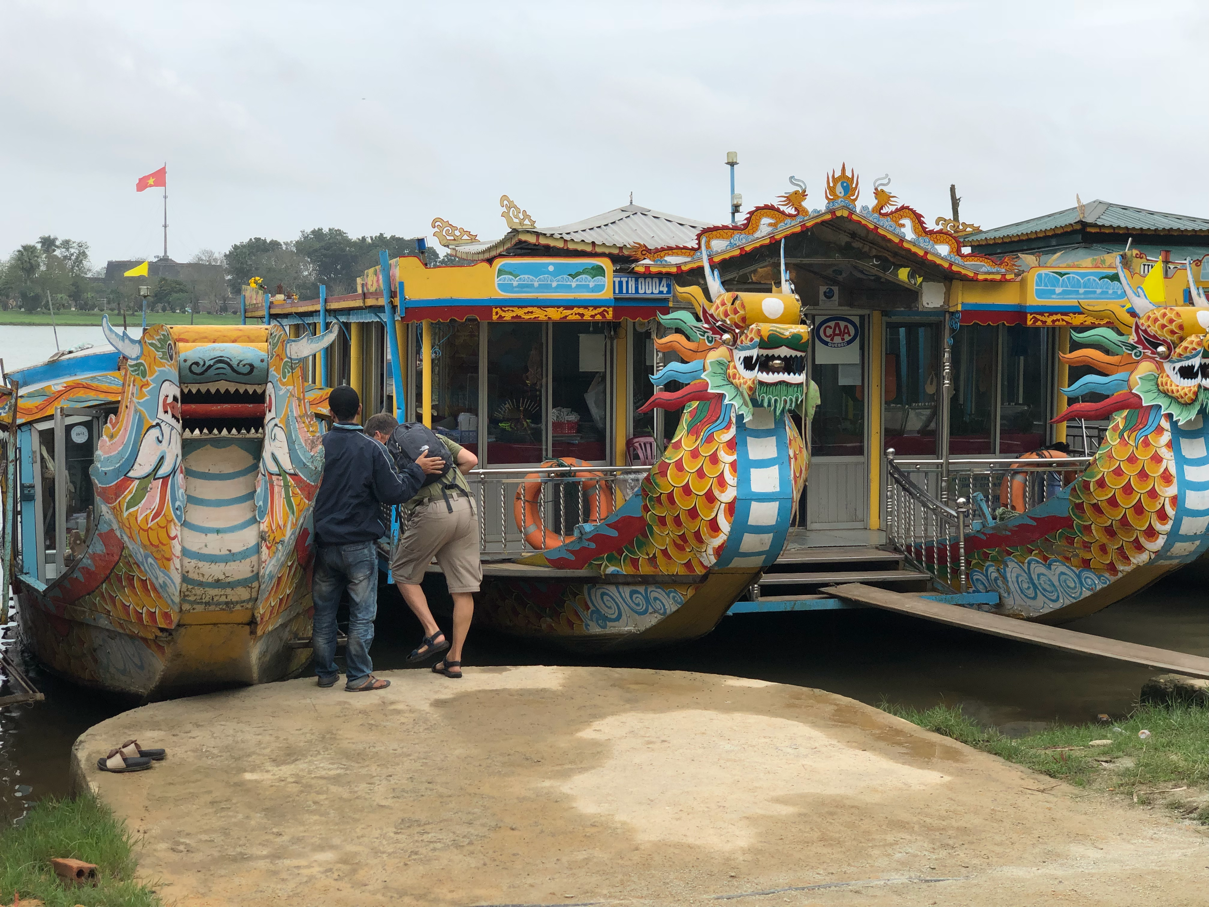 In Hue, we took a city tour. We started with a Dragon Boat ride to the oldest Pagoda in the city. 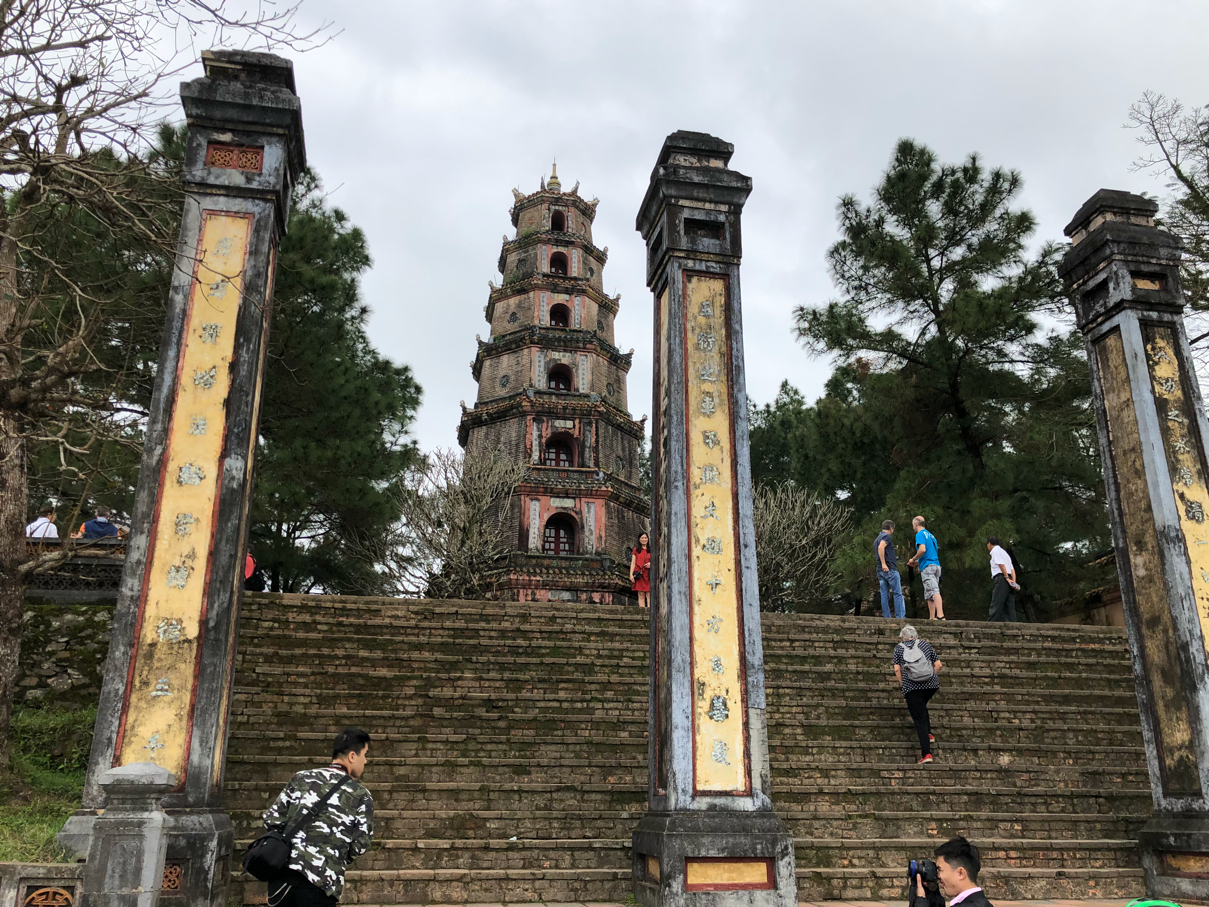 The oldest Pagoda in the city. 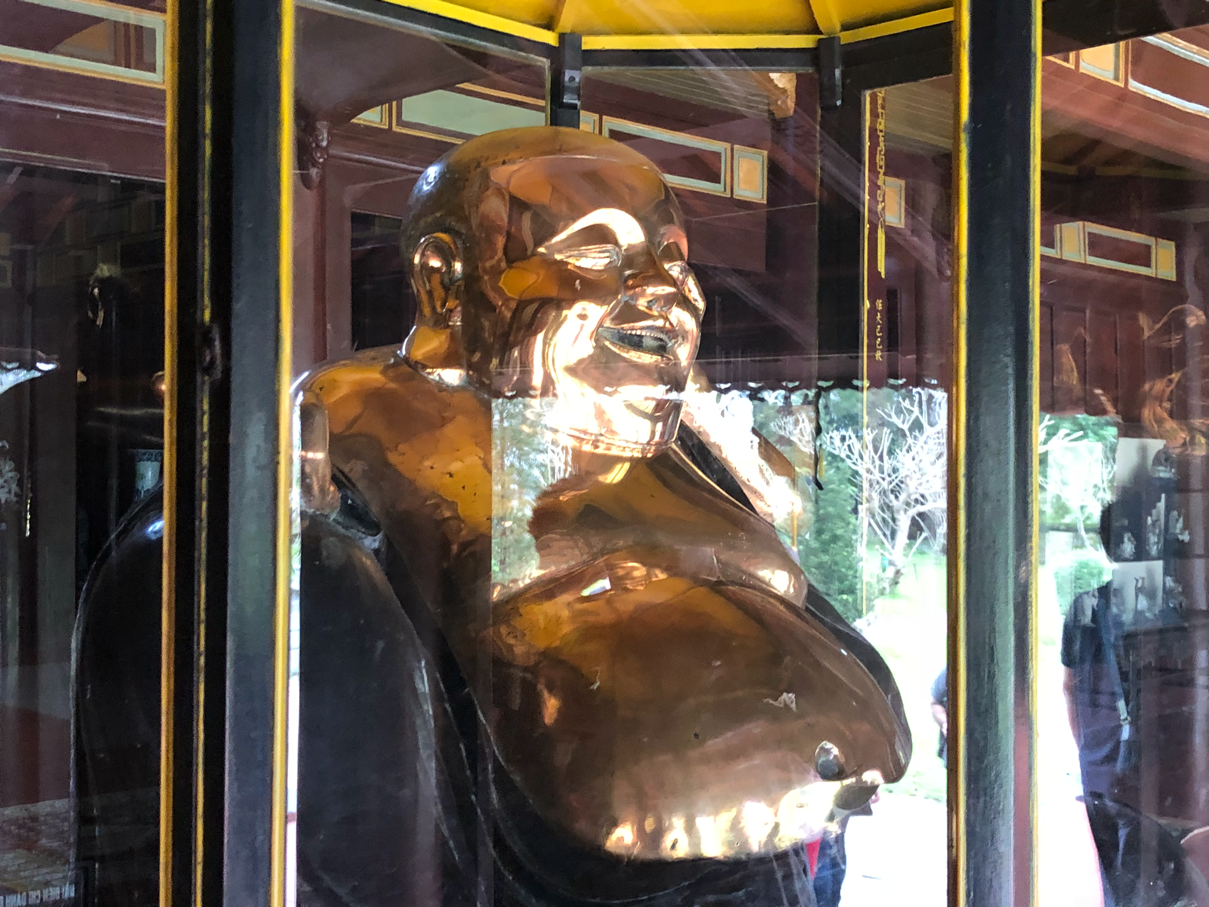 The picture does not do it justice, a beautiful Buddha statue. 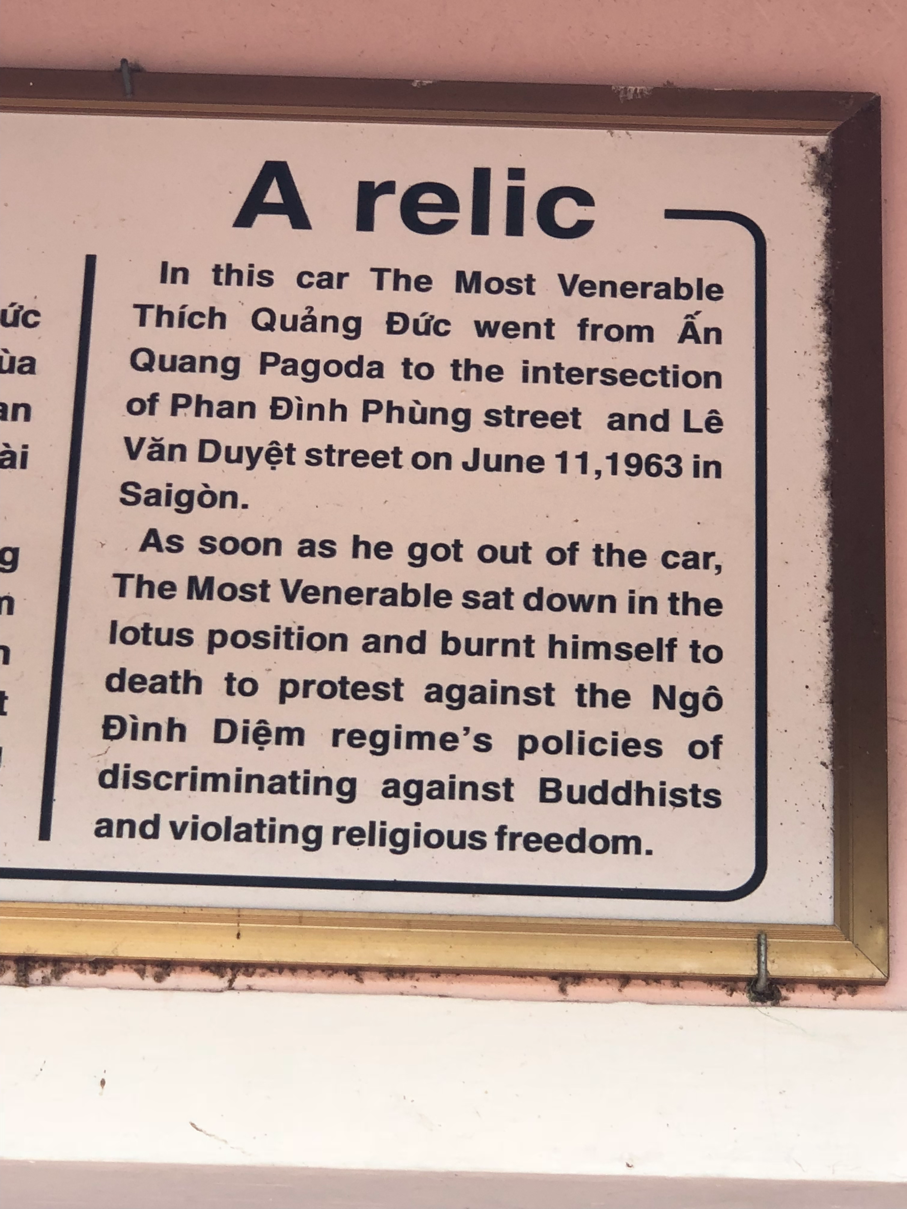 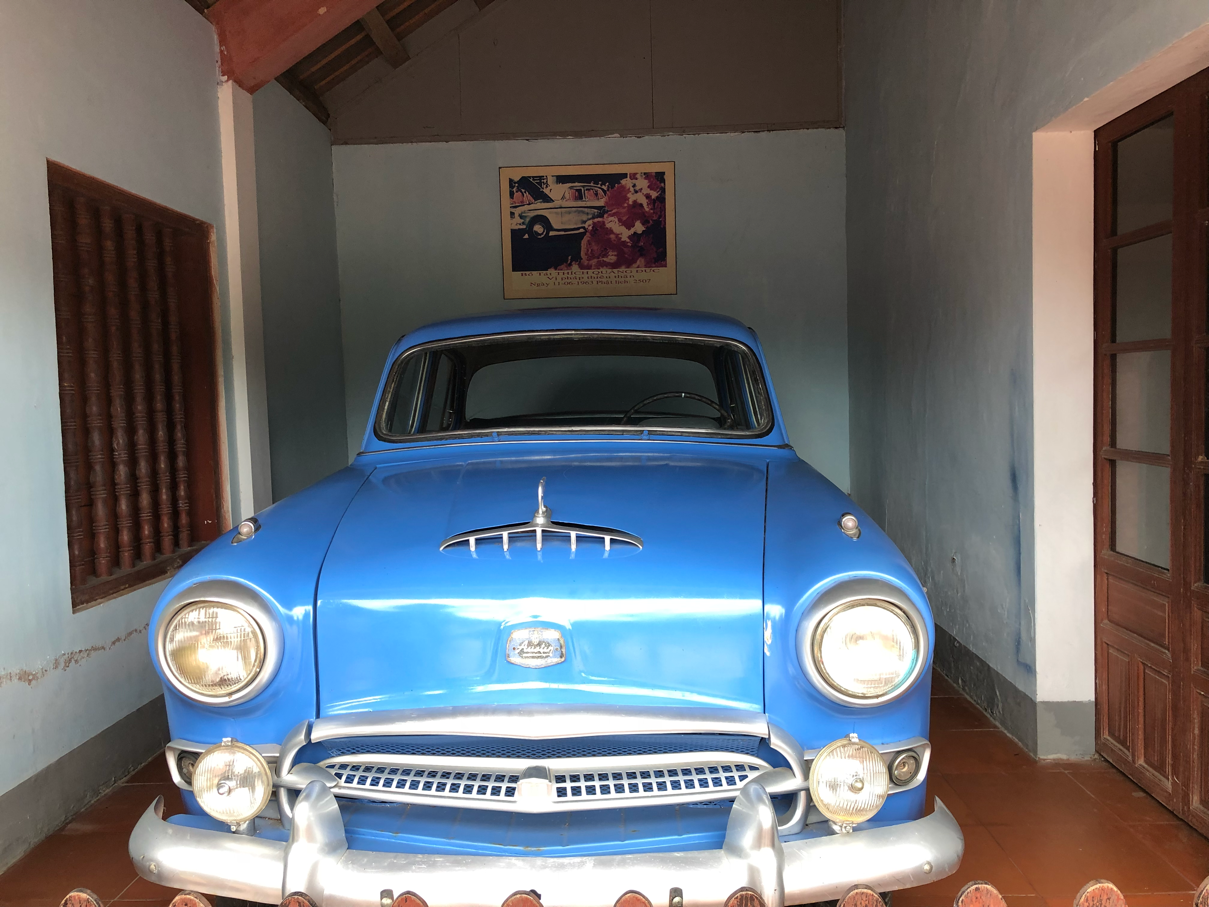 Interesting story behind this car.  It was owned by the monk that immolated himself on the streets of Saigon in the early 60s in protest of religious freedom. See this link The Burning Monk. You can see this car in the background. The story goes that they cremated the remains of the monk and everything turned to ash except his heart which remained untouched. His memory is venerated in Viet Nam. 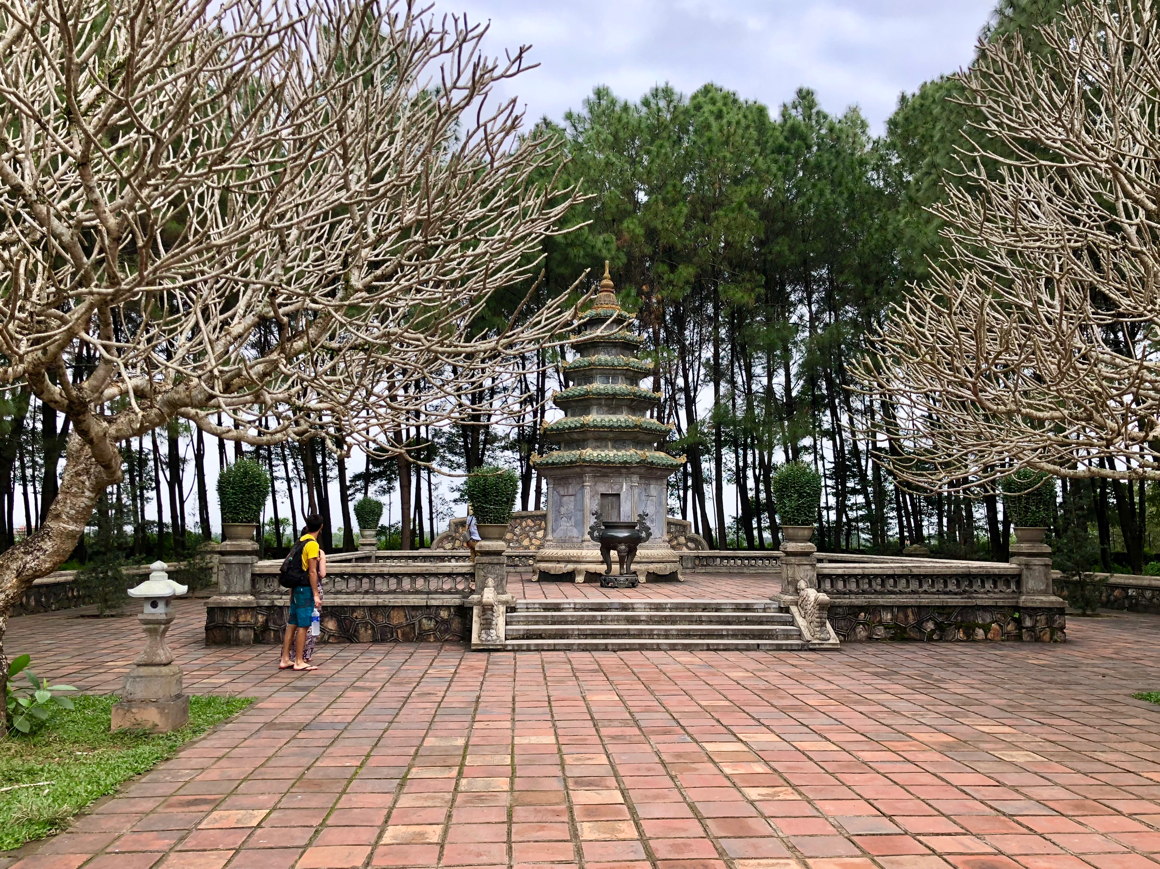 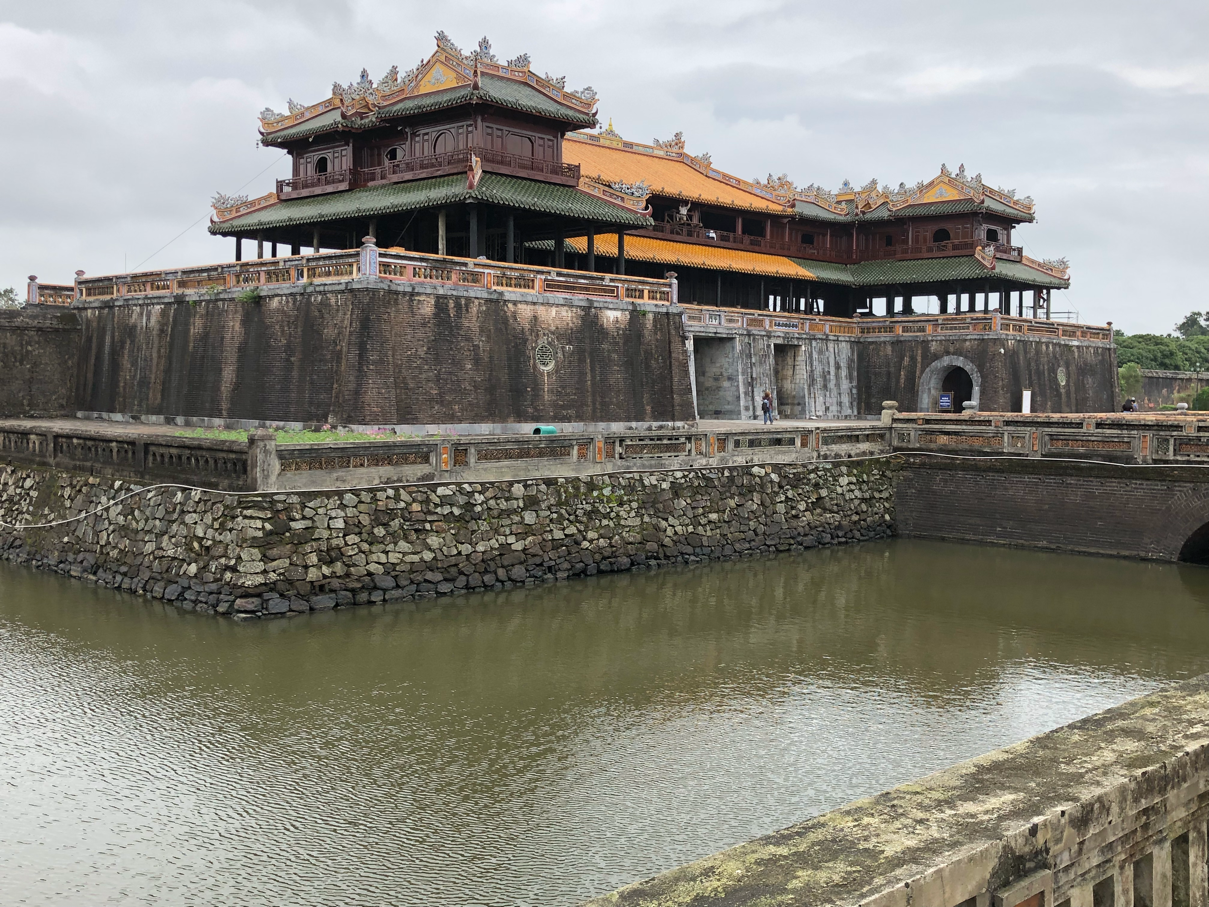 We visited the Imperial City which reminded me of the Forbidden City in Beijing. 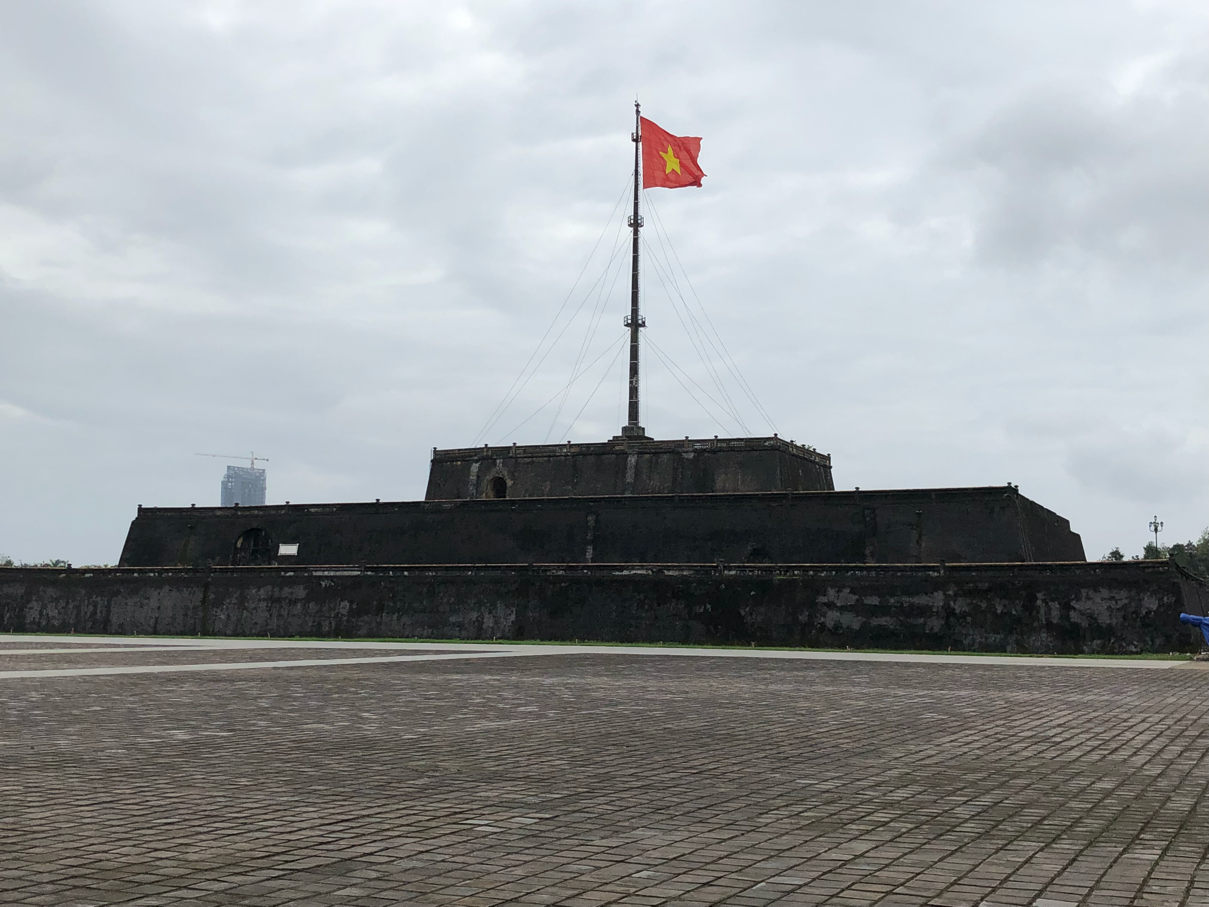 The Flag Tower at the Citadel.  Iconic! 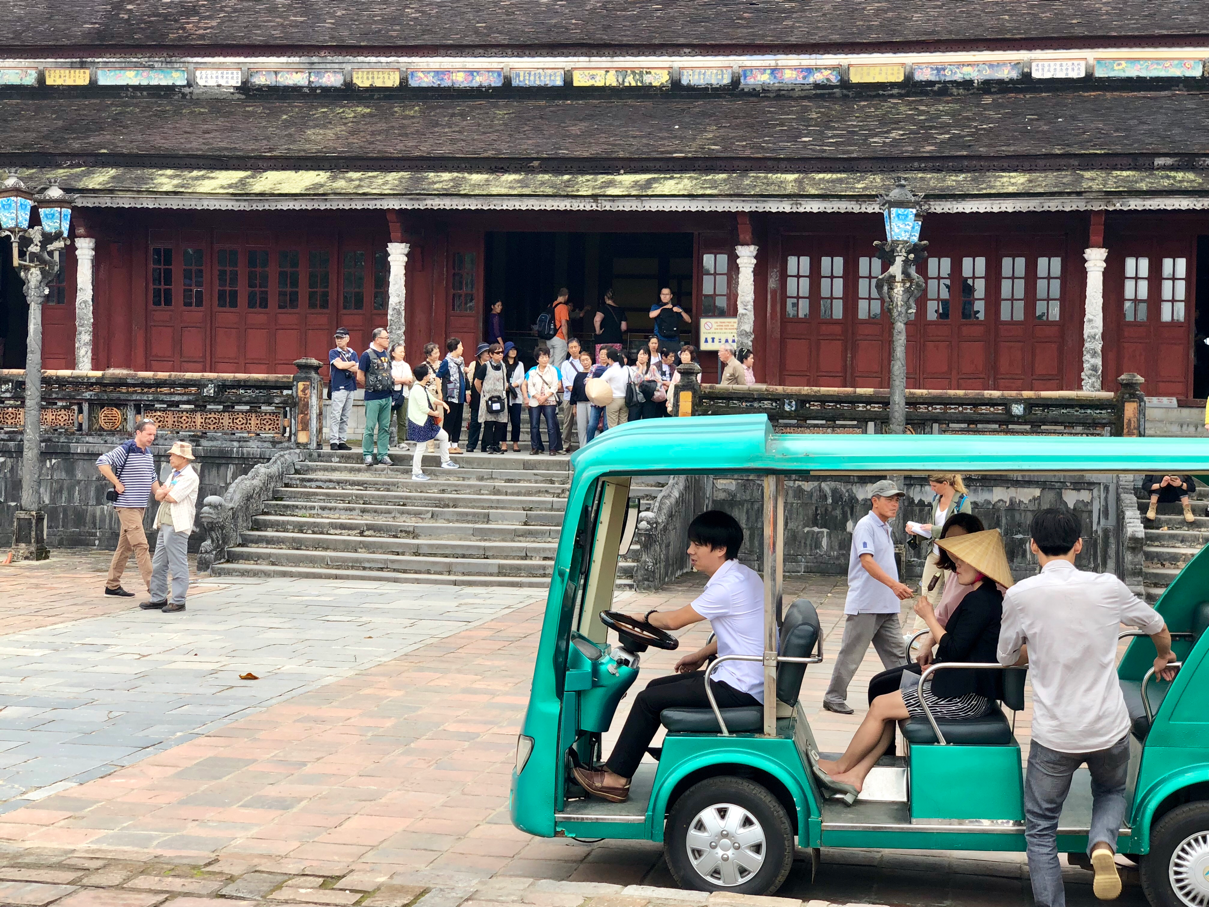 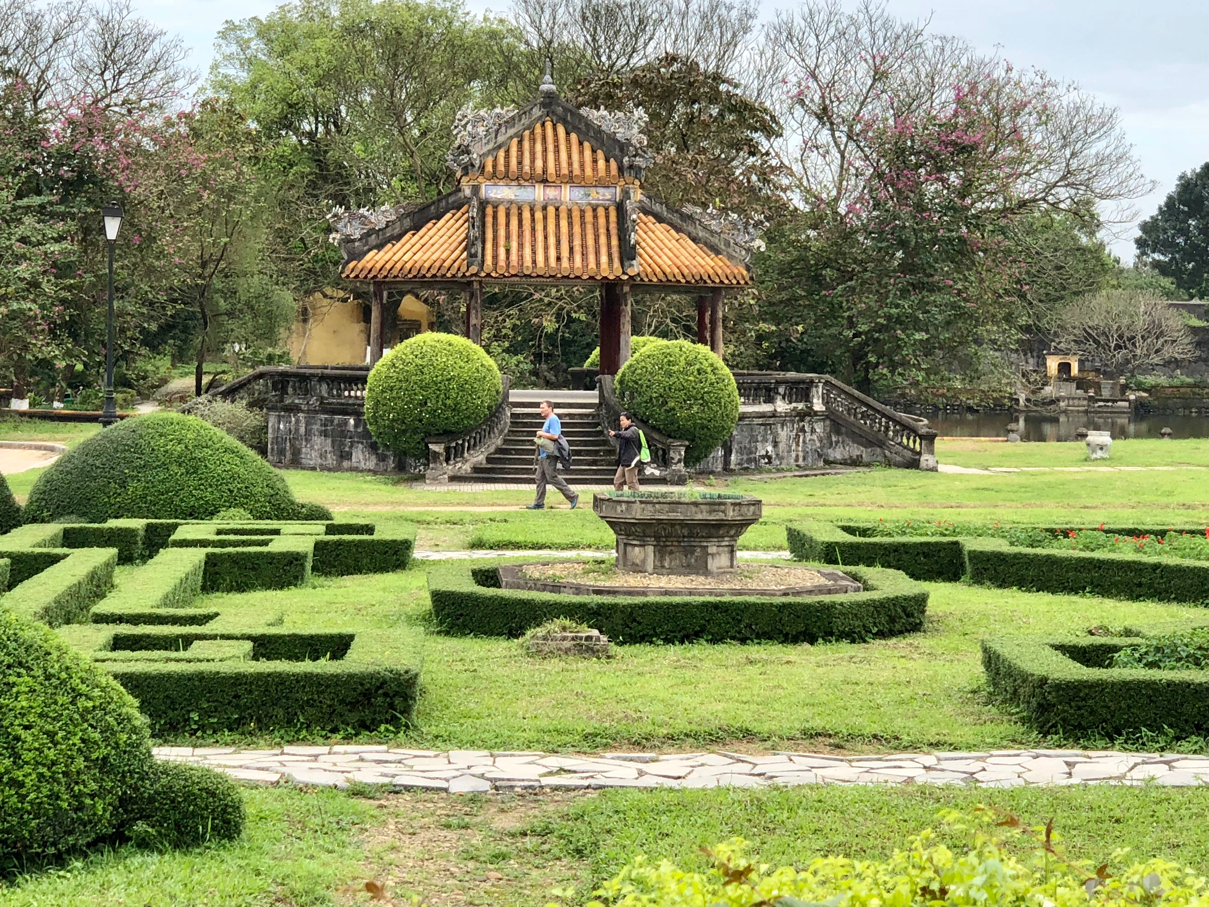 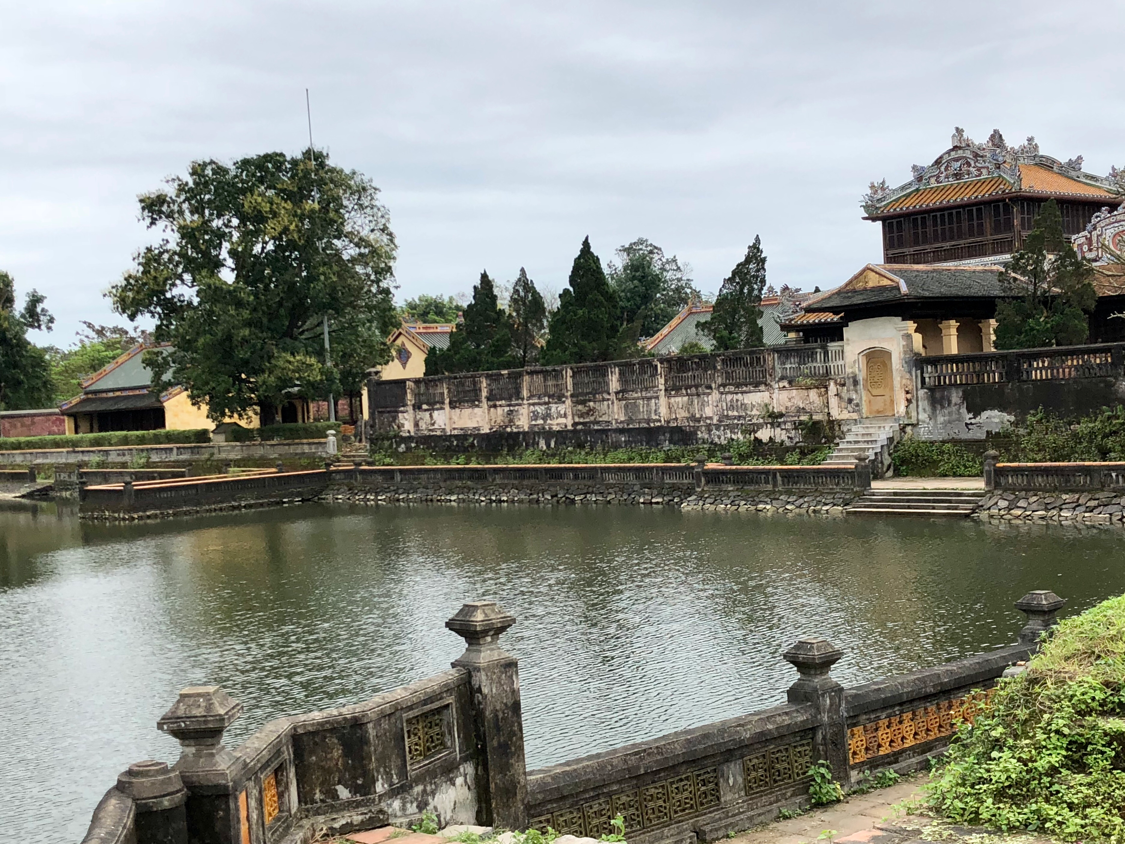 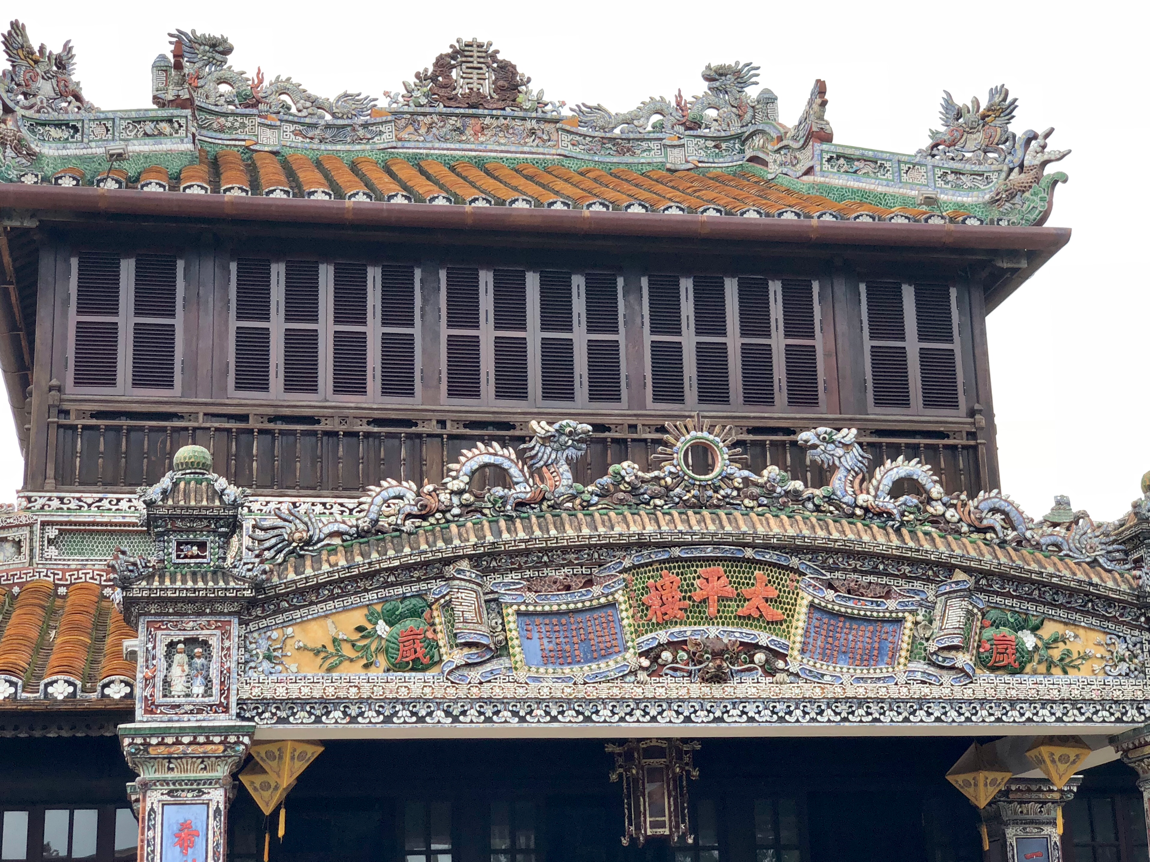 The intricate porcelain mosaics were amazing. 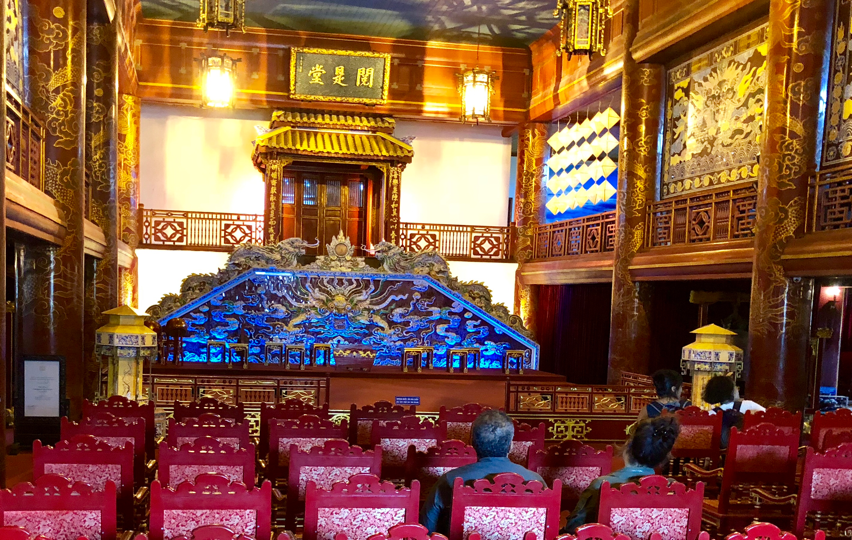 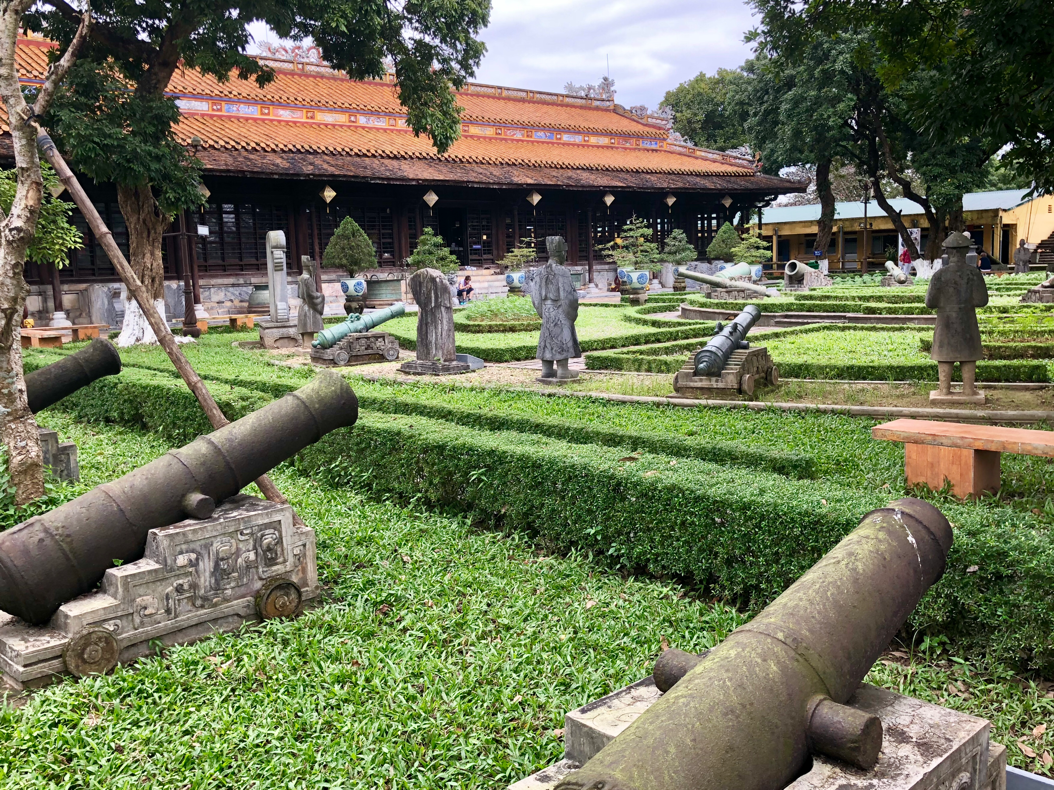 What an array of statues and cannons! 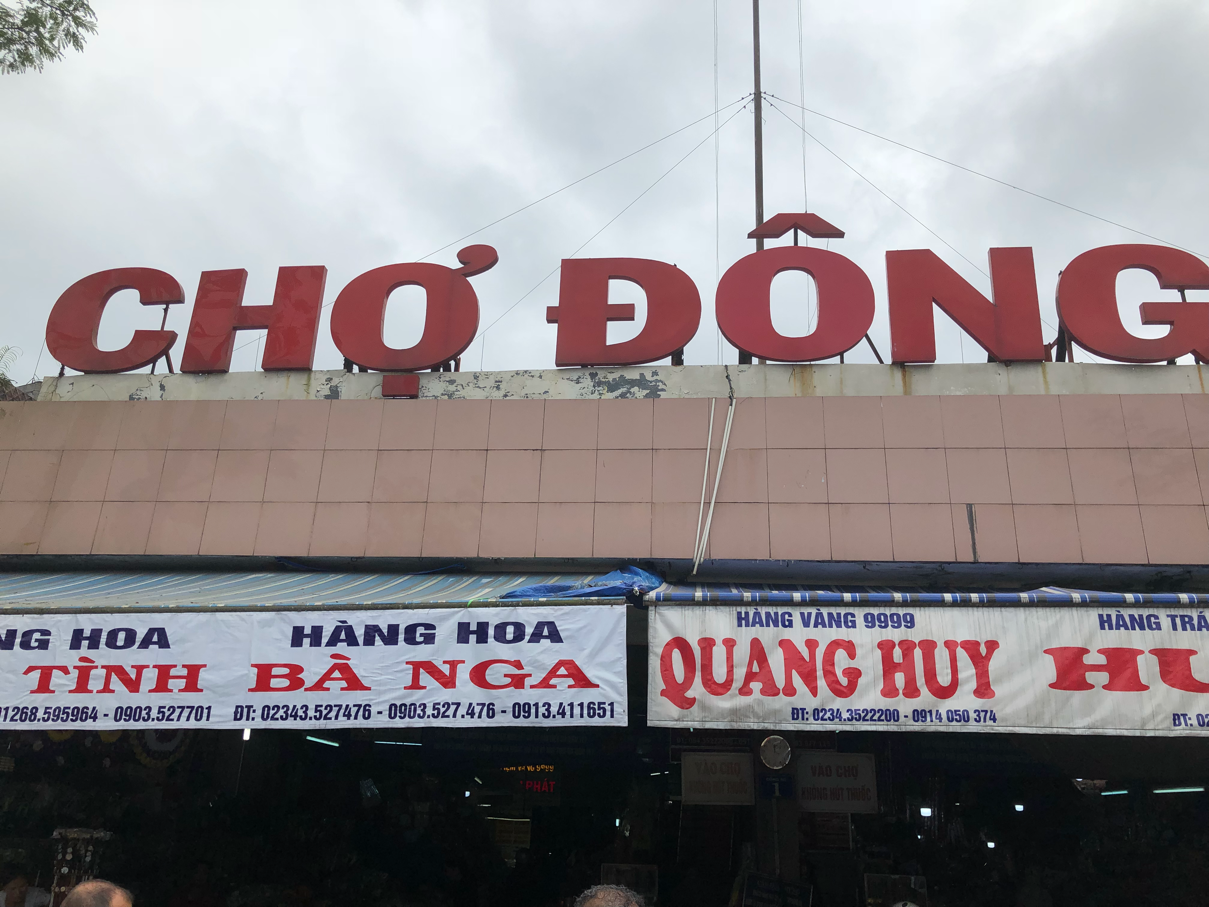 We visited Cho Dong, the largest market in the city. 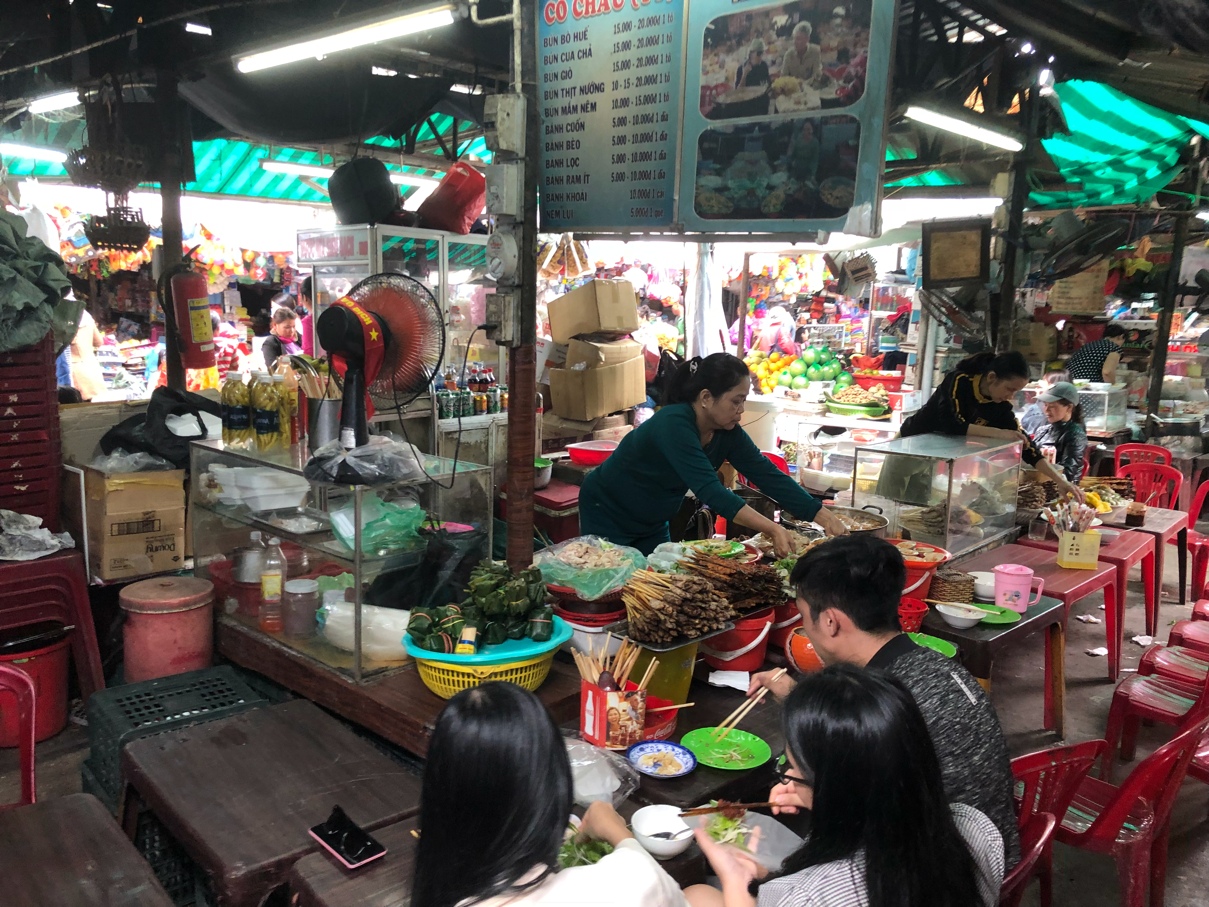 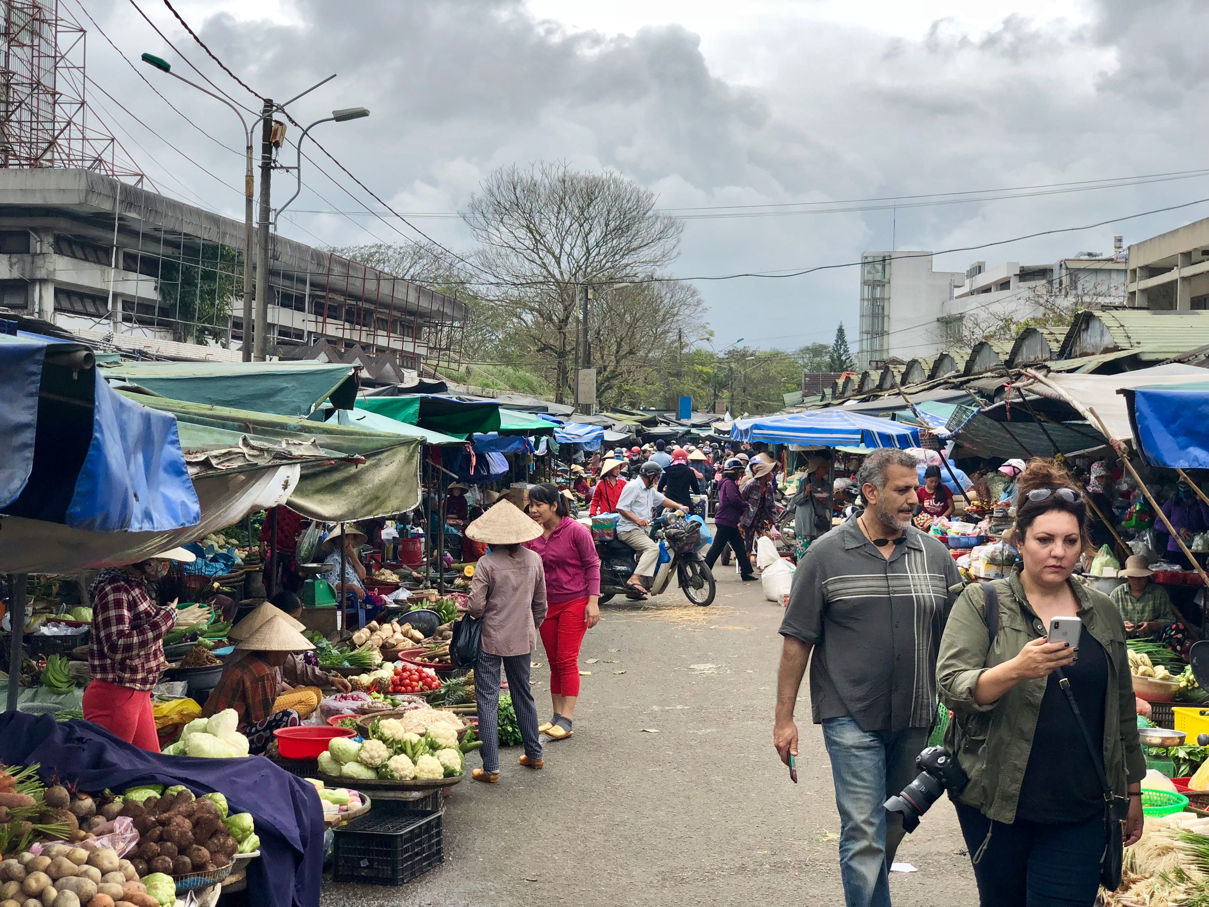 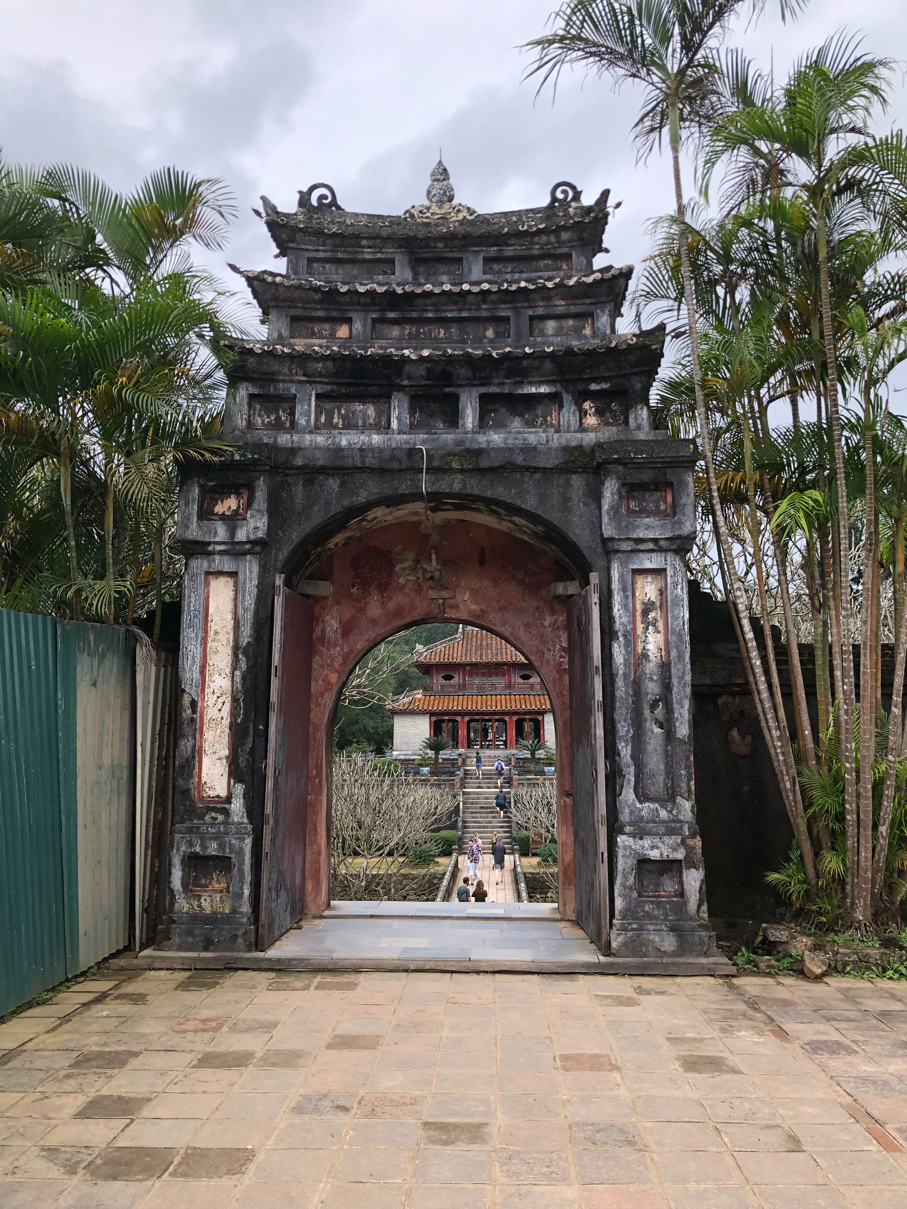 We visited two tombs of kings. 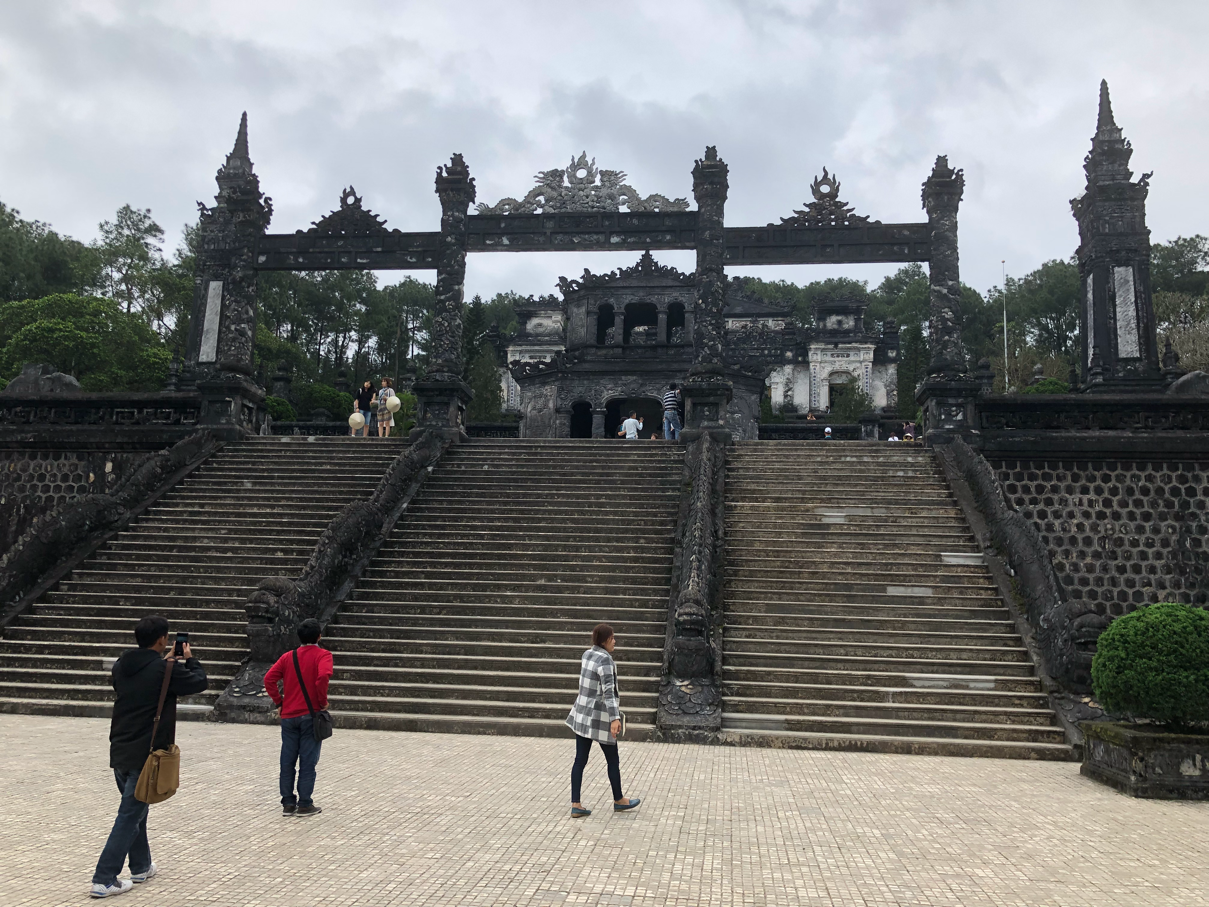 The tomb of the last king was quite elaborate 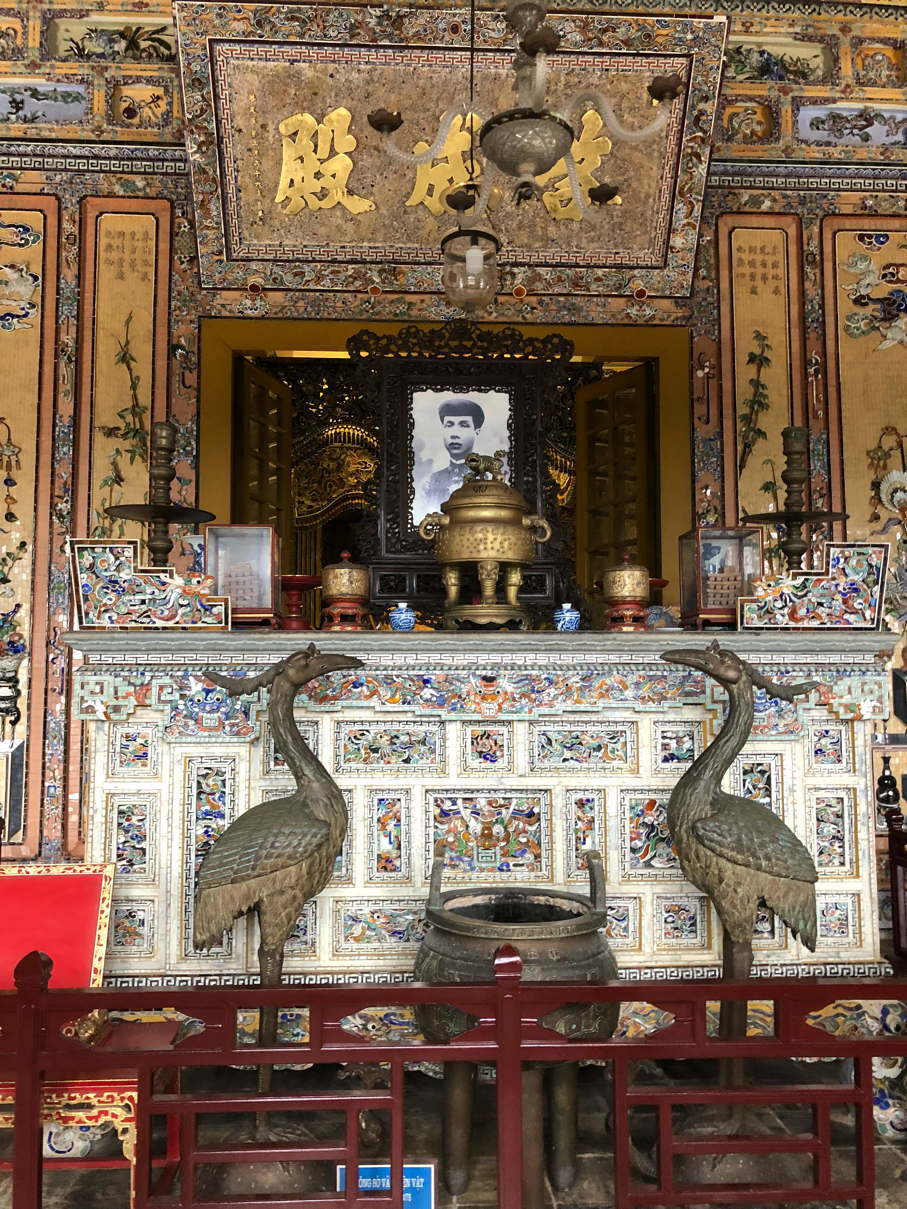 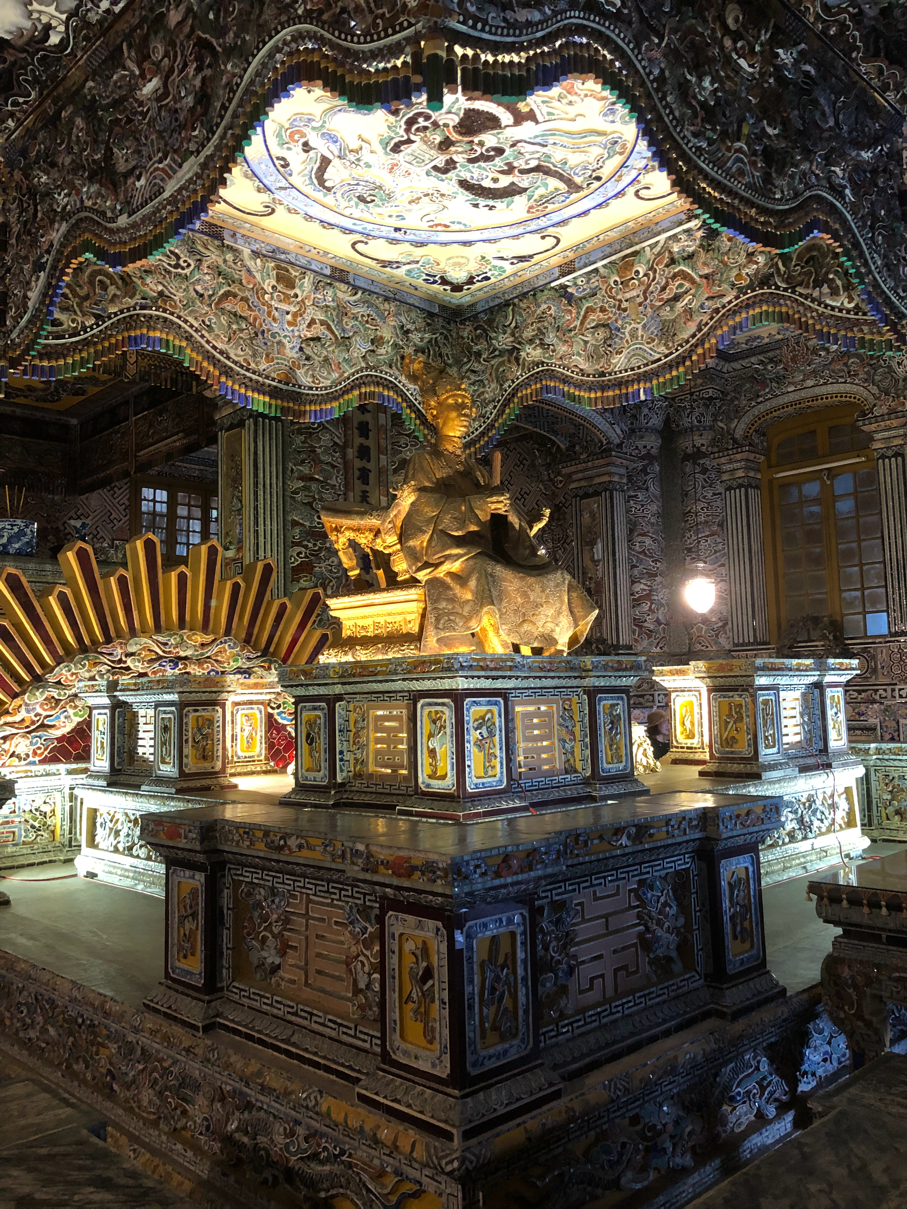 The tomb itself was so elaborate.

The Koi in the pond loved being fed. 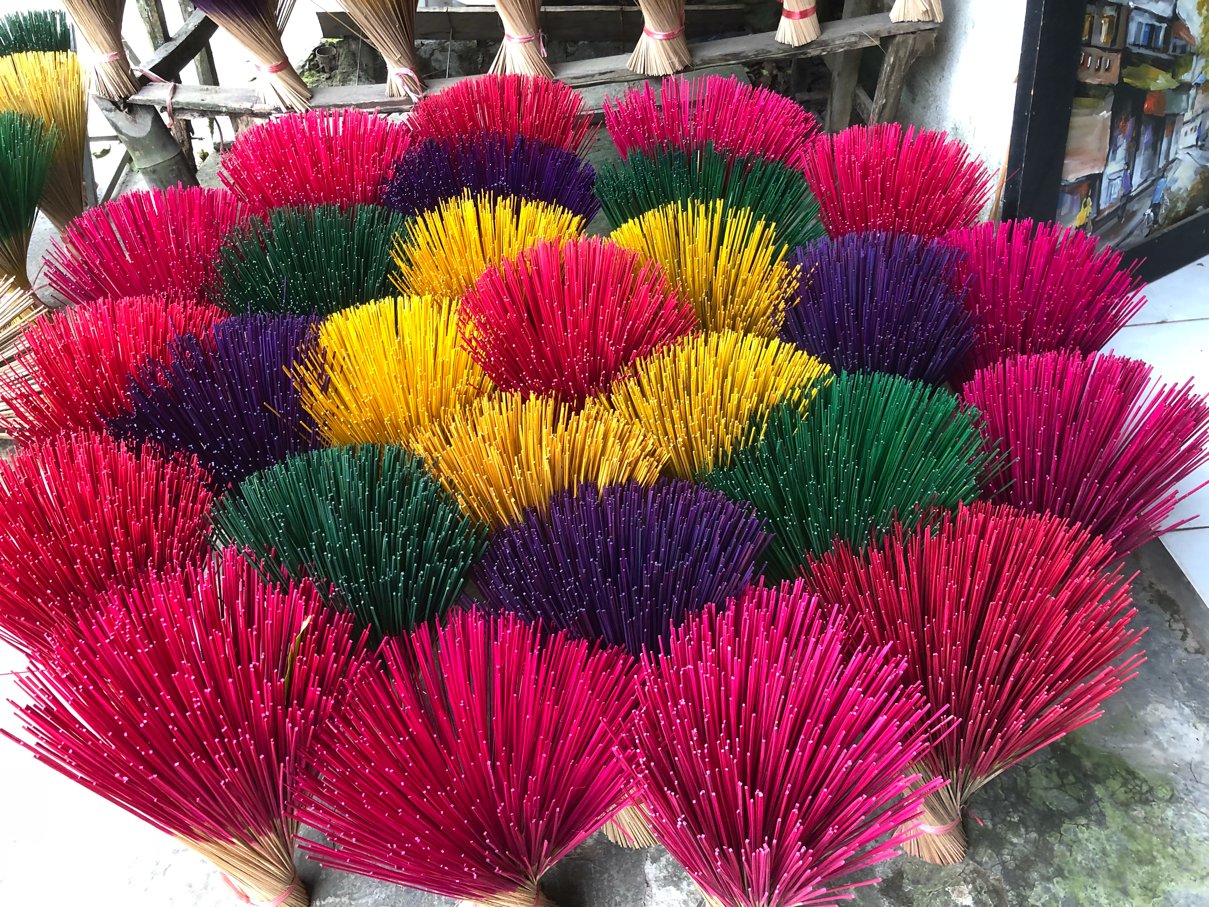 These are bundles of incense. We stopped to see a family that still hand makes incense.

She does hundreds of these in a day.  This is a mixture of wood fibers, spices and a binder.  I had to ask as it looked like something else...

While our visit to Hue was short, we enjoyed it very much.
Posted by The Nomad Retirees at 9:30 PM