Visited Lincoln's Birthplace outside Hodgenville, KY, lots of history here. Interesting to see how life was for Lincoln back in the day.  Interesting tidbit--the cabin in the museum is really not his birth home. They thought the cabin was when they put it in the museum and later found out that it was not (so they say it is symbolic of his home). There sure were LOTS of turkey vultures in the trees when we visited (a little Alfred Hitchcock'ish). This site was originally funded through public donations vs tax dollars. We agree it was well worth the stop. 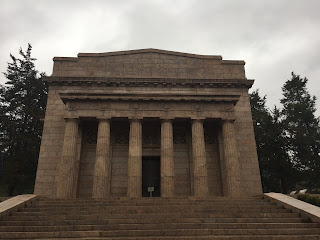 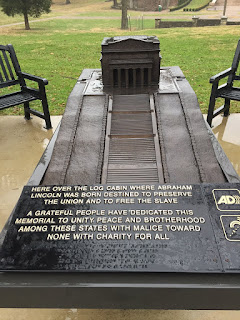 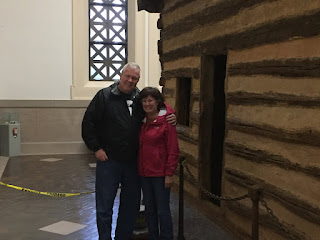 Posted by The Nomad Retirees at 9:00 AM