The Angkor Complex in Cambodia - what an incredible place!

The Angkor complex is incredible—its immense size, architectural wonders, the number of temples and ageless beauty. It’s the largest religious site in the world and is celebrating 25 years as a UNESCO World Heritage Site. It’s best known for Angkor Wat and the 2001 movie “Tomb Raiders” starring Angelina Jolie (part of the film was shot at Ta Prohm temple and Angkor Wat). The temples in the Angkor complex were built between the 9th to 15th century, now that’s old! 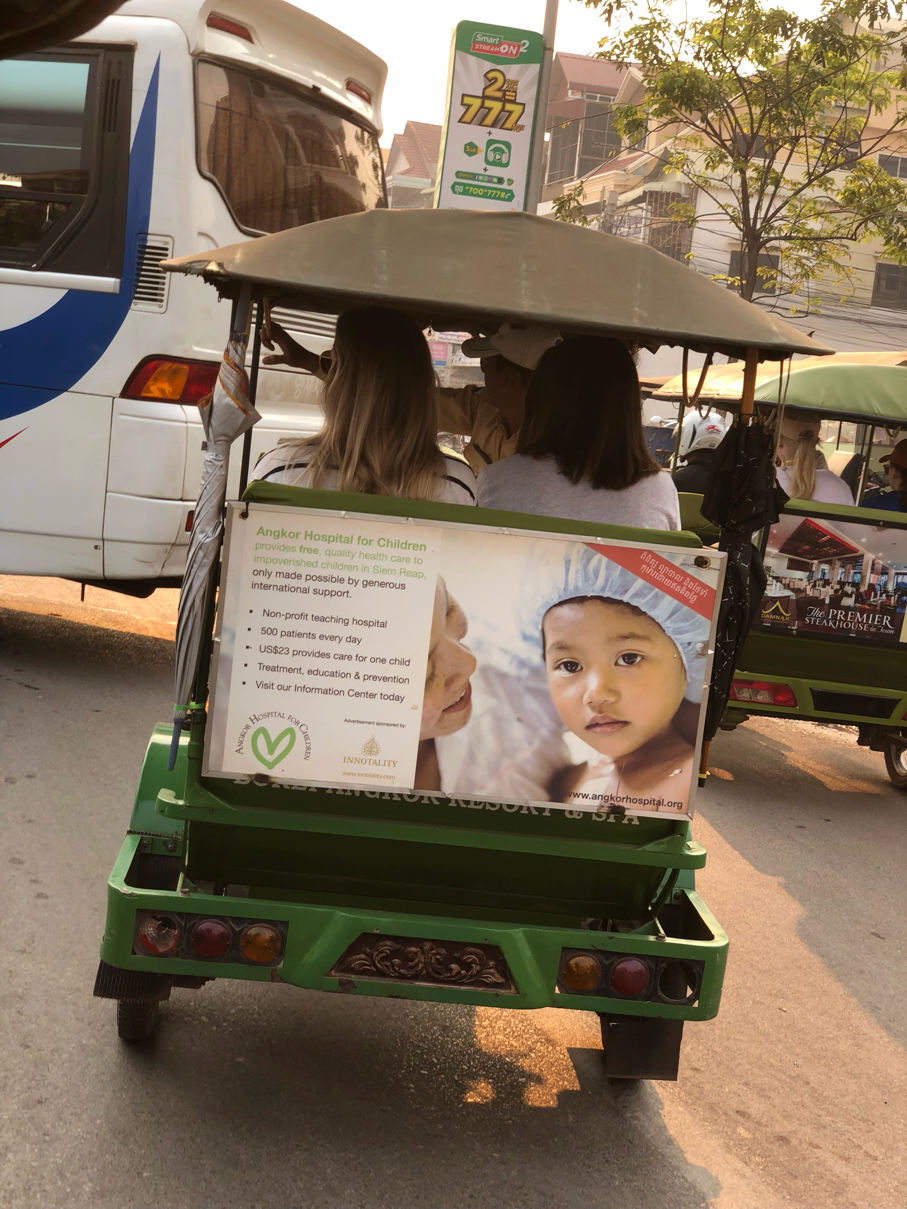 A fun way to see the vast complex is to rent a tuk tuk and a guide for the day in Siem Reap. Saves your feet and you learn a lot too. 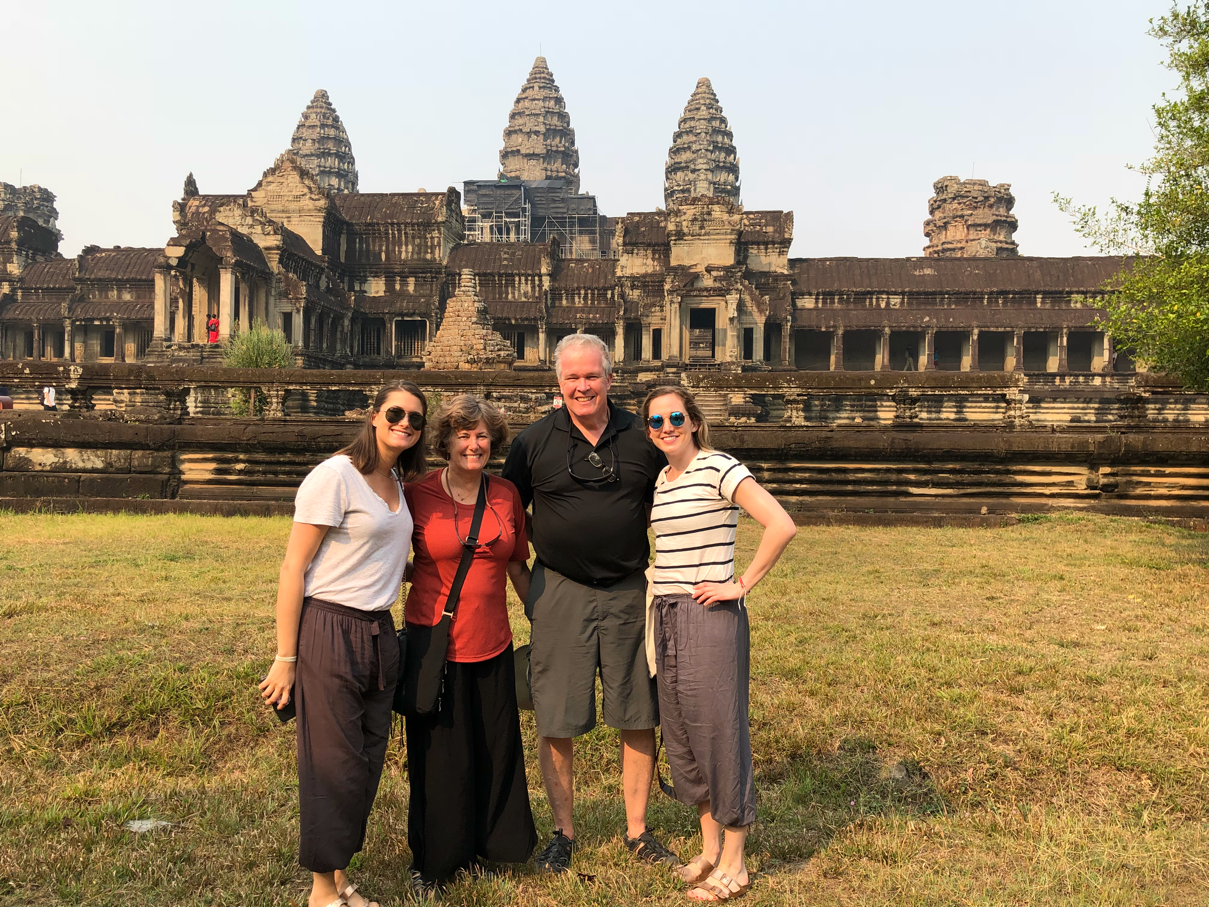 We entered Angkor Wat from the backside to avoid the crowds. Good move as the front was packed with people from all the tour buses! 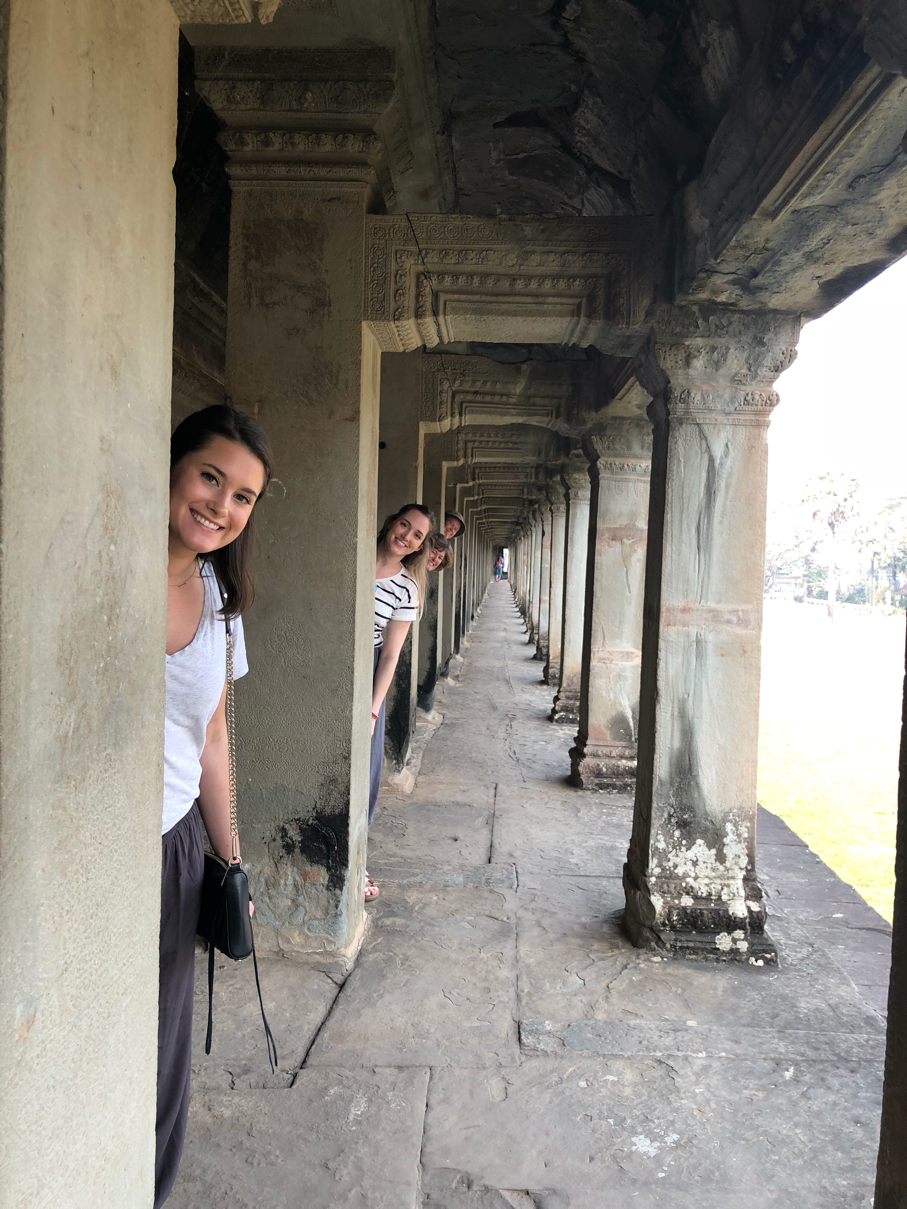 We had to have an “artsy” shot! 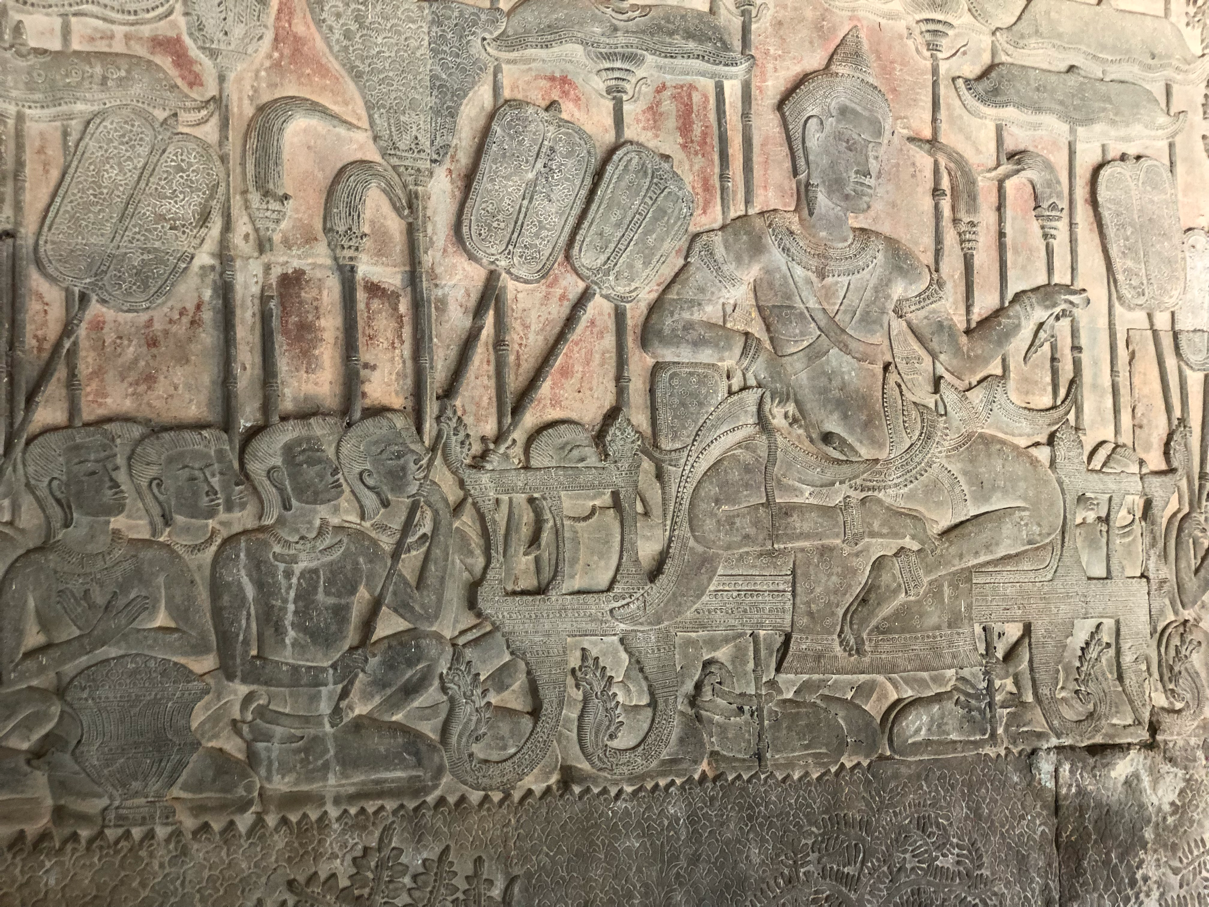 Examples of the amazing carvings at Angkor Wat. 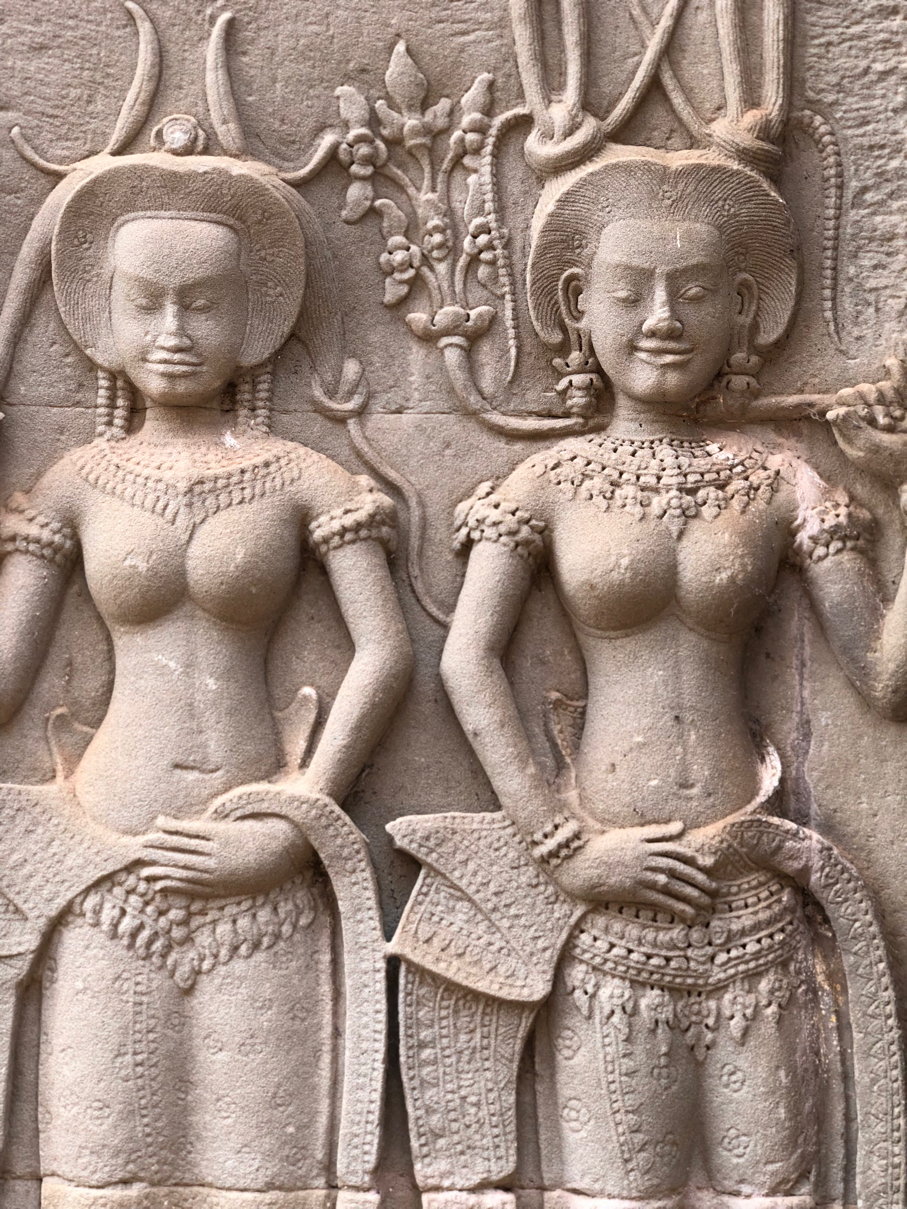 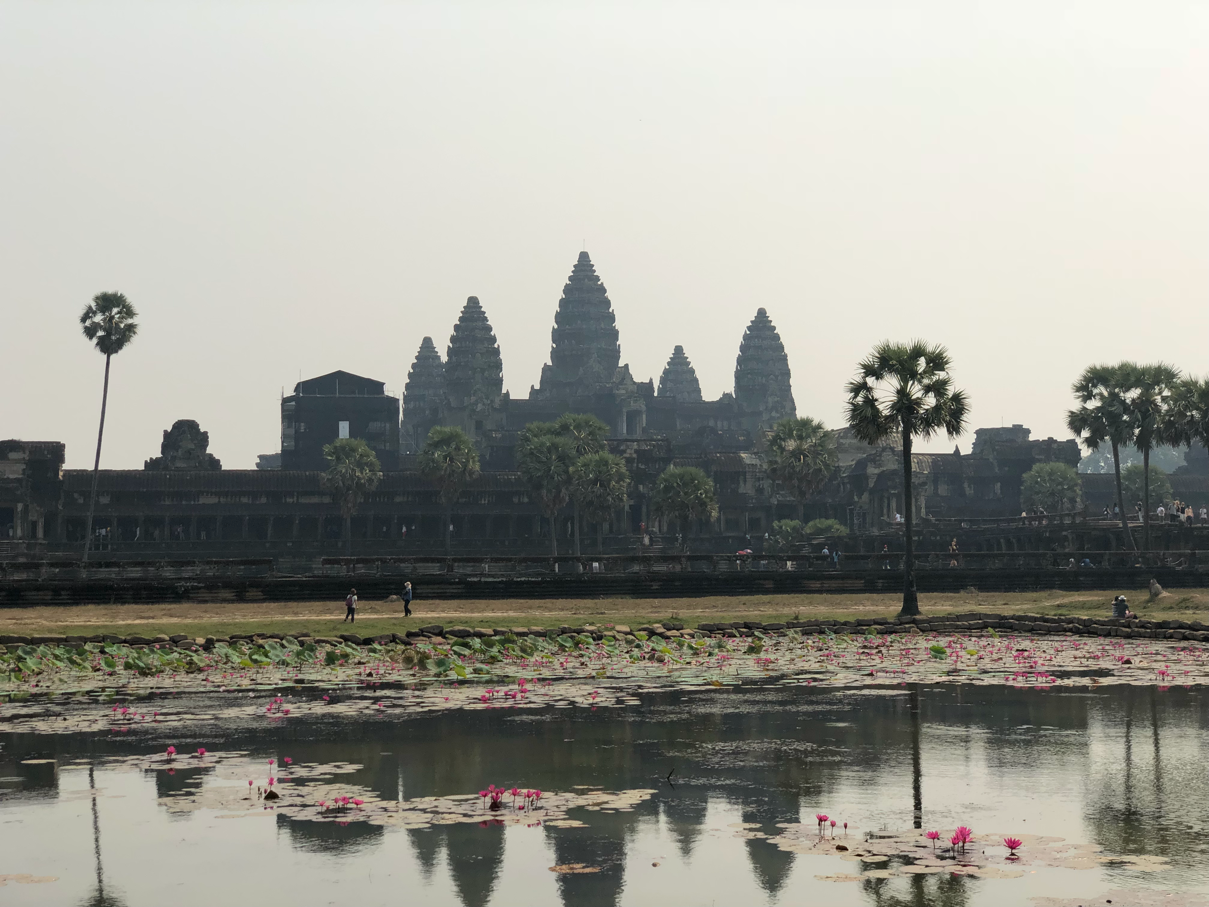 Angkor Wat from the front—you can see it’s five famous spires. This is the spot where people like to watch the sunrise over Angkor Wat—we opted to skip getting up at 4:30am to see it! 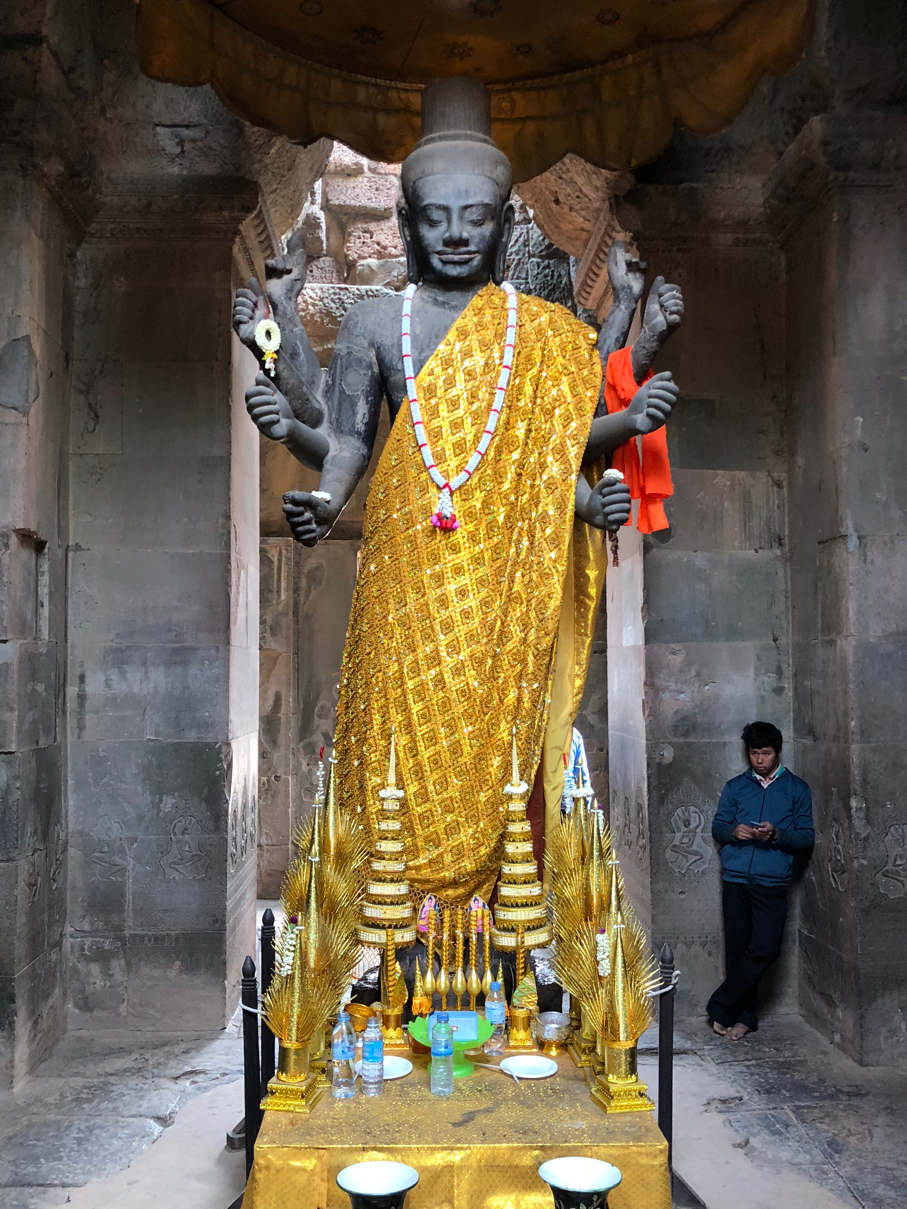 A Hindu shrine at Angkor Wat—it was originally a Hindu temple. Later they replaced some of the Hindu gods with Buddhas. 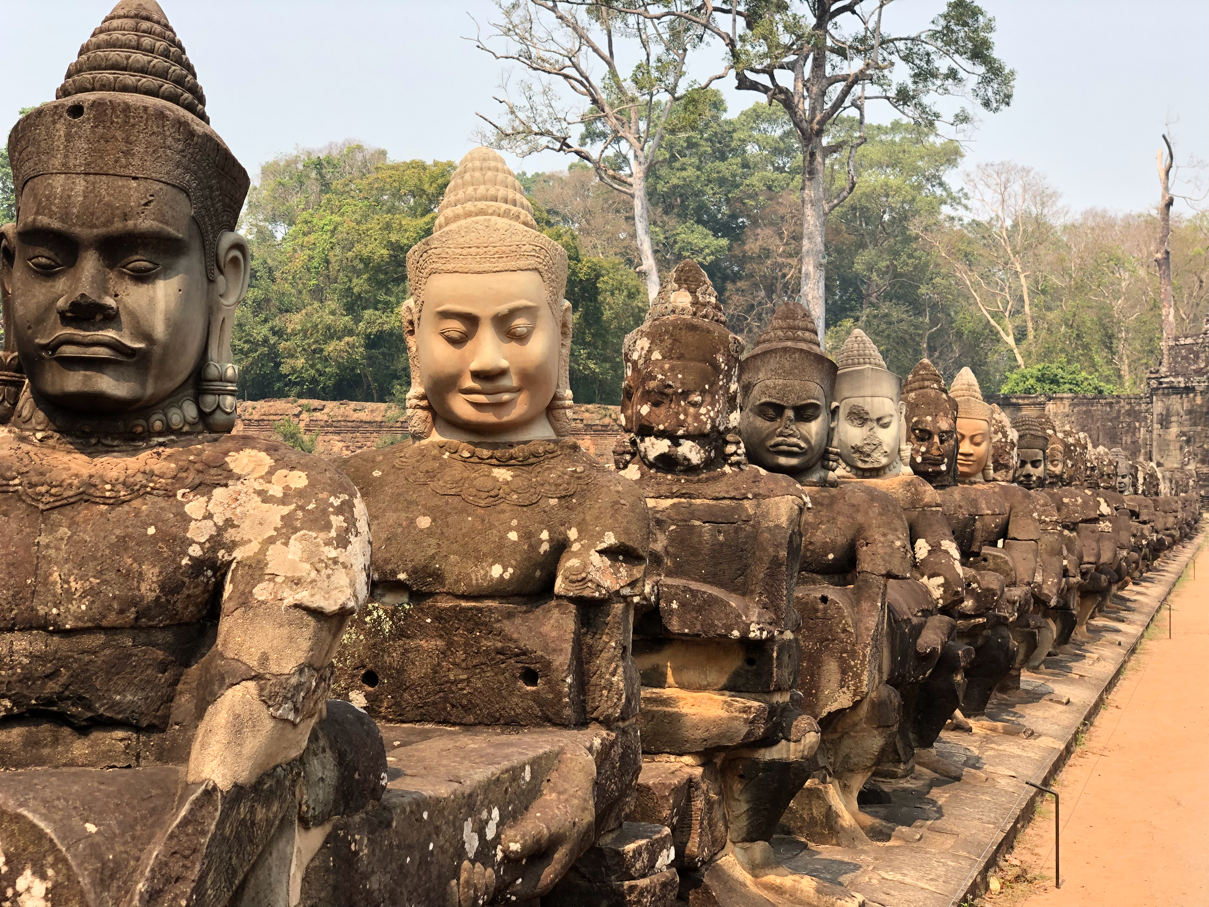 The Avenue of Gods and Demons lining the bridge across the moat into Angkor Thom. Some faces are new (replacements for originals); some are very old. They don’t replace heads anymore, some of this was done by the French before it was a UNESCO site. One side had the happy faces (gods), the other side the angry faces (demons). 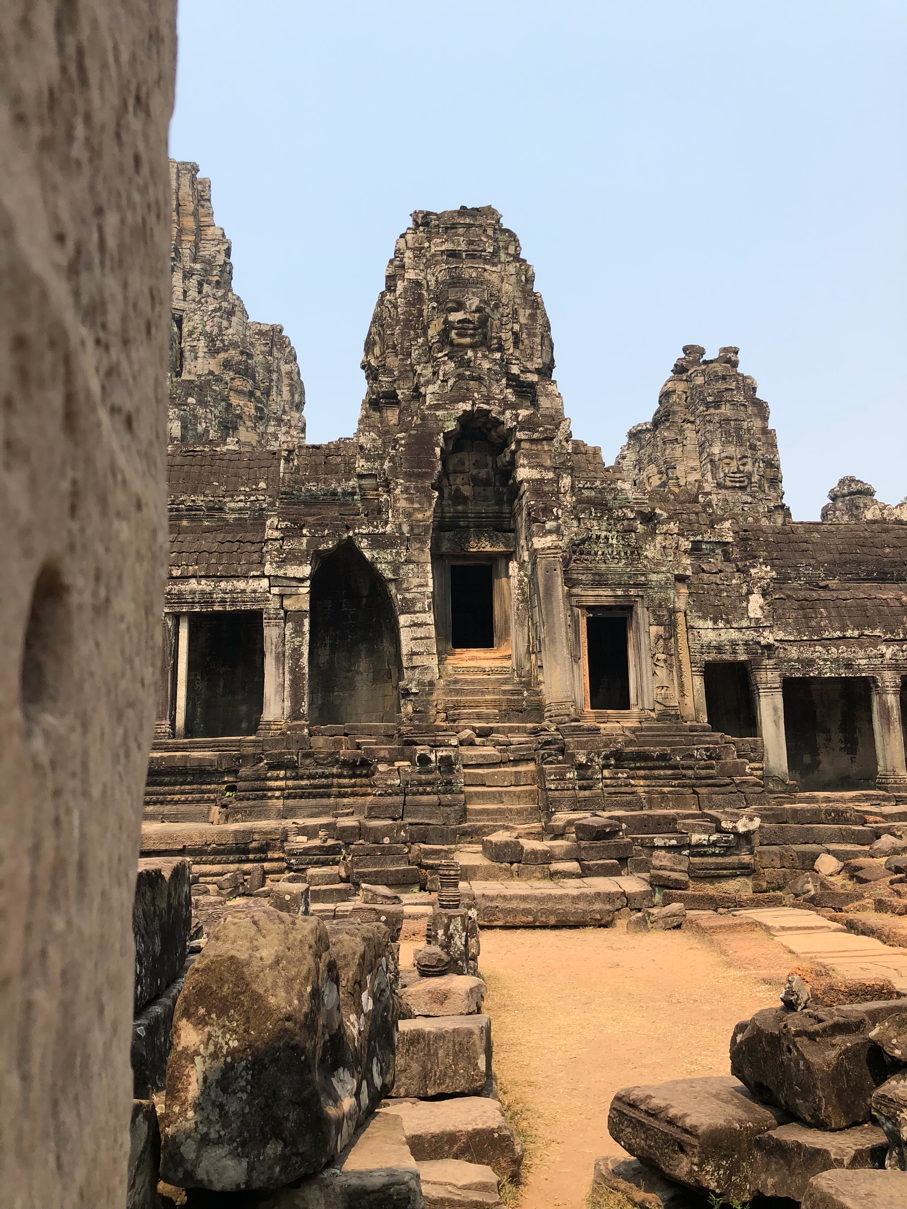 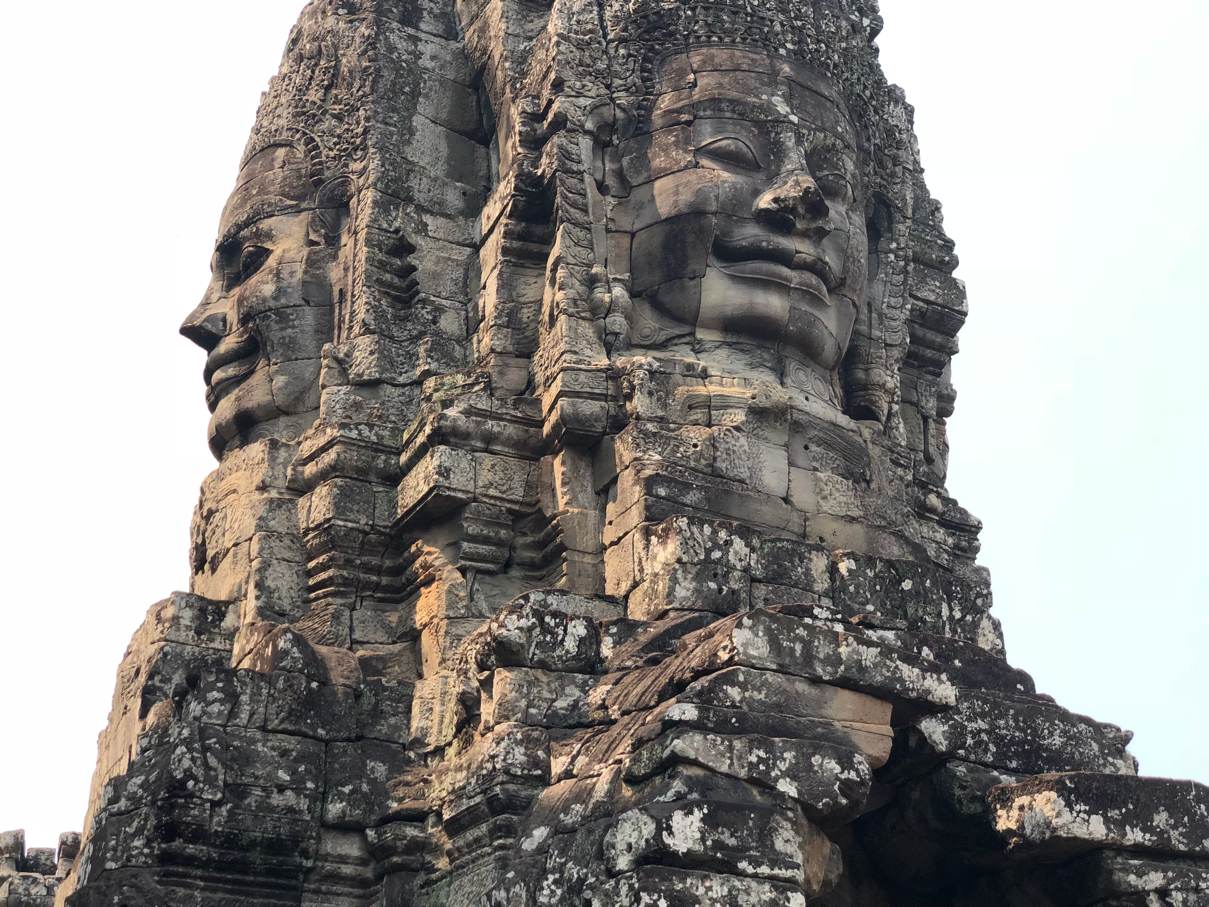 Close-up of those faces at Bayon. Originally there were 54 towers each with 4 faces, only 37 towers remain today. Incredible work! 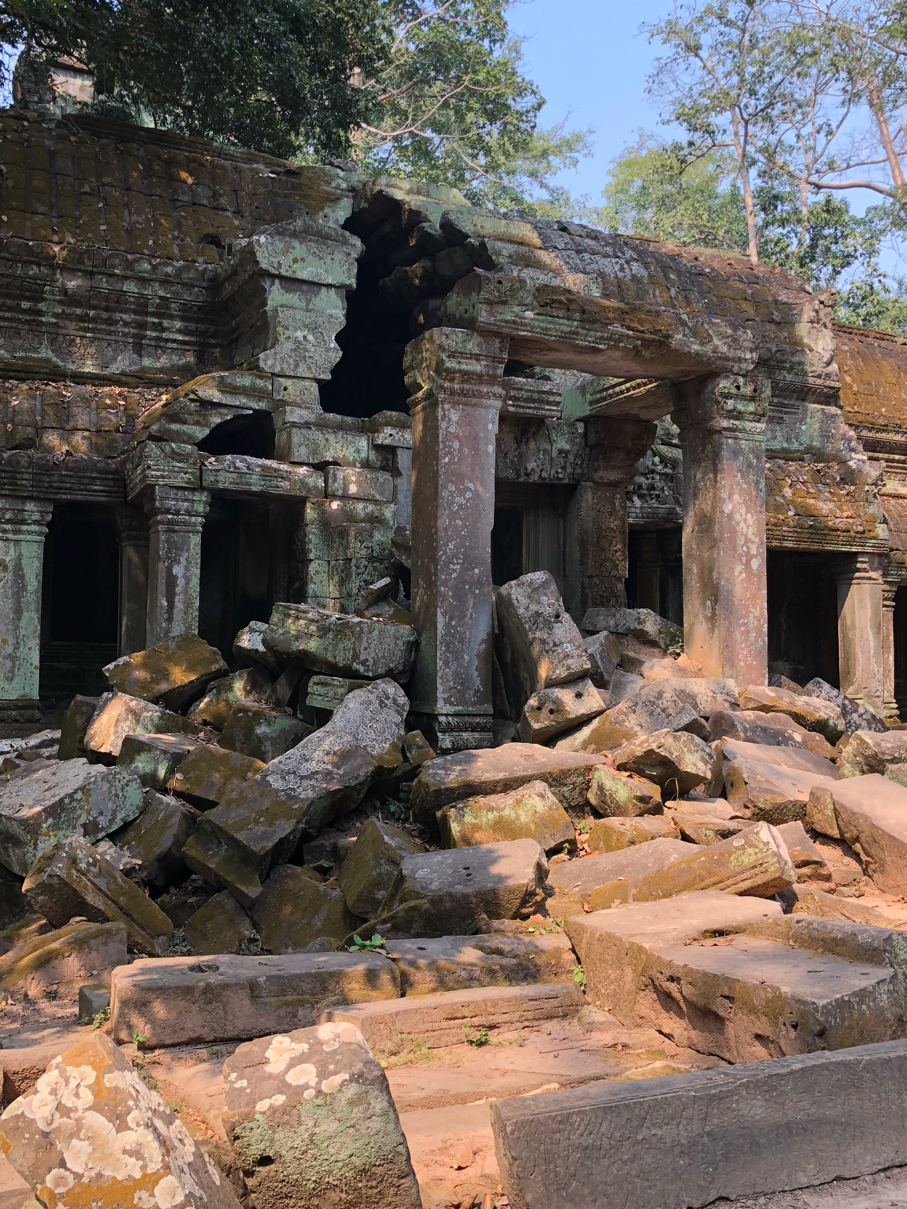 There still is a lot of restoration underway at many of the temples, a lot of work remains. We saw projects sponsored by India, Germany, France, etc., but nothing by the USA, at least at the temples we visited. 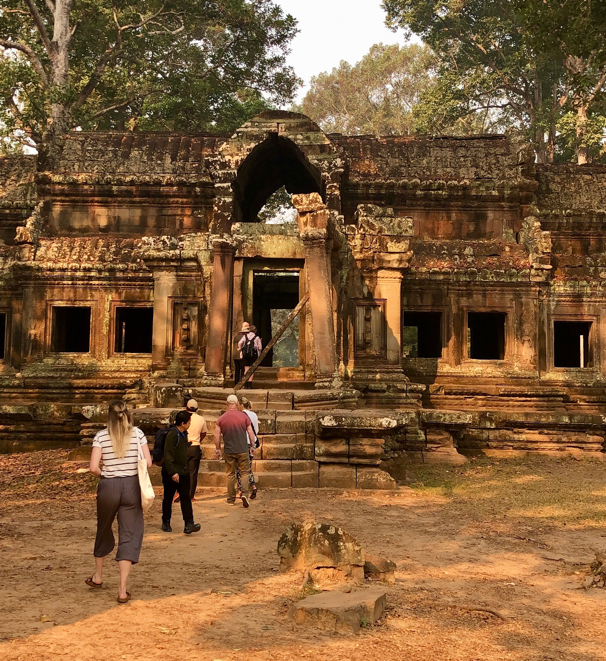 This section had been restored, it’s amazing what they can piece together. 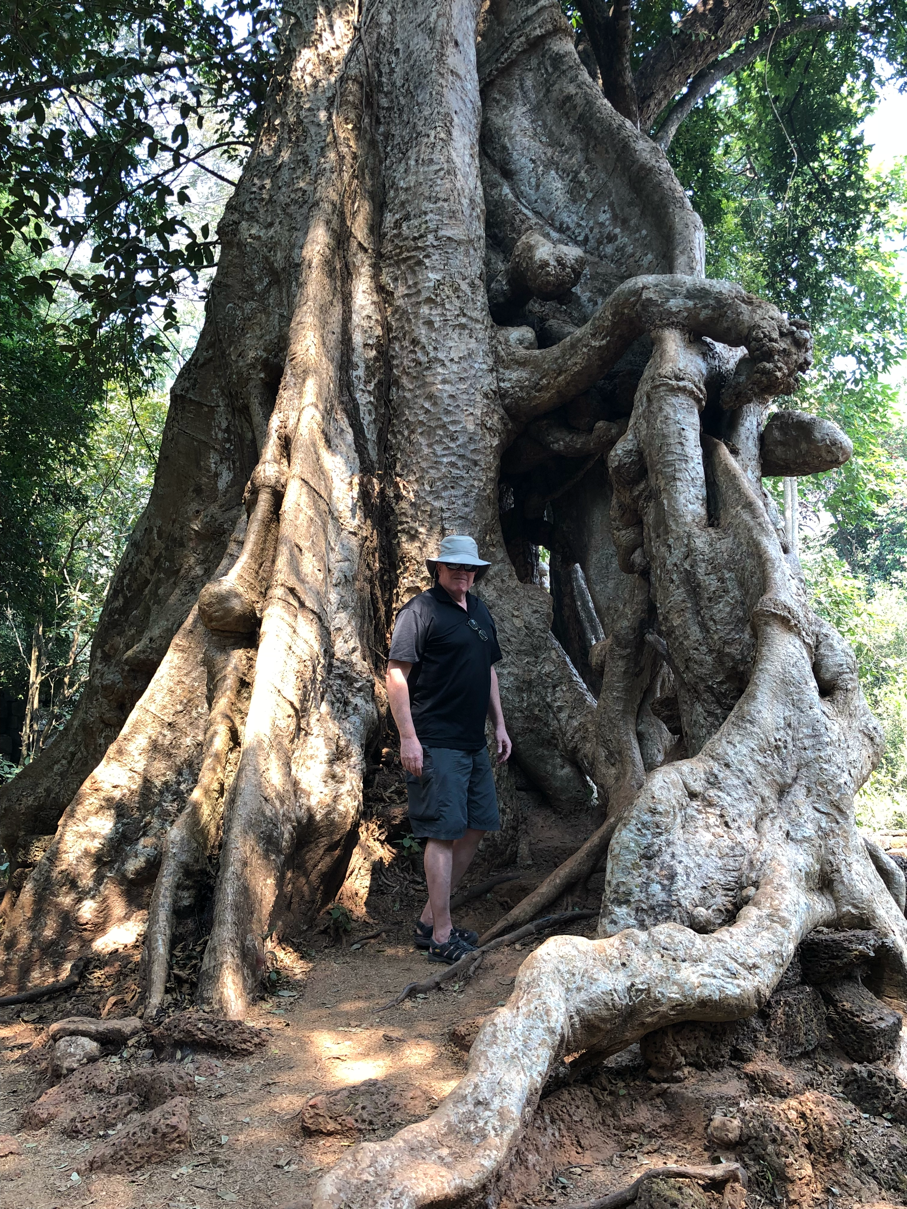 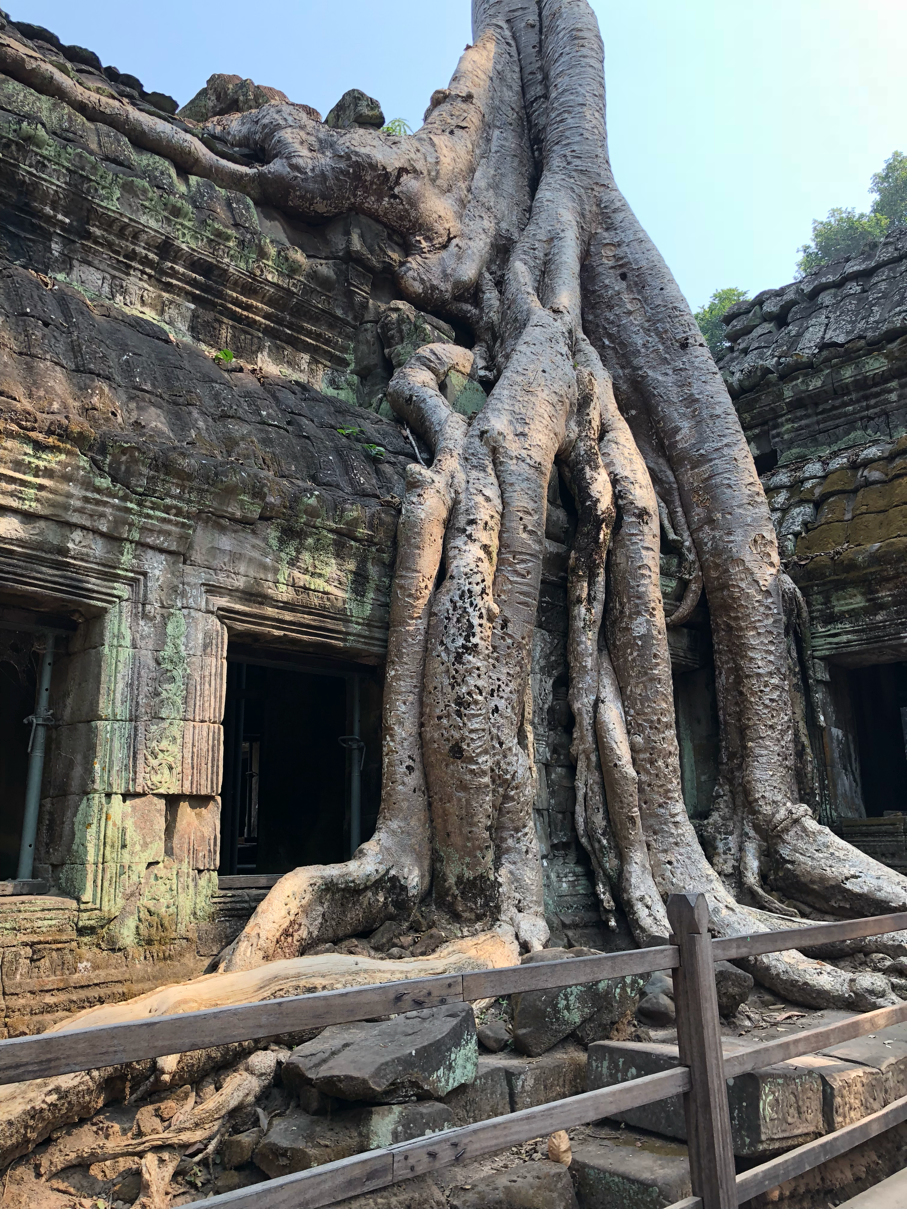 Many of the trees are part of the temple now. 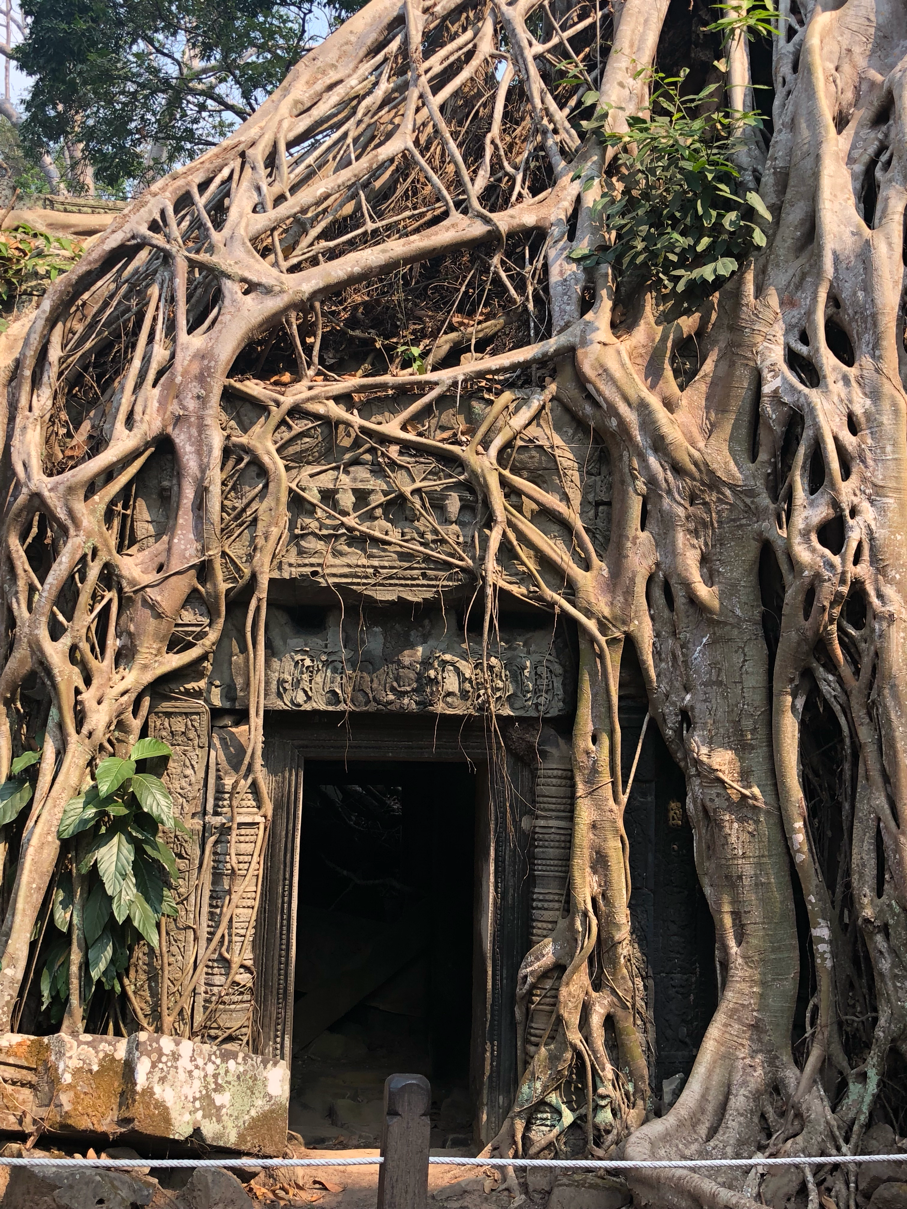 That’s definitely an eerie look!
Posted by The Nomad Retirees at 9:00 PM